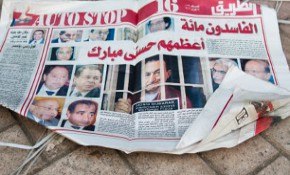 Egypt should be careful what it wishes for. According to YouGov’s latest survey of Egyptian public opinion, a majority (67%) want Hosni Mubarak, their deposed president, to face a death sentence if convicted of the charges against him. This compares with only 22% who oppose the sentence. Among the age groups of 18-24 and 25-29, support for execution rises to 77% and 70%, respectively.

It may be popular, but this event could actually do more harm than good to the progress of reform in Egypt.

The YouGov figures are hardly surprising, given that justice for Mubarak was a key demand of the protesters who led the revolution earlier this year from Cairo’s Tahrir Square. The same survey results also emphasize how important this sentiment still is: when asked what they saw as the most important issues facing Egypt at this time, respondents ranked Mubarak’s trial an overall third out of sixteen possible options. Only “eliminating corruption” and “economic growth” were listed as more important. This means that getting the former leader into court is a more immediate priority for many Egyptians than “education and literacy,” “employment” and “healthcare,” among other items.

Accordingly, in its role as caretaker government, the Supreme Council of the Armed Forces (SCAF) has wasted little time in acquiescing to protesters’ demands for such a trial. Among a group of senior officers who owe appointments and promotions in many cases directly to the man in the cage, this clearly has less to do with justice or progress and everything to do with keeping reformers away from Tahrir Square and a second revolution.

Putting Mubarak on trial is widely viewed within Egypt (and in parts beyond) as an important historic step for political progress in the Arab world. It could easily function otherwise, however, if popular passions are used to justify a short and shallow trial for Mubarak and fellow travelers, including his two sons, Alaa and Gamal. An Army-sanctioned show-trial will surely find easy traction in a national atmosphere that still demands immediate and decisive action. But it could also help the residual establishment to avoid a more detailed, time-consuming and complex trial process, and thus a more genuine accounting of the underlying misrule and czarism that still permeates many of the county’s key institutions.

If the Army has an ambiguous role in Egyptian progress, however, it is hard to discern much recognition of this in public opinion: 91% of respondents describe themselves as favorable towards it, and while senior military ranks might wish to temper their perceived role in national politics, a sizable majority of 68% believe the Army can play an important mediating role for the various political and social groups vying for influence in the new Egypt.

By comparison, it also remains significantly more popular than other key institutions. Just 40% of respondents described themselves as being favorable towards the Muslim Brotherhood. Meanwhile, a majority of 55% describe themselves as unfavorable towards it. By a similar token, al-Wasat, a religious party originally founded by break-away members of the Brotherhood with the manifesto of being ‘liberal’ and ‘centrist,’ was viewed as favorable by only 36%.

These numbers put paid to the more reductive scare-scenarios of Western observers who perceive the demons of 1979 and an Iranian-style revolution hanging over the country’s new politics, most notably in the form of the Brotherhood, either in its moderate or more radical expressions. Correspondingly, in a YouGov poll of Egypt conducted shortly after Mubarak’s fall in February, we asked respondents to select their preferred choice for Egypt’s new leader from a list of eight possible candidates. The top three received a combined 70% of the vote, none of whom represent the Brotherhood. Overall winner was Amr Moussa, former Secretary-General of the Arab League, with 49% of support, followed by Ahmed Zweil, the Nobel scientist, with 12%, and Omar Suleiman, the former intelligence chief and briefly vice president, with 9%.

Doubtless whatever emerges in post-Mubarak Egypt will, to some extent, reflect an increased role for political Islam that is more attuned to local circumstances and less defined by international narratives such as a the War on Terror, which was exploited by the country’s erstwhile leadership as an excuse for suppressing political and economic reform.

But as YouGov’s results also help to illustrate, Egyptian society reflects relatively low levels of enthusiasm for any kind of Islamist government.

If there’s a serious challenge to the evolution of a new liberal politics for Egyptians, it comes from the fact that the military regime underpinning the Mubarak-era still retains considerable control over key institutions of government, including law and order, much as it did before.

In their understandable enthusiasm for a fast and furious show-trial, Egypt’s new reformers should make sure that a stand against old-guard legal practices isn’t used as a fig-leaf for it.

Fieldwork was undertaken from 11-12 August, 2011. The survey was carried out using YouGov’s online Middle East panel of 260,000. Total sample size was 1012 Egyptian residents and the data was weighted to be representative of the urban adult population of Egypt, aged 18 plus.