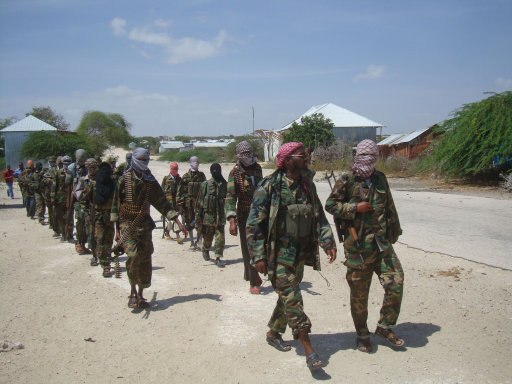 Somalia has been without an effective central administration since 1991, when the dictator Mohammed Siad Barre, who had held power for over two decades, was forced to flee when the Somali capital Mogadishu was captured by rival factions. In the resulting power struggle and civil war that still continues to this day, an estimated 4-5 million Somalis have died due to war and famine.

YouGov recently conducted an online poll on behalf of Al Aan TV’s Nabd Al Arab, to examine the views of MENA residents to the news that Islamist militant group al-Shabab, which controls much of present day Somalia has formally merged with al-Qaeda. The poll was conducted between 8-16 April 2012.

Al-Shabab, the “The Youth” or “The Male Youth” in Arabic, emerged as the militant youth wing of Somalia's now obsolete Islamic Courts Union (a collection of Sharia Courts that collaborated to form a rival administration to the Transitional Federal Government of Somalia). From 2006, when it initially fought Ethiopian forces that had entered Somalia to back the TFG, onwards, al-Shabab was gradually able to extend its influence to the point where it currently controls much of the south and centre of Somalia, including the second city & key port, Kismayo (It has imposed a strict version of Sharia law in areas under its control). However the organisation is under increasing pressure from Kenyan, African Union forces & the US military (through drone operations). Kenyan troops invaded from the south last year, while the AU force has pushed al-Shabab out of the capital, Mogadishu. In September 2011, the US launched a series of attacks by unmanned drones on suspected al-Shabab positions around Kismayo.

In the wake of the announcement, it is clear that the groups continue to evoke fear in respondents, with a clear majority believing that the merger announcement should be a source of alarm for the international community.

-       Respondents living in Egypt and North Africa* appear to be the most concerned - 33% state the merger announcement should ‘definitely’ be a source of alarm for the international community.

-       Only one in five of those living in GCC region claim the merger announcement should definitely be a source of alarm.

-       Alarmingly, 45% of respondents think that the merger announcement will help al-Qaeda in its recruiting efforts. This is particularly true of those in North Africa and Egypt, where over half of respondents believe this will be the case.

-       12% of respondents believe the merger announcement will result in al-Qaeda becoming a much stronger group and 11% believe it will lead to an increase in terrorist attacks in Africa.

-       36% of respondents believe the merger announcement will lead to increased military action from Somalia leaders against al-Shabab (In Egypt, this rises to 47%).

-       The majority (55%) do not know how the merger announcement will affect military action from Somalia leaders.

The announcement of the merger has come as a surprise to the slight majority of respondents in the online poll:

-       39% of respondent’s claim they are surprised to hear about the merger announcement and 14% claim to be ‘very surprised’.

-       Those living in Egypt are the most surprised to hear about the announcement with 54% claiming to be either “somewhat” or “very surprised”.

Many political commentators feel that the merger is a last ditch gamble by both groups – with al-Qaeda’s last “successful” attack on a Western country in 2005 and al-Shabab struggling to hold its positions in Somalia. Part of al-Qaeda’s struggle has been attributed to the loss of previous leader, Osama Bin Laden in 2011.

-       34% of respondents believe the merger announcement between al-Qaeda and al-Shabab is “merely a propaganda plot to gain coverage for two groups in decline”. Only 3% strongly disagree with this statement.

-       The view that the merger announcement is merely a propaganda plot is particularly strong in North Africa where 14% strongly agree.

-       30% of respondents believe the merger announcement reveals al-Qaeda is having problems (this number rises to 39% in Egypt).

-       Similarly, 30% believe that it reveals that al-Shabab is having problems. Around two in five of respondents in North Africa* and Egypt agree with this compared with just over a quarter (27%) of those in the GCC region.

Another potential reason for the merger is the apparent erosion of al-Qaeda’s own strength within Africa. The merger has led to claims that al-Qaeda will now once again, launch a fresh wave of attacks against targets in the West, using al-Shabab trained operatives (London-based Royal United Services Institute think-tank recently warned that around 50 British nationals were training with al-Shabab and could return to attack the UK).

In June 2011, Somali police were reported to have assassinated Fadi Harun (also known as Fazul Harun), one of Africa's most wanted al-Qaeda operatives, when he and an accomplice accidentally attempted to cross a police checkpoint. Harun was reputed to be the head of al-Qaeda in East Africa who operated in Somalia and is accused of playing a lead role in the 1998 embassy attacks in Nairobi and Dar es Salaam, which killed 240 people. He also already played a prominent role in, at that time, the closely affiliated al-Shabab group.

-       13% of the respondents in Egypt and North Africa* state that Harun’s death “contributed a lot” compared with only 4% of those in the Levant region.

With Harun’s death, conspiracy theories abounded and whilst the overwhelming majority of respondents do not know how he died (74%), a small number believe that al-Shabab leader, Abu al Zabyr was behind his death (3%).

When asked about the primary reason of al-Shabab’s decision to merge with Al Qaeda, the most popular reason (10%) is that al-Shabab is getting weaker against Somali and African forces and hence they need the support of Al Qaeda.

When asked about the primary reason for al-Qaeda to announce the merger, the most popular reason was that al-Qaeda wants to extend their operations and they need al-Shabab’s help to do this.

-       10% believe al-Qaeda wishes to increase its membership base

This survey was conducted using the YouGov online panel in the MENA region and the results are based on the responses from this sample of Arabs.

The distribution of the 2033 respondents is as follows: