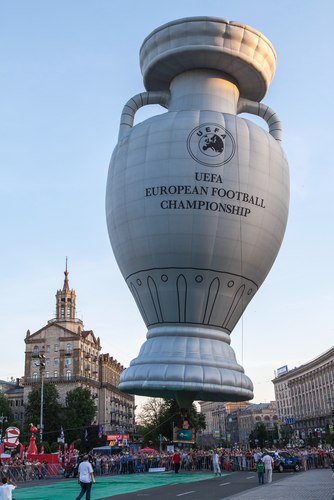 Spain are the clear favourites to retain their UEFA European Football Championship title amongst those likely to watch Euro 2012 within the MENA region. Responding to a recent YouGov football research study, 33% are willing the Spaniards onto victory. Germany poll second with 16% of the vote whilst the other traditional powerhouses of European football, Italy, England and France poll 11%, 10% and 9% respectively.

When asked whom they ‘expect to win’ the tournament, the answer is more definitive with Spain collecting 36% of the vote, Germany 20% and England, the best of the others on 10%. Surprisingly the Netherlands, beaten finalists in the 2010 FIFA World Cup™ only garner 6% of the ‘expect to win’ vote (and 4% of the ‘want to win’ vote). If Spain manage to retain the title they won in 2008, they will be the first team to achieve this feat.

Only 46% of those likely to watch Euro 2012 have seen any promotional material connected to the tournament itself which suggests this competition is favoured less than other tournaments by broadcasters and marketers.

The Spanish La Liga is the most popular foreign national league championship - 48% of respondents expressing an interest in football state they follow this tournament, compared to 34% that follow the English Premier League. The Italian, German and French leagues are each followed by 20% or less of respondents.

44% of respondents follow regional domestic leagues. The rates are higher in countries such as Egypt (65%) and Saudi Arabia (50%) where the standard of league football is generally considered to be better than in other countries in the region.