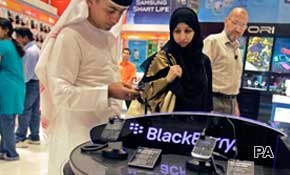 Blackberry chose Dubai as one of the ten launch cities for the release of its new device, the BB Z10. The phone was released in the Middle East on February 10, weeks before its expected launch in the US. The UAE’s love of cutting edge technology undoubtedly encouraged BlackBerry to include Dubai in the launch, but will it be enough to translate into BlackBerry sales? In the days leading up to the launch, YouGov conducted an online survey using its online panel across the MENA region, among 1,746 respondents to understand consumers views on the BBZ10 and whether the new offering from Blackberry was likely to make them switch or upgrade their current smartphone.

Generally, interest in the launch of the BlackBerry Z10 is high among online respondents, with 46 percent indicating they are excited about the launch, particularly in the UAE, where 65 percent of respondents agree. Online respondents are particularly interested in the features of the new BlackBerry. New screen features are paramount, with 48 percent of respondents stating the phone being entirely touchscreen is an important new feature, and 43 percent saying the same about the phone’s increased screen size. Looks aren’t everything though, with 46 percent citing the phone’s applications. Nearly one-quarter of online respondents believe that the BlackBerry Z10 seems better than other premium smartphones available on the market.

The hype surrounding the BlackBerry launch is indicative of a general interest in technology across the MENA region. Online respondents in the Middle East are highly aware of a variety of mobile phone manufactures and devices, particularly those 18-24 years-of-age. Awareness of Samsung is highest, at 76 percent in our online survey, followed by Nokia (74 percent), Apple (67 percent) and BlackBerry (61 percent). Awareness of BlackBerry amongst online respondent is highest in the UAE at 77 percent.

Mobile phones made by Nokia and Samsung are the most common primary mobile phone owned by online respondents across the Middle East; approximately one-third of respondents own each. However, ownership varies significantly by geographic location and income in our online survey For example, while 67 percent of Nokia owners earn less than USD1,065 per month, 60 percent of iPhone owners make more than USD1,065 per month. Online respondents in Saudi Arabia are the most likely to own a Samsung as their primary mobile phone (28 percent), compared to the second most popular, Apple (24 percent).

When asked to rate overall satisfaction with their primary mobile phone, online respondents who use iPhones are the most satisfied (97 percent), followed by Samsung owners (96 percent), and Nokia owners (93 percent). In comparison, 88 percent of BlackBerry owners say they are satisfied overall with their mobile phone. Speaking specifically, BlackBerry owners are most satisfied with their phones ‘ease of use’  (43 percent agree), and least satisfied with its battery life, with 42 percent saying they are dissatisfied.

The survey was conducted using YouGov’s Online Panel and all questionnaires were completed between February 8th – 10th 2013.  The results are based on a total sample of 1,746 MENA residents.  YouGov’s panel is broadly representative of the online population across the MENA region.