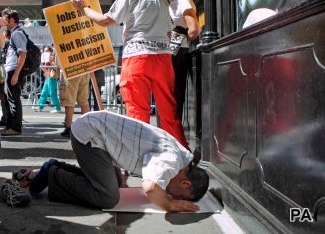 (Week of 4/20/2013)  The brothers suspected of setting the bombs at the Boston Marathon last week had lived in the United States for ten years; one was apparently a U.S. citizen. They were also Muslim. And the latest Economist/YouGov Poll suggests that many Americans question the loyalty of Muslim-Americans. 44% think of them as less patriotic than other Americans. 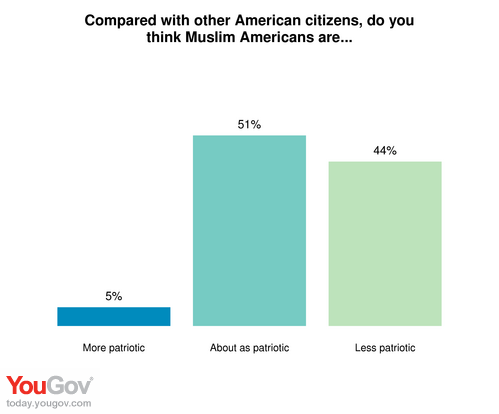 There is particular concern among older Americans and among Republicans. 60 percent of respondents aged 65 and older, and 70 percent of all Republican respondents, regard Muslim-Americans as less patriotic than others. On the other hand, over half the public believes that Muslims are as patriotic as other citizens.