Timeline: YouGov research puts the views of the British people on Syria in the heart of the debate

The power of public opinion to shape events and public debate has never been more evident than during this past week.

As early as Sunday, a YouGov poll revealed that British military involvement of any kind would likely face public opposition: only 9% supported sending British troops, while 74% opposed the move.

Only 9% of the public support sending British troops to fight in Syria, while 74% oppose it - http://t.co/oB9exq0zsR

On Monday, with the stated aim of debating and voting on possible responses to the chemical weapons attacks, PM David Cameron said Parliament would be recalled the following Thursday.

Then on Wednesday, August 28th, the front page of The Sun read “Brits say no to war in Syria” and cited powerful new YouGov polling which showed the British public opposed the most likely military action – missile strikes – by a ratio of two to one, or 50%-25%. 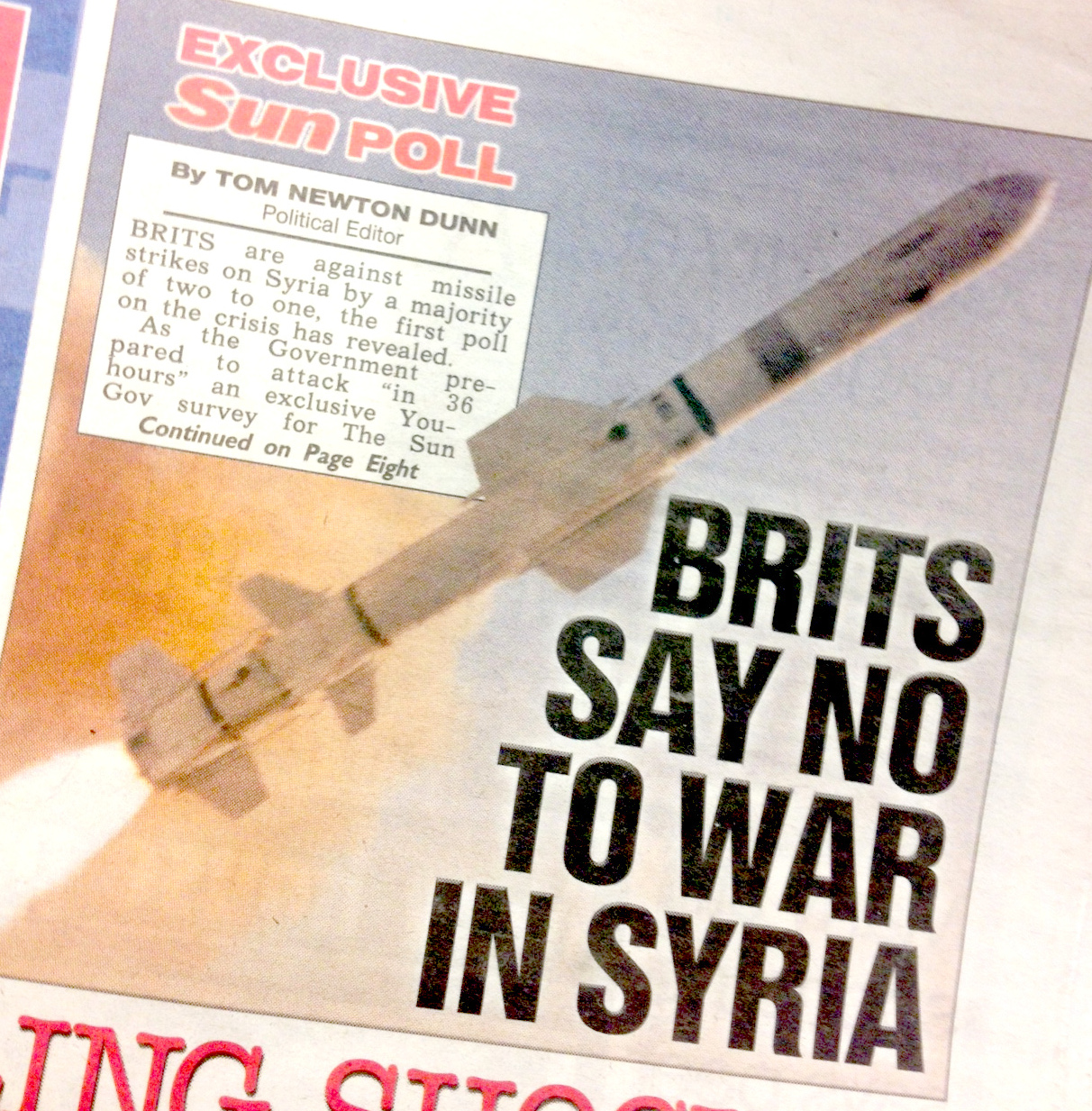 Meanwhile the front page of The Times featured the same poll, noting that it “suggests that voters overwhelmingly oppose… the use of British missiles against missile sites inside Syria.” 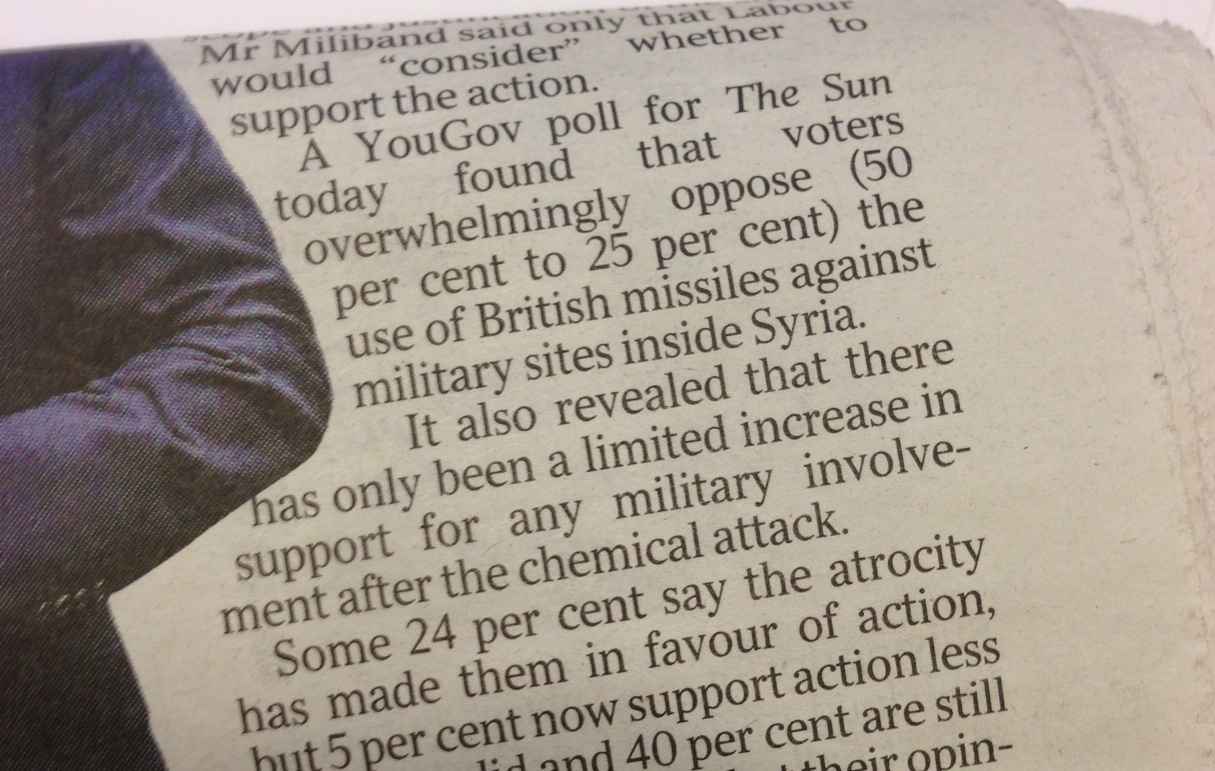 The figure was also mentioned in the Daily Mail and The Independent included data from August 25th in a piece comparing the case made for the 2003 invasion of Iraq with the case for intervention in Syria.

The following day, on the morning before the Commons debate on Syria, the front page of The Times featured a new YouGov poll showing that “public opposition to military intervention has hardened in the 24 hours since No 10 confirmed it was considering a bombing strike.” The poll showed support for missile strikes had dropped from 25% to 22% and opposition was up to 51% from 50%.

A spokesman for No 10 said: "The PM is acutely aware of the deep concerns in the country caused by what happened over Iraq. That's why we are committed to taking action to deal with this war crime – but taking action in the right way, proceeding on a consensual basis."

Later that day and after hours of debate, in a 285-272 vote MPs rejected David Cameron’s call for possible military action in Syria, leading Cameron to rule out any UK involvement in US-led strikes.

In a statement following the decision Cameron said:

It is very clear tonight that, while the House has not passed a motion, it is clear to me that the British parliament, reflecting the views of the British people, does not want to see British military action. I get that and the government will act accordingly.

In the aftermath of the vote, some Labour MPs reiterated Cameron’s claim that the vote reflected the “views of the British people”.

Shadow health secretary Diane Abbott said: “The British people have seen this movie, they know how it ends. That is why the public is two to one against bombing Syria.”

Even outside of Britain, public opposition – as evidenced by YouGov's polling – was cited as important to driving Thursday evening's events in the House of Commons, including in newspapers from the United Kingdom's potential allies in military action against Syria, such as The Washington Post and The New Yorker in the United States and Le Monde in France.