Ahead of a Congressional vote to approve Barack Obama’s plans for a "limited" US strike against Syria, a new YouGov poll for the Sunday Times finds that the British public tend to oppose American intervention, even without British involvement. Britons also widely see American action as unacceptable without UN approval – which the US is unlikely to get.

Even without Britain playing a role, just 25% of Britons would support missile attacks against Syria carried out by the United States. Almost double that number, 47%, would oppose such action. 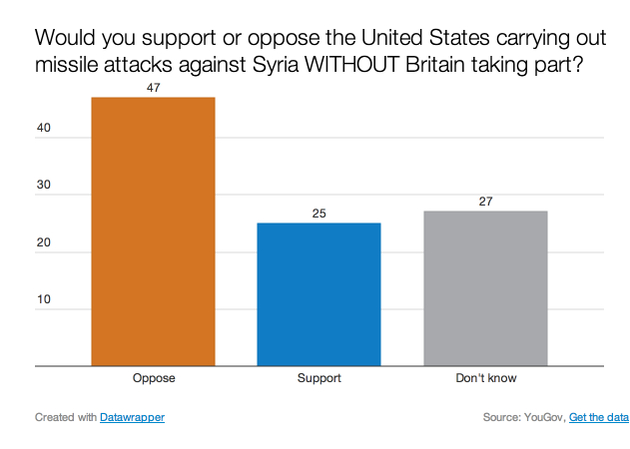 It also appears that opposition increases if the US acts without UN approval.

73% of British adults think it ‘would not be acceptable’ for Barack Obama to order military action without the approval of the United Nations. 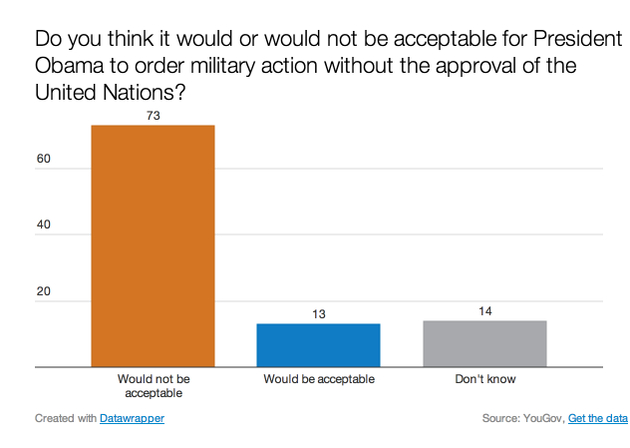 Only 13% say it would be acceptable for Obama to order military action without the approval of the UN.

In the event that the US Congress does vote in favour of missile strikes, the US is highly unlikely to win UN approval, given Russia and China have refused to agree to a UN Security Council resolution against Syria.

British opposition to missile attacks by other countries could suggest that their distaste for intervention is not born wholly out of national self-interest.

The poll also shows that 37% of Britons do think Parliament’s decision to block military action is good for Britain’s reputation in the Arab world, suggesting that opposition to US intervention might also be driven by a desire to avoid doing damage to the reputation of the West in the Middle East. 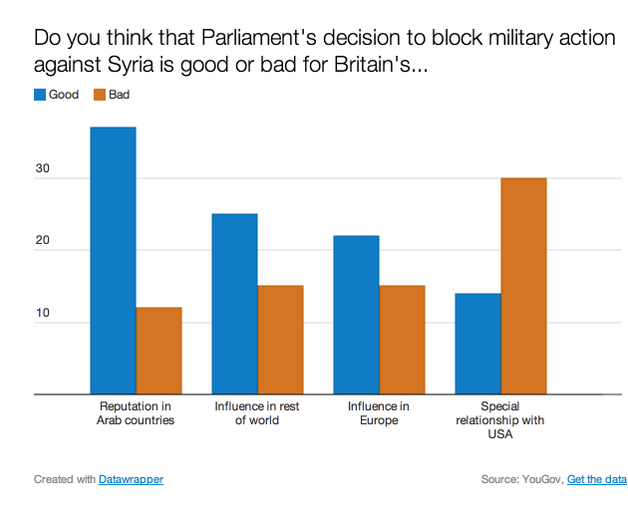 Echoing concerns voiced in the media that Britain has been sidelined from US discussions on Syria, however, twice as many (30%) Britons do say Parliament's decision has been bad for the UK's relationship with the US as who say it has been good (14%).

A vote in the Democrat-controlled Senate is expected this week, with a vote in the Republican-controlled House of Representatives due soon after. The House, however, is yet to even agree on the text of the resolution, and additional time needed to reconcile separate resolutions from either house could delay the process by additional days or even weeks.