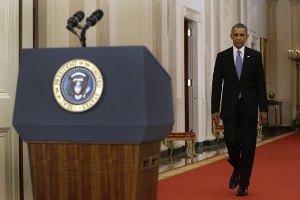 Kathy Frankovic is one of the world’s leading experts in public opinion polling. She has been an election and polling consultant for CBS News and other research organizations

Americans are unsure of who they want to win the Syrian Civil War but they are sure that they do not want the US to take military action in Syria.

In his Tuesday address to the nation, President Obama had to make the case for military action against Syria to an American public more opposed to confrontation –even against terrorism – than at any time in his Presidency, and especially opposed to U.S. engagement in Syria.  In the latest Economist/YouGov Poll, conducted just before the President spoke, many Americans were not sure which side to support, and were ready to believe that both the Syrian government and the rebels have committed war crimes. 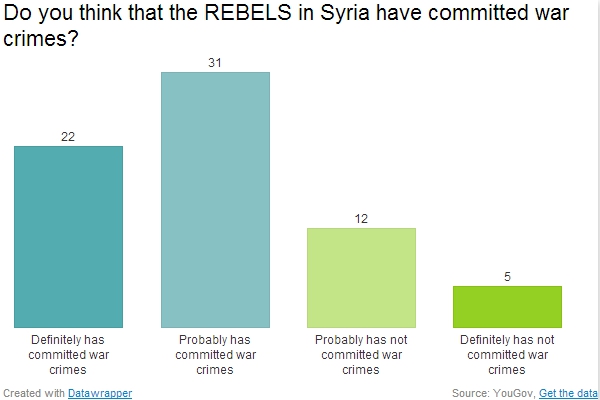 Liberals side with the rebels by more than six to one, while conservatives with a choice are split.  But nearly two in three Americans say they don’t know which side they want to emerge victorious.

Some of that confusion is clearly due to the belief held by most Americans that both sides have committed war crimes.  69% think that Syrian government has done this, 53% say the rebels have. 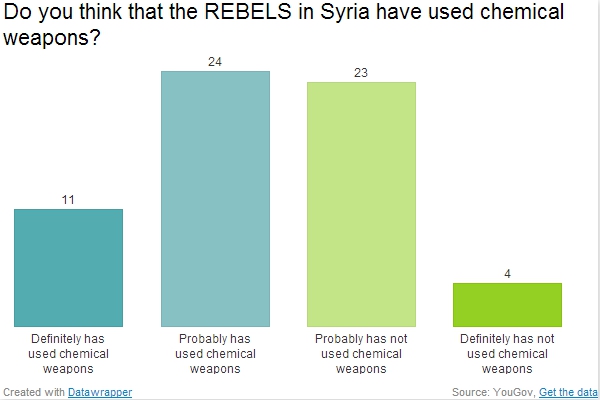 There is evidence in this poll that Americans do see the Syrian government as worse than the rebels.  Two in three think that the Syrian government has used chemical weapons, agreeing with the President and Secretary of State John Kerry that there is “irrefutable evidence” that those weapons have been used by the government against its own people.  But over a third say the rebels have used chemical weapons, too, although there have been no confirmed allegations of this happening. 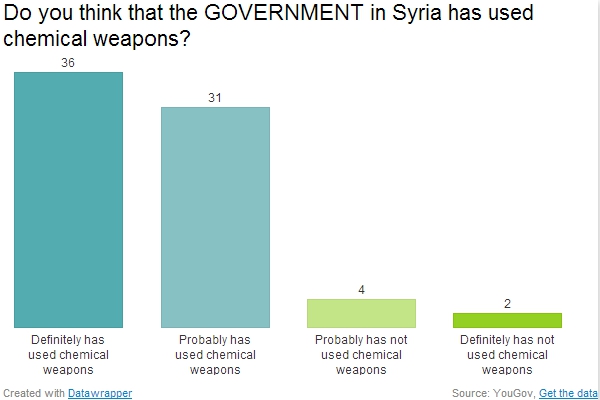 For most Americans, the use of chemical weapons constitutes a war crime.

So when asked which side has committed more war crimes, by four to one, Americans say the government has.  On this, there is no partisan difference. 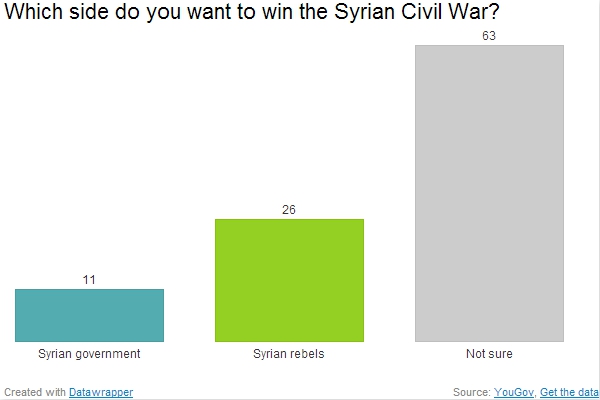 In addition, more than four in ten are strongly opposed.  Majorities of conservatives and independents say that.   Those who report having heard a lot about the use of chemical weapons in Syria also strongly oppose military intervention.  25% in this group support intervention; 70% oppose it.

The public does think President Obama has made up his mind what he will do: by 45% to 12%, they believe he will order military force against Syria.

Perhaps because they believe he has made up his mind to intervene, Americans don’t think the President is doing a good job when it comes to Syria.  Just one in four approve of his management of that situation.   More than half disapprove. 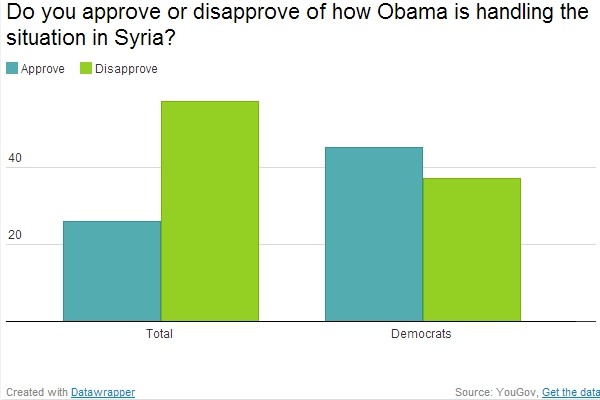 Even many members of the President’s own party are unhappy with his handling of Syria:  37% of them disapprove, while less than half approve.

The Syrian situation has hurt the public’s overall assessment of the President.  In this week’s poll, his overall approval rating has dropped to just 38%, only two points higher than his lowest rating ever.   56% disapprove. 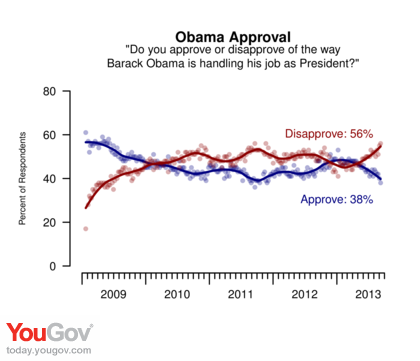 In the next week or so, Congress may vote to accept or reject the President’s proposal.  Many Senators and Representatives have yet to announce their position (and the President will certainly try to move them to his side, should diplomatic efforts fail).  The vote to authorize the invasion of Iraq in 2003 mattered in the next Congressional election, and the vote to authorize force against Syria may have a similar impact.  More than half say it will be an important factor in their vote, though it will be the most important factor for just 8%. 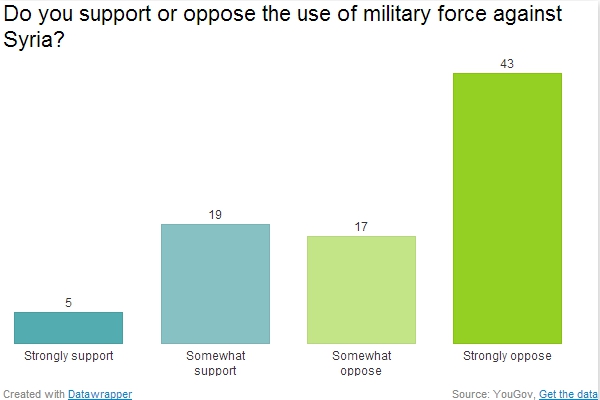 Opponents of the use of military force are more likely to claim it will matter to them next November: three in four of those strongly opposed to the use of force say this issue will be important to their 2014 vote.

Full results can be found here.

Kathy Frankovic is one of the world’s leading experts in public opinion polling. She has been an election and polling consultant for CBS News and other research organizations