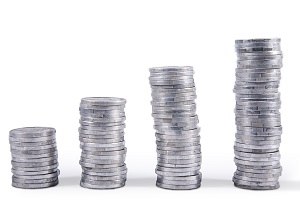 The 2014 Bayt.com MENA Salary Survey, conducted by Bayt.com, the Middle East’s number one job site, and YouGov, has revealed that expectations of a pay rise in 2014 are high in the UAE, though 44% of professionals surveyed confirm they didn’t receive a pay rise in 2013.

A large proportion of the UAE is underwhelmed by their income, with 46% claiming to be dissatisfied with their pay, compared to just 4% who are highly satisfied with what they receive. Over a quarter (28%) believe that men and women receive equal pay for doing the same work. A significant seven out of 10 (70%) professionals surveyed believe that the salary they receive is less than what other companies in their industry pay.

In 2013, 46% of UAE respondents say they did not receive a salary raise. For those who did receive a raise, 52% were discontent with what they received while 48% were satisfied. Over a quarter of UAE respondents (26%) do not expect to receive an increase in 2014, though 32% anticipate receiving a pay rise of up to 15%.

In the UAE, the most common benefits received by employees are personal medical insurance, personal annual air ticket and housing allowance. Bonuses are received by 32% of respondents. For 35% of UAE respondents, foregoing part of their salary to work flexible hours is something they would consider.

According to 74% of UAE respondents, their company does not pay for any overtime they do. Companies that do pay for extra office hours, for the most part, pay a normal hourly rate, though 30% pay time and a half. Only 13% of companies in the UAE pay employees for time spent doing civil service.

Three in 10 UAE respondents state that loyalty to their company is not based on the salary they receive. Rather, they consider that their loyalty is based on opportunities for long-term career advancement (40%), their line manager (39%), and senior management and the company’s brand and reputation (both at 33%).

In the UAE, 74% of respondents receive an end-of-service gratuity, while 5% receive a pension upon retirement. 17%, however, receive neither, though 59% of those who do not currently receive a pension state that they are interested in a pension plan to which they would contribute a percentage of their basic salary, in addition to company contributions.

According to 90% of UAE respondents, the cost of living increased in 2013, with 38% claiming it rose by more than 20%. Increases have mostly affected the cost of rent, food & beverages, and utilities - 88% of respondents expect that it will continue to rise throughout the year. The rising cost of living has also limited respondents’ ability to save; 28% in the UAE claim to have saved nothing from  their monthly salary.

Despite this, 51% of UAE respondents believe that they are better off now, in terms of quality of life, than they are in comparison to their generational peers in their country of residence.

61% of UAE respondents intend to look for a better job in the same industry in the next 12 months, and 65% believe that salaries in the UAE are on the rise. This is considered to be due to inflation and the rising cost of living, as well as opportunity and economic growth, and intense competition for attracting and/or retaining talent. Factors observed by UAE respondents which are inhibiting salary increases include poor economy, employer-friendly laws, and more top talent than top jobs in the local market. 30% of respondents believe there is an excess of talent in the UAE.

“The results of the 2014 Bayt.com MENA Salary Survey suggest that salaries are not consistently keeping pace with the rising cost of living in the UAE. This seems to be a general trend across the MENA region that companies must address if they want to win today’s increasingly intense war for talent,” said, Suhail Masri, VP of Sales, Bayt.com. “The Bayt.com MENA Salary Survey is an annual study that reveals the levels of satisfaction with salaries across the Middle East and North African region. This information is vital for employers and job seekers in the region alike; it helps them benchmark and anticipate their unique salary situations and make informed, empowered work and life decisions.”

“Overall employees across the MENA region seem rather dissatisfied with their salary – with a significant minority unable to save anything of their wages. Undoubtedly, employees feel short changed and in the UAE in particular, where we see relatively low loyalty, an increase in cost of living and a presumption other employers pay more, we may see significant churn over the next year as employers struggle to match employees expectations.” said Sundip Chahal, CEO of YouGov MENA.

The majority (82%) of respondents in the UAE eat out at least a few times a month, with 31% choosing to eat out a few times a week and a further 19% eating out on a daily basis. Dining out is considered to be the top monthly expense by 38%, followed by travel (24%) and entertainment (22%). Holidays taken by UAE respondents in the last 12 months have mostly involved travel to international destinations (29%), though 27% have had vacations within the UAE. 33% of respondents have not been on holiday in the past 12 months.

Most (75%) respondents from the UAE fall into three, near-even categories according to time spent in their current career: 23% have worked in their current career for less than 3 years, 27% have worked in it for 3-6 years, while 25% have remained in the same career for 7-10 years. Four in 10 (40%) have been with their current employer for 2-5 years, compared to 37% who have been with them for 1 year or less. On average, most respondents spend no more than 3 years with an employer.

The majority of respondents (37%) have up to five people reporting to them, either directly or indirectly, and consider themselves to be at a ‘fairly senior’ level, or midway in terms of their seniority (79%).

Data for the 2014 Bayt.com MENA Salary Survey was collected online from April 20-28, 2014. Results are based on a sample of 9,537 respondents. Countries that participated are UAE (2176 respondents), KSA, Kuwait, Oman, Qatar, Bahrain, Lebanon, Syria, Jordan, Egypt, Morocco, Algeria, and Tunisia.