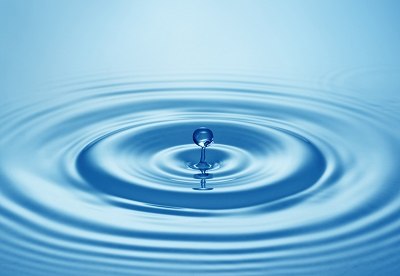 Many events over the past 12 months have made their mark on different corners of the world. Here we reveal six major events that have had a personal impact on residents across the Middle East and North Africa.

Of these respondents, half told us the situation had had a direct impact on their country of residence, and was particularly the case for residents in the Levant region. GCC residents stated they feel their government is taking proactive measures to enhance safety the most (44%), however those residing in the Levant region expressed this the least.

The Ebola outbreak in West Africa

80% of respondents also told us they were aware of the Ebola outbreak in West Africa. Of those, over half agreed their government was proactive in taking effective measures to deal with the outbreak, and 55% said they had personally taken extra precautions such as washing their hands more and avoiding very densely populated areas. However MENA residents felt overall the event had had very little impact on them personally.

The disappearance of Malaysia Airlines Flight 370

68% of respondents said they were aware of the disappearance of the Malaysia Airlines Flight 370. However, when asked, the largest proportion of residents (49%) disagreed that “the plane’s disappearance has reduced how often I travel” - this was particularly the case amongst male travelers. Only 17% agreed with the statement, and 24% didn’t express either way. In addition, the majority of residents equally disagreed that the incident had “negatively impacted my emotional state to travel” (49%).

The dramatic drop in oil prices

The shooting in Ottawa & the hostage situation in Sydney

Respondents were the least aware of the shooting in Ottawa and the hostage situation in Sydney (both 27%). However of those that were aware, the majority we interviewed agreed with the statement “such events will increase levels of discrimination in the future” (54%).

Of the vast majority of respondents (93%), who said they are active on social media platforms such as Facebook and Whatsapp, a high 63% voiced concerns over the privacy of their personal information online as a major impact of 2014, this is more the case amongst females. These privacy concerns were heightened with Facebook’s recent takeover of Whatsapp – a consequence of which has made two thirds of concerned respondents somewhat more reserved when using social media platforms.

When asked how they feel about the year ahead, respondents across the MENA region are optimistic about 2015 with an overriding 67% saying they believe things will get better. This was emphasized the most by residents in the GCC and North Africa. We look forward to seeing what the New Year brings, and wish you a successful and prosperous 2015!

The survey was conducted amongst 623 residents in MENA between 25 December 2014 and 4 January 2015 using YouGov's Omnibus online research service. The data is broadly representative of the online population in the MENA region.