The Middle East has become synonymous with the oil industry, but is this becoming an old tradition?

In a recent Omnibus survey conducted by YouGov exclusively for Kippreport.com, 85% of residents in the UAE believe expats have had a positive impact on the UAE economy.

The study shows that 67% of residents claim the UAE economy to date has witnessed high rates of growth over the past 30 years. Although oil may be an extremely high driver of the economy in the Emirates, according to recent findings, tourism is the number one driver of the economy, followed by oil and real estate, as second and third, respectively.

These three sectors are also seen as drivers for the future growth of the UAE, with 39% of respondents predicting that the UAE economy will witness extremely high growth in the next 10 years. Although the same three sectors were perceived as top drivers, real estate beat oil by 1%, resulting in tourism as the number one driver, real estate as number two and oil as number three. 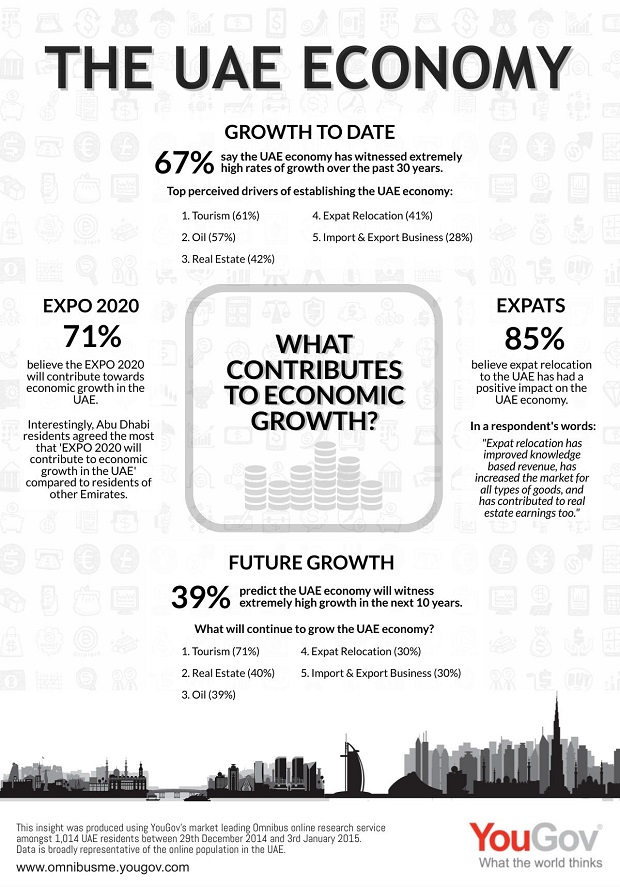