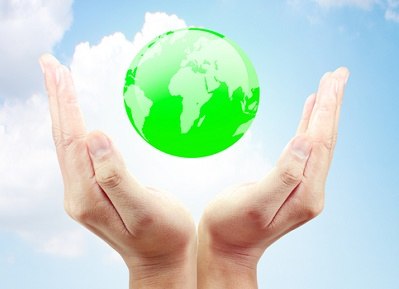 Safety and security are highly important to any member of society, not least to protect the young population that makes up a significant proportion of residents in the Arab world. In a new survey into opinions on safety in the MENA region, YouGov can reveal that the overriding majority of respondents feel safe in their country of residence.

Amongst 489 residents interviewed online, 74% expressed they generally feel safe in their home country. Interestingly it is females who feel the safest, with a reported 83% expressing they feel somewhat safe or very safe, as opposed to 72% of males overall. More males also expressed they feel the level of crime in their country has got worse (40%) versus 29% of females.

67% of respondents claimed their personal safety has either got better or stayed the same in MENA. Although this is a positive reflection of the region as a whole, it’s interesting to note, when asked, 38% of residents believe crime has actually got worse in their country over the past year. 3 in 10 also rate their country worse than Western countries when it comes to safety and security.

When looking comparatively between countries in the region, three-quarters of respondents said they feel their country is better than other countries when it comes to levels of safety and security, with over half (54%) stating their home country is ‘much better’. In addition, just over half of residents reported they believe their country’s safety and security is ‘much or somewhat better’ than Western countries.

The report indicates that people feel the most unsafe on the streets (40%) and public transport (39%) according to MENA residents.  That said, the confines of their own home and their neighborhood are expressed as the safest locations, according to 93% and 85% of residents respectively.

When considering the ways in which local governments are helping to make their countries safer, around a third of residents told us they are aware of a smartphone app which provides the ability to communicate with the police authorities. Interestingly, it was those aged 40 or above (44%) that are the most aware of the app, compared to younger residents overall.

However, of those who are aware, only 35% have actually downloaded the app onto their device - perhaps an indication that governments could do more to increase awareness amongst the younger population, or indeed that safety and security is not top of mind amongst the younger generation when it comes to app share on their mobile device.

However, of those that aren’t aware of the app, a significant 59% said they are keen to use an app for reporting crime, and 48% are keen to use one to better understand laws and regulations in their country. Almost two fifths were interested in using an app for traffic violations/paying fines and over a quarter revealed they would like to use one to track traffic news.

When it comes to overall quality of life in their home country, encouragingly, 60% of respondents in the MENA region stated that it had either improved or stayed the same in comparison to the last 12 months.

However, respondents also expressed a negative association towards changes in their country over the past year. There is a particularly bad affinity with financial status, with the majority (63%), believing the cost of living has worsened over the past year, compared to 9% who believe it has improved. This is mostly the case amongst residents aged 30-39 (72%).

The survey was conducted amongst 489 residents in MENA between 16 - 26 January 2015 using YouGov's Omnibus online research service. The data is broadly representative of the online population in the MENA region.