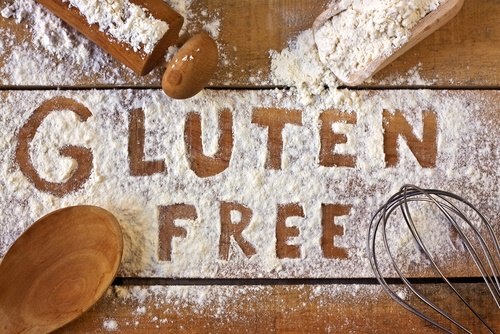 Free From foods are foods that are free from allergenic ingredients such as gluten, wheat, dairy, lactose, egg, nut and soya. With food allergy or intolerance sufferers estimated in their millions amongst the world’s population, the concept of Free From foods is becoming increasingly prevalent amongst consumers.

Findings from a YouGov study into attitudes towards Free From foods indicate that healthy eating and the best chance of avoiding a food allergy/intolerance are associated with home cooked food according to the majority of residents interviewed in MENA.

‘Eat food prepared at home’, ‘Try to avoid eating out’ and ‘I try to cook my own food as much as possible’ are just some of the immediate thoughts that come to mind when thinking about food allergies and intolerances amongst residents from across the region.

The study reveals that in a typical week day, 56% of respondents eat food prepared by their household. This is particularly the case amongst females who tend to prepare home cooked meals for themselves and their families, whereas males are more likely to buy food from a fast food store.

Unsurprisingly, the weekends attract more residents to dine out, the majority of which are higher income earners and Asian expats. Interestingly, the study reveals it is also Asian expats that are the most aware of food allergies/intolerance sufferers in their family, and agree the most with the statement that more people suffer from them nowadays than in the past. The lowest proportion of residents who dine out are Arab expats.

Overall, almost half of respondents (49%) indicate they have at least one food allergy/intolerance, and 15% say this is the case for someone in their family.  The findings also illustrate evidence of the profound effect food allergies/intolerances have on people every day, with almost four in 10 respondents agreeing that food they restrict, or would restrict their lives. This is particularly the case amongst those aged 30-34.

When asked to comment on how they feel about food allergies, one respondent said, “I feel afraid and insecure,” and another felt, “It must be difficult to adapt ones diet to reflect these intolerances.” According to those who are affected by a food allergy or intolerance, the most common causes are from egg (11%) followed by sulphur dioxide (10%), mollusks and fish (9%), peanuts and crustaceans (8%), nuts and dairy and lactose (6%).

Generally, respondents believe that food allergies and intolerances are taken seriously in the MENA region. However there appears to be a low level of awareness regarding the concept of Free From foods, with 63% saying before taking the YouGov survey, they were not aware of the existence of Free From as a brand. Just 11% say they have tried a Free From food in the past, of which gluten, soya and sugar free products were consumed the most.

For some, it appears the instinct to avoid foods completely overrides any notion of tasting foods ‘free from’ the offending ingredient when allergic or intolerant. When asked to express the first thought that comes to mind when discovering a food they are intolerant to, ‘avoid eating it’, ‘avoid it completely’ and ‘stop eating it’ are just some of the reactions that spring to mind for residents.

In addition, 7 in 10 respondents from across the region declare themselves as foodies, of these, the highest proportion are of Asian origin and younger age groups, however 11% declare they don’t actually know if they have a food intolerance or not.

Encouragingly, there is interest in the phenomenon of Free From foods, 48% of respondents say they have bought a Free From food in the past even though no-one in their household has a food intolerance or allergy, simply because they wanted to try it out.

With nearly half of respondents indicating they suffer from a food allergy or intolerance overall, and such a high proportion choosing to eat at home with a high affinity to healthy home-cooking, it appears the home cooked food market could be the direction to increase the most awareness of the Free From concept in MENA.

This survey was conducted using YouGov’s Omnibus online research service amongst 516 residents from across the MENA region between 1 - 7 February 2015. Data is broadly representative of the online population in MENA.