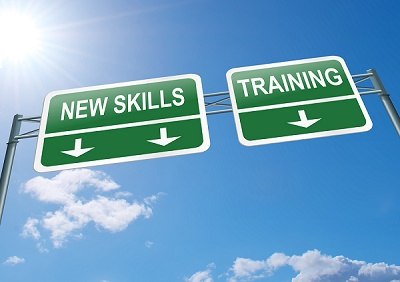 Overall, 44% of respondents enjoy coming to work every day, and 40% are satisfied with their present job, with 18% of them being “very satisfied”. Respondents in Egypt seem more satisfied with their current job than their counterparts elsewhere in the MENA; close to one fourth (24%) claim that they are “very satisfied”. 32% of respondents see themselves working for the same company for the next two years, while 61% are actively trying to move to another organization. About 1 out of every 2 respondents strongly believe that they could easily find a similar job in another organization. Low base salary (66%) followed by lack of career growth opportunities (62%) are the main reasons for leaving an organization.

Over one third strongly do not believe that their company’s environment is happy and pleasant, and only 2 out of 10 strongly think that the morale in their company is high, while 38% have an opposite opinion.

The majority of respondents (56%) say that the performance of their organization is improving or staying the same. Respondents in Lebanon seem somewhat more optimistic with 37% of them feeling that their organization’s performance is becoming better, while on the other hand 35% of those in Jordan believe the opposite. Only 27% believe that their company shows an interest in the wellbeing of its employees. Almost half the respondents (48%) claim that they have a good work-life balance, while 52% believe the opposite. A higher proportion of respondents from the UAE (32%) are less happy with their working hours.

The benefits currently received from companies vary significantly from country to country. On average, 63% of respondents have medical insurance for themselves; 58% have holiday pay; and almost 1 out of 2 receive a sick pay.

In terms of preference, accommodation (43%) and medical insurance for both self and family (38%) are the most popular benefits. Most probably due to higher rental prices, accommodation is more important in the GCC (52%) especially in the UAE (55%), as compared to the Levant (25%) and North Africa (30%).

52% of respondents believe that they use their skills and knowledge to their full potential. On the other hand, only 36% say that they have a clear career path within their company. Approximately half of the respondents (47%) strongly think that training in their company is not designed in a way that would help them grow professionally.

Suhail Masri, VP of Sales, Bayt.com said: “It is interesting to see that only 29% of respondents are happy with training in their company, when the most important factor related to job satisfaction in the region is learning and personal growth. Companies should thus invest more time and effort in training their employees, ensuring that they have a clear career path, satisfying pay, and a job that gives them a sense of achievement and the opportunity to give back to their community.”

He continued: “At Bayt.com, our mission has always been to empower people with the tools and technologies to build their lifestyle of choice, and we want to empower employers by sharing valuable insights into the minds of professionals in the region so they can make better decisions when it comes to hiring and retaining their top talent. Tools like Bayt.com’s Company Profiles are a great way for companies to push their recruitment efforts through effective corporate branding.”

“It is through this kind of market research that the job landscape can begin to change from both the employer and the employee’s perspective,” said Elissavet Vraka, YouGov. “Results from the survey show that salary is indeed one of the most important factors for job satisfaction throughout the region, but other attributes – such as personal learning and growth – are of equal importance. Such results should provide a clear idea to companies who want to build a happy, engaged and loyal workforce – one that wants to stick around and come to work every day.”

Data for the Bayt.com “Job Satisfaction in the Middle East and North Africa” survey was collected online throughout March 2015, with 5,774 respondents, all of whom were employed men and women over the age of 18 years old. The survey polled people from varying nationalities including GCC Arabs, North Africans, Levant, and Western and Asian expats from the UAE, KSA, Kuwait, Oman, Qatar, Bahrain, Lebanon, Syria, Jordan, Egypt, Morocco, Algeria and Tunisia.