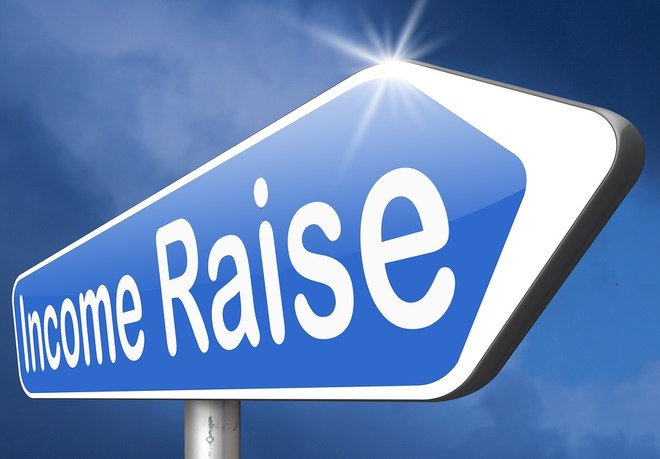 The 2015 Bayt.com MENA Salary Survey, conducted by Bayt.com and YouGov, has found that more than half of UAE professionals are expecting a salary increase in 2015, although 40% admit that they didn’t receive one in 2014.

Today, 50% of UAE professionals are unhappy with their income, compared to just 4% who are highly satisfied with what they earn. More than half (57%) of UAE respondents state that men and women get equal pay for doing the same work. Moreover, according to 66% of respondents in the UAE, their salary is lower than what other companies in their industry offer.

Surprisingly, 40% of UAE respondents said that they did not get a pay raise in 2014. For those who did, 25% were either very or modestly happy with their raise. Another 24% thought that their raise was fair in light of their contribution to the company or the organization’s financial situation – or even both. 52% of UAE professionals are quite unhappy or very unhappy with their raise.

Almost a quarter (24%) of UAE respondents do not expect to receive a salary increase in 2015. In parallel, 32% expect a raise of up to 15%. In the UAE, the most common benefits offered by companies are personal medical insurance (47%) and personal annual air ticket (42%). A total of 74% of UAE professionals claim that their company does not pay for overtime.

In the UAE, 73% of respondents receive an end-of-service gratuity and a mere 4% get pension upon retirement. 23% have access to other forms of end-of-service benefits or none at all. Approximately half of UAE professionals (47%) have access to medical insurance for themselves – through their company – while 19% are also offered coverage for their dependents.

The increased cost of living has, in turn, hampered these professionals’ ability to save: 27% of UAE respondents admit that they save nothing from their monthly salary. Still, 65% of expats in the UAE manage to repatriate a portion of their salary to their home country.

Despite the UAE’s high cost of living, 52% of UAE respondents say that they are better off, in terms of quality of life, compared to other people of a similar generation in their country of residence.

In the next 12 months, 59% of UAE professionals intend to look for a better job in the same industry, while 39% aim to find one in another industry. 64% believe that salaries in the UAE are increasing.

As for the factors causing salaries to jump, respondents in the UAE think that these include inflation/rise in cost of living (56%) and opportunity and economic growth (43%). On the other hand, the elements that are hindering pay rises are poor corporate performance/decreased profitability (26%) and a bad economy (24%)

“The 2015 Bayt.com MENA Salary Survey indicates that there is a growing gap between the cost of living in the UAE and salary earnings and propensity to save,” said Suhail Al-Masri, VP of Sales, Bayt.com. “Most respondents (79%) from across the Middle East and North Africa region are expecting a further increase in the cost of living in 2015. This means that employers must quickly address this widening disparity if they want to effectively tap into the local and regional talent pool. This study was especially designed to provide employers with insights into employee satisfaction levels with salary and raise received. Such information is key to guiding both employers and job seekers, so the mismatch between salaries and living costs can be successfully addressed. Ultimately, it is about equipping professionals across the career and industry spectrums with the right tools needed to make their next career move – one that can better suit their lifestyle. Tools such as the Bayt.com Salary Search can help employers uncover the salaries that are being paid in their industry. This way, employees will be happier with their pay and will have less reason to worry about the rising cost of living.”

Elissavet Vraka, YouGov, also added: “With about one-third (32%) of respondents from across the region admitting that they are unable to save any money at all, there is no doubt that the need for a salary boost, especially as prices continue to climb, is a very real one. After all, this is impacting employees’ loyalty to their company and encouraging them to jump ship. If they want to retain their employees, employers, on their part, will have to find new ways to improve their salary packages.”

Data for the 2015 Bayt.com MENA Salary Survey was collected online between March 30 and April 6 2015. Results are based on a sample of 12,158 respondents across the UAE, KSA, Kuwait, Oman, Qatar, Bahrain, Lebanon, Syria, Jordan, Egypt, Morocco, Algeria, and Tunisia.