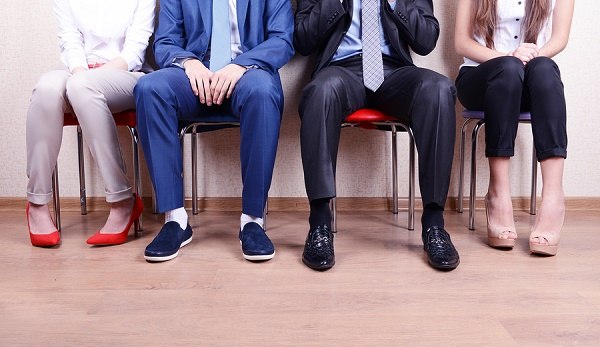 According to new findings in the Bayt.com 'Hiring Practices in the Middle East and North Africa' survey, conducted by Bayt.com and YouGov, seven in 10 respondents in MENA claim the hiring process can last up to two months in their organization. The hiring process in the GCC tends to be longer than in North Africa, with approximately seven in 10 organizations in the GCC needing at least one month to complete a hire.

74% of respondents in MENA say online recruitment facilitates the hiring process of both managerial and non-managerial staff; 35% say it has facilitated it 'greatly'. However, a majority of respondents (53%) still say that they do not use an applicant tracking system during the recruitment process; 22% say they do. The usage of applicant tracking systems is higher in the GCC (27%), and especially in the UAE (40%).

Approximately four in 10 companies use pre-employment tests and academic certificates as methods in the hiring process. The interview (55%) is still the most popular method used in the hiring process across MENA. Interestingly, pre-screening phone interviews are more popular in the GCC compared to North Africa.

For 37% of organizations, the potential candidate for a managerial position is interviewed by three different people. Being interviewed by 'four or more people' is more likely to happen in the GCC compared to North Africa. In MENA overall, according to 46% of respondents, a typical job interview lasts 16-30 minutes; 24% say that it only lasts for up to 15 minutes.

Seven in 10 companies need two weeks to make a hiring decision, and for 73% of companies a phone call is the most popular method of informing prospective candidates they have been selected. On the other hand, when a candidate is not selected, email is the most popular (44%) way of informing them, followed closely by a phone call (41%). A higher proportion of organizations in Egypt (32%) give no notification to an unsuccessful candidate compared to other countries.

The interview (57%) is the most popular method used in the hiring process of non-managerial employees in MENA; 45% of companies use pre-employment tests; and four in 10 use academic certificates as methods in the hiring process. Interestingly, a higher proportion of organizations in the GCC use academic certificates, personality tests, reference checks, pre-screening phone interviews and work samples or portfolios during the hiring a process, compared to organizations in North Africa.

For approximately seven in 10 organizations in MENA, a non-managerial candidate is interviewed by two or three people, and the interview lasts for 30 minutes at most - for 75% of organizations.

Eight in 10 companies need two weeks to make the hiring decision, and for 74% of companies a phone call is the most popular method of informing a candidate has been selected. Organizations in North Africa tend to take less time to make a hiring decision after having interviewed all prospective candidates with over half taking less than one week to decide. This percentage is even higher for organizations in Egypt (62%). For unsuccessful candidates, a phone call (38%) is the most popular way of informing them, followed closely by an email (34%). Almost three in 10 MENA firms do not inform a candidate at all.

"With 74% of respondents saying online recruitment has facilitated the hiring process - 35% say it has facilitated it 'greatly' - it seems more and more employers are using online recruitment methods to source, screen and hire potential employees," says Elissavet Vraka, YouGov. "Potential candidates now have to ensure they have an online presence that is well-thought-out and reflective of their skills, qualifications and professional experience."

Data for the Bayt.com 'Hiring Practices in the Middle East and North Africa' survey was collected online between 5-22 May 2015, amongst 1,178 respondents from MENA countries including UAE, Saudi Arabia, Kuwait, Qatar, Oman, Bahrain, Lebanon, Syria, Jordan, Algeria, Egypt, Morocco and Tunisia.