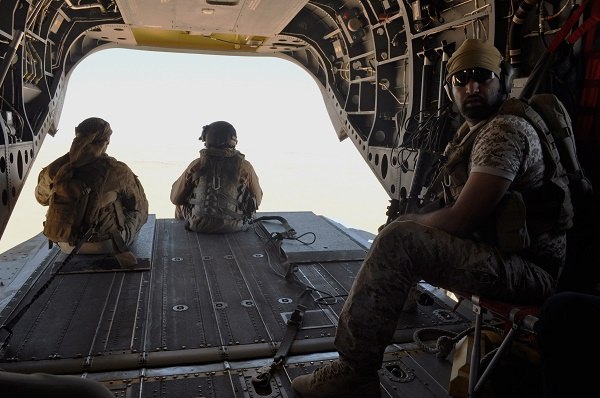 In the lead up to their nation’s first Martyrs Day, also known as Commemoration Day, on 30 November 2015, a new YouGov study has revealed that 56% of Emiratis are more motivated to join their country’s military service because of fallen UAE martyrs.

The research conducted online amongst residents across the UAE also shows that 78% of the respondents surveyed claim the loss of Emirati soldiers in Yemen has strengthened UAE resolve, determination and national solidarity.

Speaking out passionately about this new day of remembrance, both Emiratis (78%) and Expats (80%) strongly believe they are united in sympathy and appreciation to remember the fall of UAE martyrs. 82% of UAE residents also voiced feelings that their country has a great responsibility to ensure that the story of their martyrs continues to live on.

In the wake of their country’s fallen heroes in Yemen 81% of respondents also believe people of the UAE and the country’s leadership have shown strong cohesion. 77% of respondents believe that the UAE’s local media displayed strong unity and cooperation in the coverage of the events.

Respondents believe the most powerful tribute that can be paid to UAE martyrs is to provide support and condolence to their families. 1 in 2 respondents believe launching initiatives aimed at providing care to the families of martyrs (49%) is the most powerful tribute to them, particularly amongst Expats (50% vs. 38% among Emiratis). 39% claim that offers of condolence from UAE leaders to martyrs’ families would be the best way to pay tribute.

Overall, 86% of UAE residents are aware that the UAE will be observing the first Martyrs Day on 30th of November 2015. Of those who are aware of Martyrs Day, one third claim that they will observe the day with a special activity, whilst 44% claim they are not sure.

Sacrifice (57%) and Patriotism (45%) were the strongest associations with UAE Martyrs Day amongst residents, followed by Honour (36%) and Pride (31%). Pride was a more popular association among Emiratis (48% vs. 29% among Expats).

On the 30 November, the majority of UAE residents will be recognizing the sacrifices and dedication of the country’s servicemen with celebrations and activities (45%), followed by prayers/tributes to martyrs (27%) and flag rituals (8%). Emiratis (52%) are more likely to observe UAE Martyrs Day than Expats (32%).

Research for this study was conducted online by YouGov amongst 941 respondents in the UAE between 17 and 22 November 2015. Data is broadly representative of the online population in the UAE.