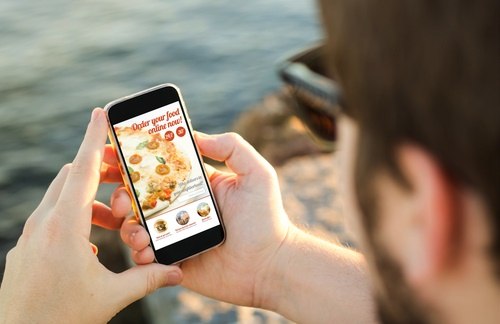 New research into online food ordering in Saudi Arabia has revealed that nearly half (49%) of consumers cite lack of confirmation that their order has been placed as the biggest uncertainty they face when looking to use an online portal or app to order food. The next most prevalent uncertainties include the status of an order (44%) and hygiene in the kitchen (39%) according to respondents across the country.

The YouGov study revealed that 56% of all respondents in the Kingdom order food at least once a week (28% order once a week, 22% order two to three times a week, 5% order daily and 1% order more than once a day), and 44% order once a month. Of those, 42% of respondents currently trust digital channels to carry their food orders successfully, however the majority (55%) prefer to order their food over the phone.

Of those that trust digital channels to order food, mobile apps are the most popular method according to just over a quarter of respondents (26%). However, the type of app used isn’t favoured either way with 13% equally claiming they prefer to use restaurant mobile apps and online delivery service apps. A lesser proportion tend to use websites to make their orders with 8% ordering via restaurant websites and 6% ordering via online delivery service websites. The use of chat services such as BBM or WhatsApp to order food was popular with 2% of respondents.

The findings suggest there is some way to go before consumers are ready to adopt online payment services for their food orders. In fact 89% of respondents claimed cash was their most preferred payment method. In contrast, just 2% claimed they use E-wallet (PayPal), 3% use online bank transfers and 5% use a debit or credit card to complete their online purchases. 1% claim they use other services.

Pranay Dandekar, Senior Director for consumer research at YouGov, commented, “With more than half of respondents claiming they order food at least once a week, there is an enormous opportunity for online food order adoption to grow in Saudi Arabia. The popularity of apps over websites to order food online, together with the Kingdom’s well documented growing smartphone penetration rate shows that investment in app development could be the answer to help providers push their key influencers, and overcome consumer uncertainties to encourage higher adoption across the country.”

This study was conducted amongst 418 respondents in Saudi Arabia between 31 December 2015 and 27 January 2016. Data is broadly representative of the online population in Saudi Arabia.