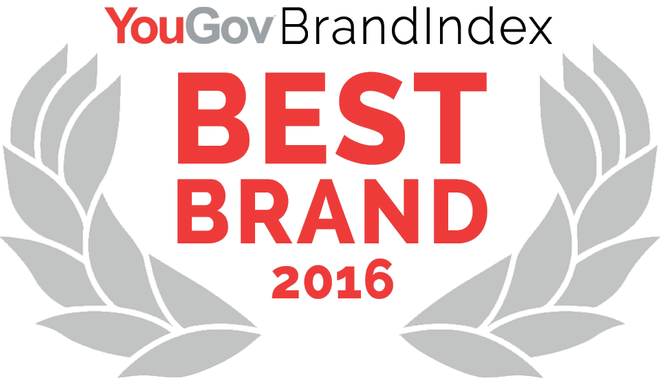 Mega brands Emirates, Almarai and Facebook have won the number one BestBrand status in the UAE, Saudi Arabia and Egypt respectively according to the YouGov BrandIndex 2016 Mid-Year BestBrand Rankings.

The BestBrand Rankings, which were published in 26 countries worldwide, are compiled using the Buzz score from YouGov’s daily flagship brand tracker - BrandIndex. Buzz asks residents daily if they have 'heard anything positive or negative about a brand in the last two weeks, through advertising, news or word-of-mouth’. Respondents are interviewed on YouGov’s online panel.

2016 has seen both Emirates and Almarai embrace heavy digital multi-channel campaigns to engage consumers. Emirates released a brand new global adverting campaign using film, digital, print and outdoor assets to showcase its in-flight experience to the masses. Meanwhile this year brought tremendous social media presence for Almarai whose film on breastfeeding became the second most shared film in the world within one week of launch. Subsequently, Almarai also became the third most popular FMCG brand on Facebook. Since BrandIndex launched in Egypt in July last year, Facebook has dominated market share of positive brand sentiment amongst residents, who constitute its largest following in the Middle East region, and in 2016 the brand is still going strong.

In 2016 YouTube has continued to develop its user base significantly in the Arab world, not least due to the magnetism of smartphone viewing, and is increasingly appealing to businesses as a means to connect with consumers. The last six months have seen Samsung create hype with the launch of the Galaxy S7 and S7 Edge together with the launch a new #KeepRamadanShining campaign to portray the brightness of every moment during Ramadan. Meanwhile Google launched Google Preferred in the MENA region to respond to the changing ways in which media is consumed as well as Women@Google – an employee resource group of female Googlers committed to providing networking and professional development to Googler women across 27 countries.

Apple launched its largest ever outlets in travel retail at Dubai International Airport in 2016 and continues to maintain positive brand sentiment in Saudi Arabia (fourth) and the UAE (fifth), whilst iPhone is winning with consumers in the UAE (tenth) and Egypt (seventh). A high ranking newcomer in second place in the UAE and Saudi Arabia this time last year, WhatsApp continues to rank second in both countries in 2016. The platform recently opened up its service to businesses in the region allowing notifications to be exchanged between customers and companies. Facebook ranks in the top five in both the UAE and Egypt.

In Egypt cash give aways from Galaxy (fifth) and mouth-watering advertising from Kit Kat (tenth) keep both brands front of mind with consumers, whilst the National Bank of Egypt (sixth) ran a TV and online advertising campaign offering savings certificates in dollars to appeal to Egyptians saving from abroad.