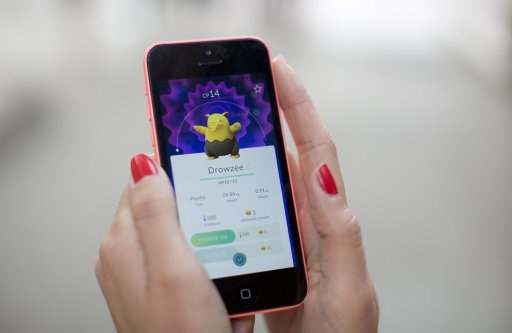 91% of UAE residents are aware of the location-based reality game Pokémon GO, but will Pokémon fever catch on in the UAE? Discover the results of our recent survey in the infographic below. 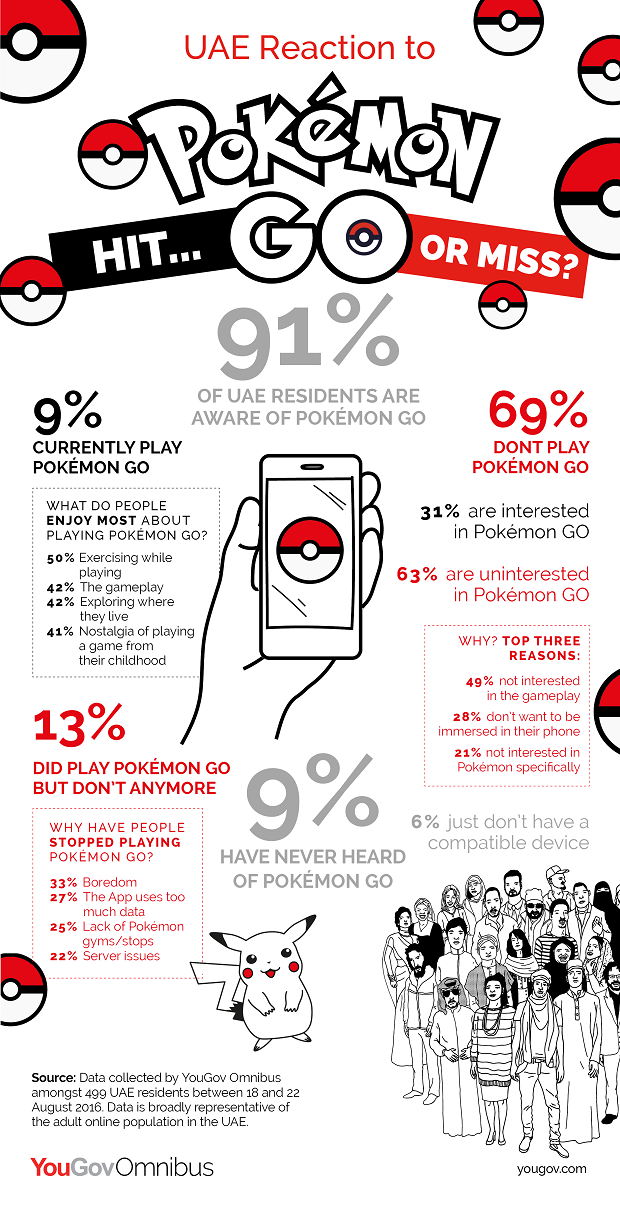 The results reveal that 22% of aware UAE residents have already downloaded the gaming app to their device, of which 9% are currently active users, but 13% claim after initially downloading the game, they now no longer play it.

Having yet to be officially launched in the Emirates, unsurprisingly, the vast proportion (69%) of aware residents haven’t yet downloaded Pokémon GO. However, of that 69% - despite being given a full explanation of how the game works - 63% claim they are not interested in playing it (of which 41% are not interested at all) indicating Pokémon GO won’t be that much of a hit when it officially arrives in the UAE. 31% claimed they were interested in the game, whilst 6% said they don’t have a compatible device to play it.

The biggest reason for the lack of interest implies location-based gameplay just isn’t that popular in the country with nearly half claiming they don’t enjoy playing that type of game (49%), whilst 28% don’t like the idea of being totally immersed in their phone and 21% just don’t enjoy Pokémon GO.

Interestingly, amongst those who are active users, exercise is the top reason residents like to play most according to 50% of respondents. 42% play both because they like exploring the area they live in and because they simply like gameplay, while 41% enjoy the nostalgia of playing a game from their childhood. Current users also reveal Pokémon GO has encouraged them to leave the house when they wouldn’t have normally done so, and another third have bumped into someone they know whilst playing.

That said, of the 13% who no longer play, losing interest and technical difficulties appear to be the main reasons for giving up. One third claim they got bored of playing the game, whilst 27% say the app used too much data on their phone. A quarter weren’t impressed with the lack of Pokémon stops/gyms available and 22% had server issues whilst playing.

Commenting on the findings, YouGov researcher Zafar Shah said, “Pokémon GO has clearly created significant buzz in the UAE with such a large proportion of residents familiar with the game before its official release. However the results do suggest residents just aren’t that bothered by the concept of location-based reality gaming with the vast proportion uninterested in playing. Current users do highlight some strong positive affinities such as exercise and exploration but only time will tell if the global Pokémon craze will catch on in the Emirates”.