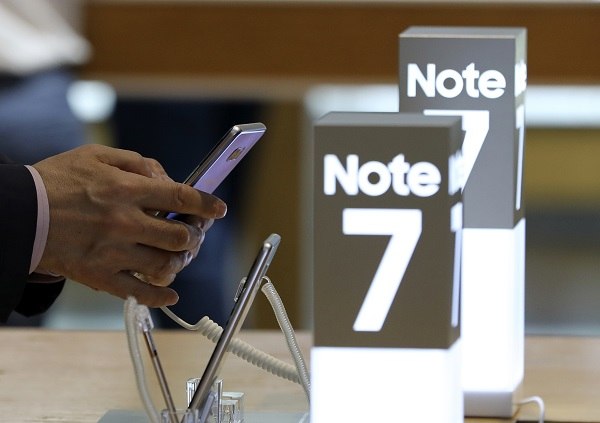 Samsung Mobile’s newest phone, the Galaxy Note 7, has been the subject of a great deal of controversy over the past few months. The device, which was expected to drive new revenue for the brand, faced multiple battery issues worldwide, and forced the company to recall some 2.5 million devices. However, even that was not enough to calm the controversy, and the tech giant later decided to halt productions of the device altogether, and asked consumers to stop using it.

According to BrandIndex, YouGov’s global daily brand tracker, the impact of this predicament has been quite serious for Samsung Mobile in the UAE, particularly with regards to the brand’s perception. The BrandIndex Buzz score measures whether respondents have heard something positive about a brand in the past two weeks (whether in the news, through advertising or speaking with friends/family).

Samsung Mobile’s perception in the UAE, measured with YouGov’s Buzz score, dropped from +48.6 in the beginning of September to +3 currently. 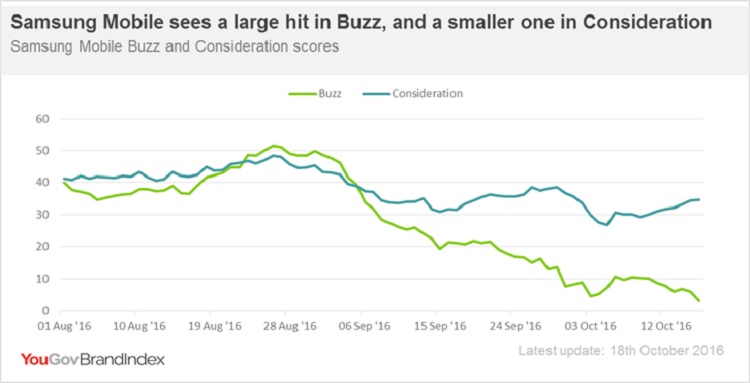 The brand’s purchase consideration score – which measures respondents’ interest in a brand for their next purchase – also declined, dropping from 43.2% in the beginning of September, to 34.6% currently. That said, those numbers have bottomed out and have been improving over the past ten days. Still, Consideration scores have a way to go to fully recover to pre-crisis levels, and there is no guarantee that they will do so. 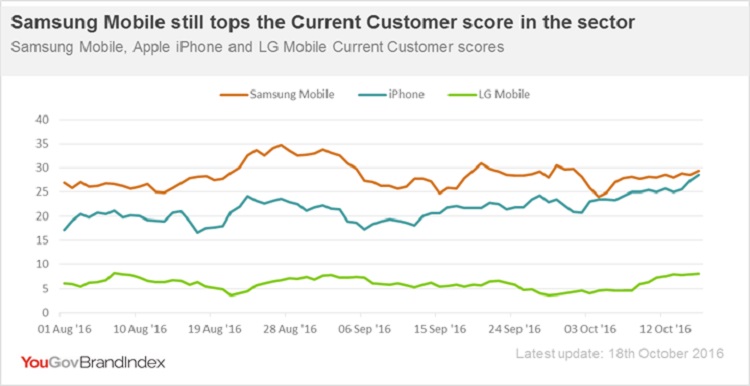 Samsung Mobile’s current customers – respondents who have purchased products or services from the mobile arm of the brand in the past 6 months – just barely outscore iPhone. 29.4% of respondents state they are currently a customer of the brand, in comparison to 28.6% for iPhone, and 8.2% for LG mobiles (in third place).

The battery recall and bad publicity may be challenging for Samsung to overcome over the short term. Whether or not it can completely recover in the long term remains to be seen.