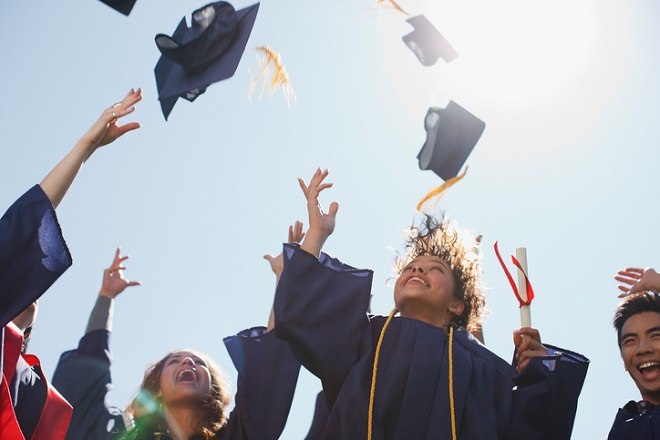 Young job seekers and recent graduates continue to enter the job market in the Middle East and North Africa, competing for entry level jobs very actively. Bayt.com - the Middle East’s #1 Job Site – and YouGov recently conducted a survey entitled “Fresh Graduates in the MENA”, in which nearly six in 10 respondents (58%) said they would relocate to the UAE for job opportunities.

The study also highlighted that more than half of UAE respondents (61%) claim they have found or plan to find their first job through leading online job sites. Further, almost half (49%) claim that they found their first job in less than six months.

Almost a quarter (24%) of respondents in the UAE said that the most appealing industry for a career is Engineering / Design. This was closely followed by Banking / Finance (20%) and Advertising / Marketing (20%). These findings seem to mirror the views of respondents when it comes to which industries they see hiring the most fresh graduates. A quarter of respondents said that Advertising / Marketing (25%), Banking / Finance (25%), and IT (21%) hire the highest number of fresh graduates in the UAE.

Choosing a Field of Study

One in four respondents residing in the UAE (25%) have studied Engineering. Business / Commerce / Economics (20%), Accounting / Finance (16%), Sciences (9%), and Information Technology (8%) were also among the most popular subjects.

Over two thirds of fresh graduates (69%) in the UAE said that they considered the availability of jobs in their potential field before deciding their major. Whereas less than one in three (31%) said they did not consider job availability prior to their decision.

The Role of Higher Education

When it came to the role of higher education in preparing students for their industry of choice, 31% of UAE respondents said their university helped “completely”, 18% said it helped to “a large extent”,  and 31% said it helped “but only to some extent”. 16% said their university didn’t help them in this aspect, while the rest of the respondents (4%) didn’t give their opinion.

41% of fresh graduates in the UAE claimed that they received help from their Institute to find job opportunities during their time as college students, while 59% said they didn’t receive any support.

When respondents were searching for a job the greatest challenges they faced included the fact that ‘employers were looking for candidates with previous work experience’ (52%), followed by ‘knowing how to approach the job search effectively’ (39%) and knowing ‘where to find relevant jobs’ (36%).

Suhail Masri, Vice President of Employer Solutions, Bayt.com, said:”Fresh graduates seeking to secure their first job should take advantage of the numerous entry-level jobs, internships, as well as information about the job market that Bayt.com regularly provides. Today, and on any given day, over 10,000 jobs are available on our job site, nearly 5,000 of which are suitable for young job seekers and fresh graduates. For more than 17 years, we have been successfully designing solutions at Bayt.com to help employers find the most suitable young talent and help job seekers highlight their skills and gain more knowledge on how to approach the job search effectively.”

Respondents also said that industries are hesitant in hiring fresh graduates because they may lack the needed experience (75%) as well as skills (36%).

Respondents commented on what skills they believe are required to excel in the workplace, with more than half (58%) saying communication skills. This was followed by computer skills (45%), academic and technical skills (39%), and flexibility / adaptability to change (32%).

“Although fresh graduates are reportedly highly content with the quality of education they received, it seems that their institutions fell a bit short on preparing them for the job search, “ said Anjali Chhabra, Senior Research Manager, YouGov. “The survey shows that fresh graduates are finding a lot of value in searching for a job online as they look for opportunities in a competitive and crowded job market.”

Data for the 2017 Bayt.com ‘Fresh Graduates in the MENA Survey’ was collected online from June 21st to July 12th, 2017. Results are based on a sample of 1,865 respondents. Countries that participated are the UAE, KSA, Kuwait, Oman, Qatar, Bahrain, Lebanon, Jordan, Egypt, Morocco, Algeria, Tunisia, and others.