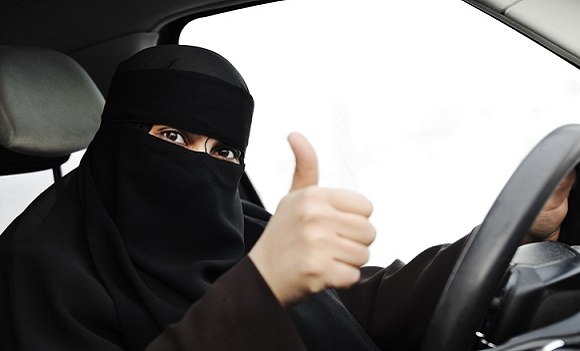 Following a historical decree issued by King Salman last month to allow women in Saudi Arabia to drive, YouGov polled over 500 residents in Saudi Arabia in partnership with Arab News to discover their opinions on this life-changing decision.

The poll found that almost eight in 10 Saudis who reside in the Kingdom agree with the decision to allow women to drive, with the majority of women saying they plan to apply for a license.

The results revealed the car models favored among Saudi women and found that most think getting behind the wheel will “transform” their lives.

The Arab News / YouGov poll, which was conducted in early October, found that 95% of Saudis are aware of the decision to allow women to drive, with a generally positive reaction to the move.

A total of 77% of Saudis polled said they agree with the decision, although the move was more popular with women than men. Seven in 10 males agree that women should have the right to drive, compared with 82% of females.

Freedom of movement for women and the belief that driving “is a basic human right” were the top reasons cited by those in agreement with the decision to lift the driving ban.

But among those who disagreed with the move, 54% believe “it is not safe for women to drive,” while 36% said “it is against local cultural traditions.”

When asked about the impact of women driving, mainly economic factors were cited by the Saudi men and women polled.

Four in 10 said the move would help boost the economy, while 35% said it would allow more women to work.

Most women in Saudi Arabia currently rely on male relatives to drive, with 75% of respondents saying that is how they get around.

But about a quarter of those polled said they have driven a car in another country, and 65% say they plan to apply for a license in Saudi Arabia.

The poll illustrates how the decision will have a huge impact on society, with two thirds of women questioned saying that it will significantly “transform” their lives, and half saying it will allow them to get to work more easily.

Faisal J. Abbas, the Editor-in-Chief of Arab News, said that the poll reveals the true significance of the “historic” decision for Saudi society.

“Lifting the driving ban is the latest step in a raft of reforms underway in the Kingdom, both social and economic. But this change will, arguably, have the biggest positive impact on the day-to-day lives of citizens,” said Abbas.

“One of the most revealing findings of the Arab News / YouGov survey was that most women who plan to get behind the wheel will do so in order to get to work.

The automotive industry can also expect a massive financial boost from the move to allow women to drive, with 85% of Saudi women who plan to drive saying they will buy a car, the poll revealed.

The poll also delved into the ideal car models Saudi women would like to purchase. The top colors chosen were black (29%) and pearl white (12%) with the least popular being pink, grey and brown.

Medium sized sedans are the most favored among Saudi women, with Toyota, BMW and Jeep named among the top brands.

Kailash Nagdev, managing director of YouGov in the Middle East and North Africa, agreed that the move to allow women to drive in Saudi Arabia would likely boost the economy.

“Undoubtedly this historical decision has had overwhelming support at home with 77% of Saudi nationals voting in favor of lifting the ban,” in the poll, he said.

“Its impact is seen as not only offering greater freedom to women but also the significant opportunities it will bring to households and the Kingdom’s economy. With six in 10 Saudi women who want to drive planning to do so as soon as possible, it looks like the automotive sector will be in for a boost.”

Research conducted among 503 Saudi nationals residing in the Kingdom, with an equal split of men and women. The sample is representative of the online adult Saudi population in terms of age and gender. For the full results visit www.arabnews.com.