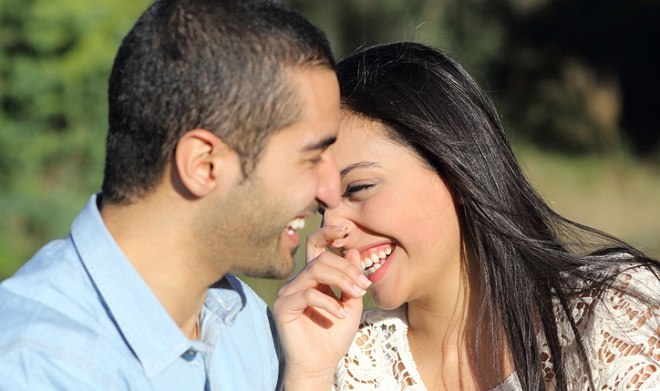 A new international YouGov study into the characteristics people most prefer in a romantic partner has found that personality is most likely to be favoured over good looks worldwide.

Women in Nordic countries were the most likely choose personality over good looks globally, compared to those in Asian countries such as Indonesia, Vietnam and Thailand who were the least likely to agree.

The study also asked respondents to prioritise the importance of six different attributes in a romantic partner according to their personal preferences.

As expected, having ‘a personality I like’ was the most imperative attribute, prioritised in first or second place by the majority of men and women, and favoured the most by women in all three counties. However, that is where the similarities end between the two genders.

For men in the UAE, Saudi Arabia and Egypt the top three characteristics they look for the most in a romantic partner doesn’t change. Behind personality, good looks and intelligence are the next most highly prioritised attributes respectively among male respondents across the board. 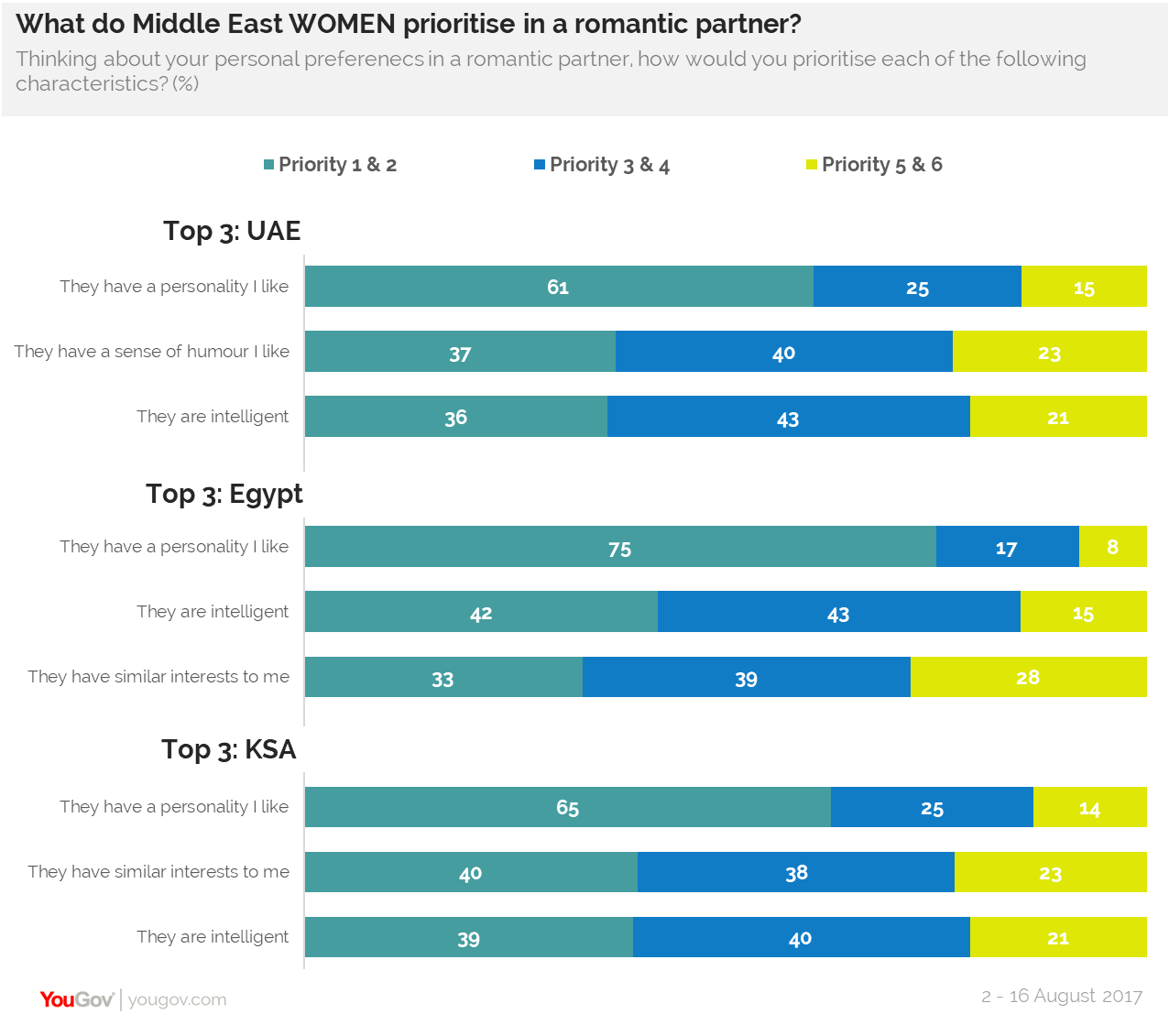 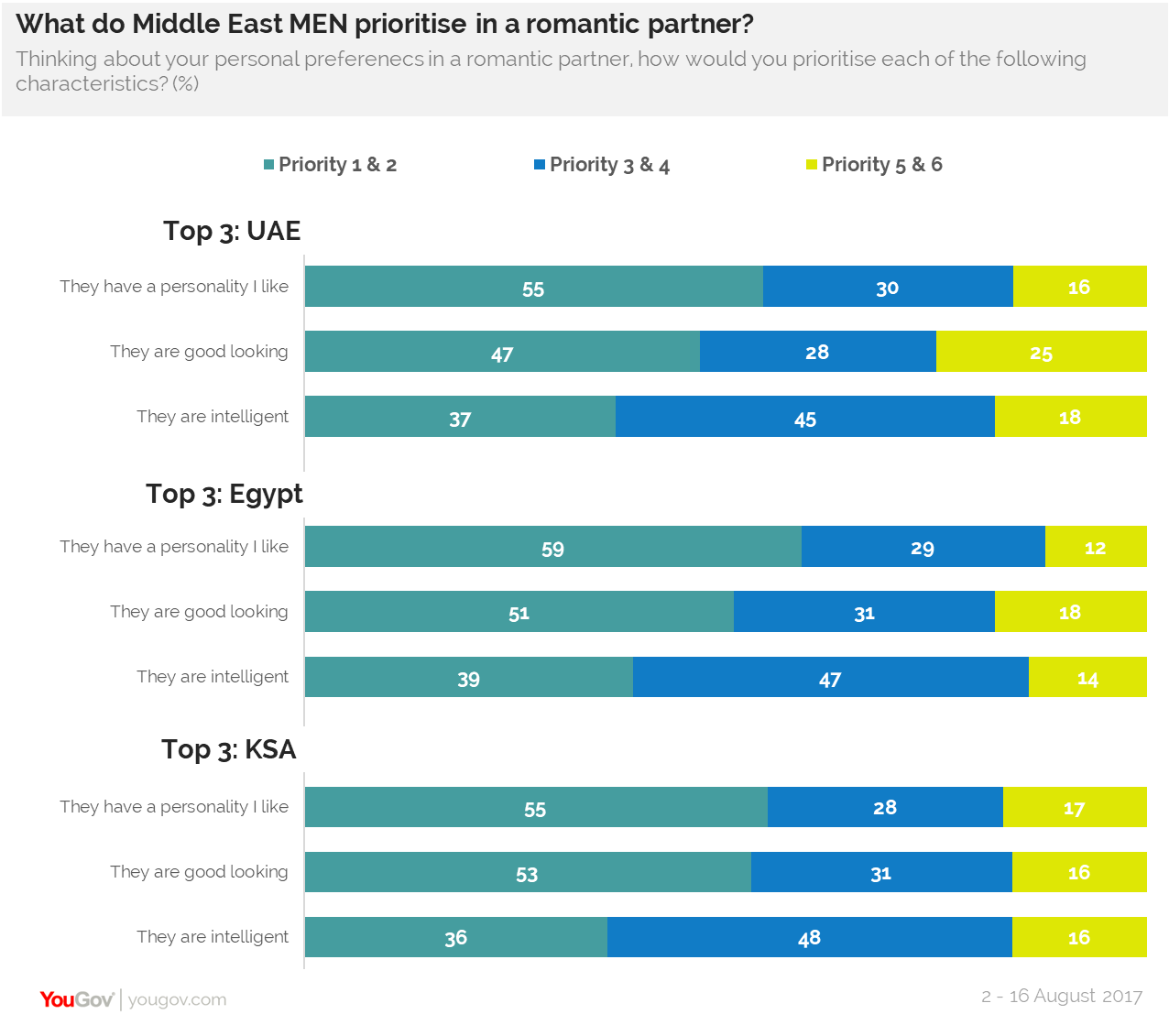 Data was collected among 1,002 residents in the UAE and Egypt respectively and 1,000 residents in Saudi Arabia between 2 – 16 August 2017. Data is broadly representative of the adult online population in all three countries.