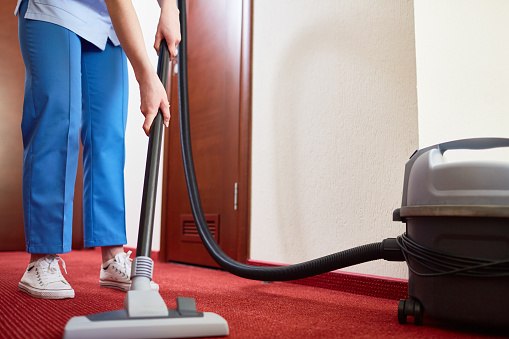 As a general practice, although majority of people (84%), both men and women, in GCC countries stated that their household work is managed by themselves or their family members, most people also feel that full time domestic help deserve some time off. The rest of the people indicated hiring a part- time or full- time help.

Amongst those who have a full time help, while over half (53%) do give their hired help time-off at fixed periods throughout the year, close to a third (31%) do not have a fixed schedule for leaves while a little less than a fifth (16%) do not give them any time off at all. 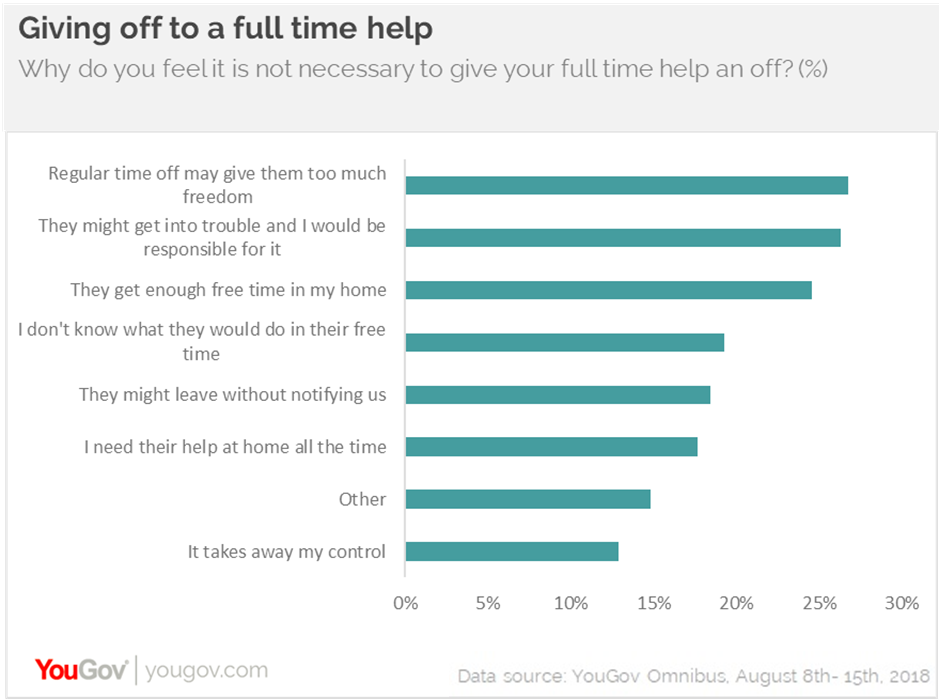 Apprehensions around giving time off revolves mostly around giving them too much freedom (27%), them getting into trouble and the employers being held accountable for that (26%) and employers feeling that they anyways get enough free time at their home, so they don’t require time off outside (25%). There is also fear around employers losing their control (13%) and the help leaving without notifying them (18%).

In the UAE the worry of domestic help getting more freedom is higher (32%) compared to KSA, where maids getting enough free time at their homes is the top reason (27%) for not wanting to give them a holiday.

Close to three- quarters of respondents (73%) feel domestic help should keep their passports with themselves instead of surrendering it to their employers. The percentage of men (77%) saying this is more than women (65%). Over a quarter who feel domestic workers should not be allowed to keep their passports, expressed their main concern being the help leaving without notifying them (37%) or getting into trouble (26%).

Most of the respondents in GCC countries refer to their domestic aid as ‘Help’ (26%) and ‘Housekeeper’ (22%) while discussing them with others. In the UAE most people prefer addressing them as ‘Housekeeper’ (25%) while in KSA majority like to call them ‘Help’ (29%).

3 in 10 people said ‘Maid’ is a derogatory word

56% respondents said they find the term ‘Servant’ derogatory to use while speaking about their help, although 17% actually refer to them as that.

Domestic workers in Kuwait finally breathed a sigh of relief after a new law allowing domestic help a day off per week and preventing their employers from keeping their passports, was passed in the country. 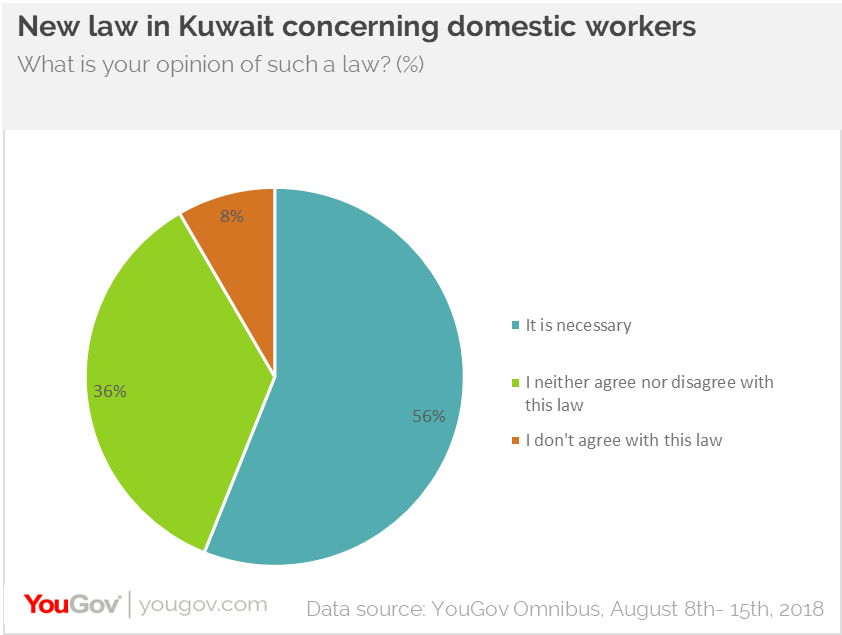 Half of the respondents in the GCC countries indicated they are aware of the new law in Kuwait. While a majority consider this law to be necessary, 36% were unsure of the same.

Recently a popular Kuwaiti social media star raised a storm by posting a video complaining about the new rights for domestic help in Kuwait. The video received instant backlash from social media users and set the internet abuzz.

On being asked what they feel about this recent controversy, 27% respondents said the backlash is justified, 23% were unsure and 22% said it is not justified. Though only a small proportion found the backlash to be justified, nearly half (47%) indicated developing negativity for brands who associate themselves with this influencer. This number is higher for men (53%) than women (38%).

46% even said that if a brand continues to associate themselves with this influencer, it could deter them from using the brand. While around 2 in 5 respondents in KSA stated that they would think negatively of brands that continue to work with this influencer, over half of the people in the UAE said the same.

Commenting on this Kerry McLaren, Head of Omnibus, MENA, said, “The new law in Kuwait has brought hope to many domestic workers in the region. YouGov Omnibus data shows that a majority of people are supportive of this decision as it will establish better working conditions for them and have indicated developing negative sentiment towards people or brands who undermine or ridicule basic human rights of people.”

Data collected online by YouGov Omnibus among 2,775 respondents in GCC countries between 8th and 15th August 2018 using YouGov’s panel of over 6 million people worldwide. Data is representative of the adult online population in these countries.