In April 2018, UAE petrol station operator, Abu Dhabi National Oil Company (ADNOC Distribution), announced the introduction of self-service refuelling pumps at their petrol stations with full-service fill-up available as a premium charged value-added service. After running trials across a number of outlets, the change was extended to a wider network of fuel stations at the end of June.

In a market where customers have grown accustomed to having an attendant refuel their vehicles at the pump whilst remaining seated in their air conditioned vehicles, this change has been somewhat poorly received. YouGov BrandIndex, the daily brand perception tracker, shows declines in multiple metrics ever since the announcement. 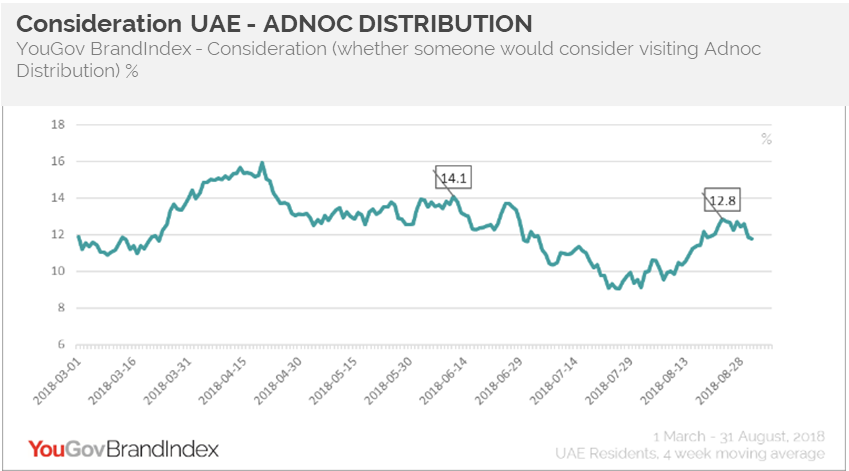 The declines are even more pronounced amongst residents of Abu Dhabi where overall brand health has declined from 22.6 in mid- June down to a low of 10.6 a month later and recovering marginally to 12.4 by end of August. At the same time Sentiment declined from 21.2 down to a low of 7.9 but has also recovered to 15.4 points as of the end of August. This has also lead to Consideration of ADNOC Distribution amongst residents of Abu Dhabi dropping from 24.7% in June (before the service was introduced) down to 10.7% by the end of August. 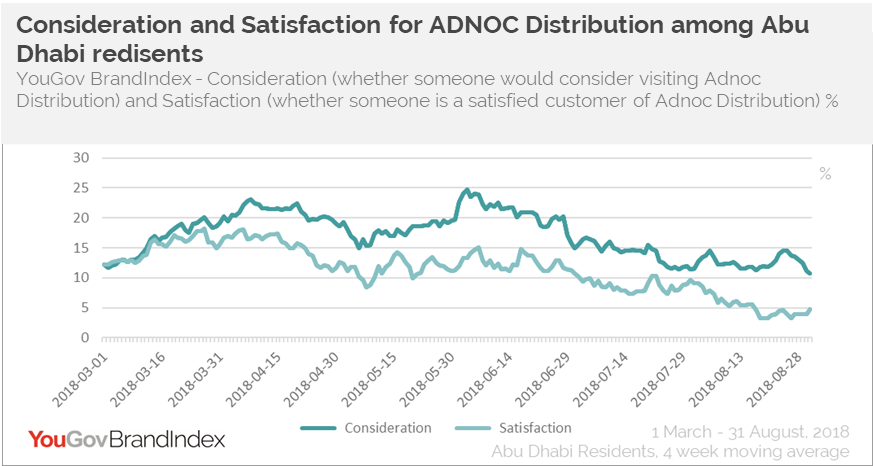 Imran Ahmed, YouGov’s Head of Client Services in MENA said, “Although one of the positive outcomes of switching to a self-service model is providing greater convenience to customers by reducing queues and wait time, it remains to be seen whether UAE residents and especially those who reside in Abu Dhabi will become accustomed to self-service and make this switch in the longer run or cough up the AED10 for an attendant to fill their tanks. It will also be interesting to see whether ADNOC Distribution’s competitors in the UAE, and in the wider MENA region, will ultimately adopt a self-service model or carry on with the full service petrol stations.”