There are multiple factors and variables that go into shaping us as a person, each of which define how we interact with each other. You would assume the level of control we have over various aspects of our life would likely impact the way others pass judgement, but does it play out this way in reality?A new YouGov survey explores how much perceived control UAE residents have across a range of personal characteristics surrounding their day to day lives and further to this how much judgement is placed on each of these attributes.

What is in your control?

Of the 12 characteristics under assessment, UAE residents believe the attribute people are most likely to have control over is how nice a person they are, with 4 in 5 respondents stating so. Close to 40% believe people have “a large amount of control” over addictions, spending money and relationship decisions. Comparatively, respondents believe people have less control over the more apparent attributes such as looks, intelligence, accent, weight and job, when compared to other aspects of their lives. At the very bottom of the scale, the characteristic respondents believe you have the least control over is your financial standing or how rich or poor they are, with only 18% claiming you have a large amount of control over this aspect of your life.

Most respondents believe that people have a large or at least moderate amount of control over various aspects of their lives. However, we found that not everyone who believes people control these aspects think that it is acceptable to lay judgement on them. Interestingly, in most cases the percentage was much higher when looking at who finds it acceptable to judge vs those who claim or admit to be doing it themselves. 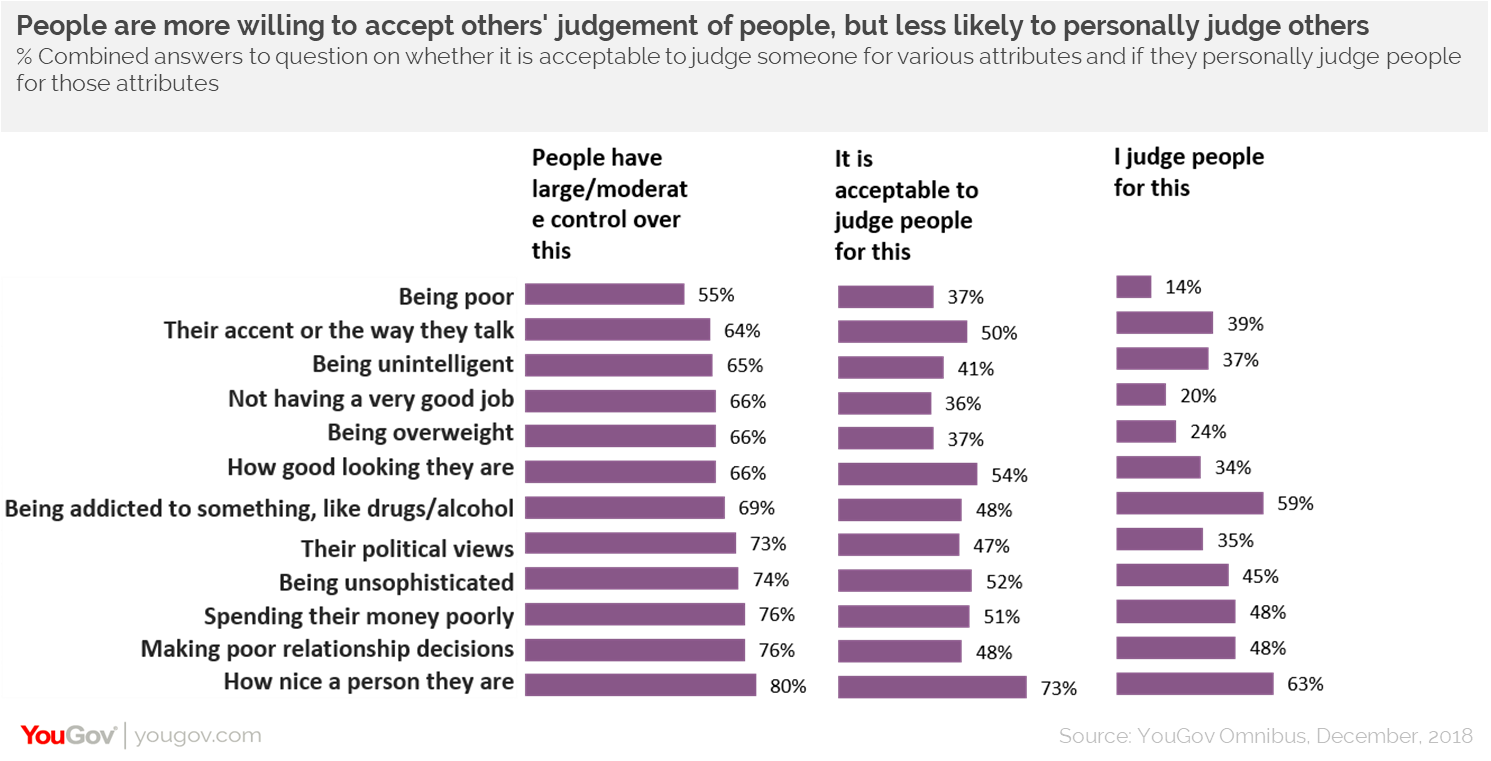 Unsurprisingly, for most attributes we see a relationship between the level of control and the judgement applied. When speaking about judging others for their various characteristics, people are most likely to judge on the attributes you have the most control over - like how nice a person is, making poor relationship decisions, spending money poorly and being unsophisticated. On the other hand, traits perceived with having less control over - like being overweight, not having a very good job and being poor, are judged less harshly by people.

Interestingly, the attributes that display the strongest association between degree of control and judgement are accents, being poor, good looks, and a good job. The level of judgement on these traits depends to a great extent on people’s perceptions of the level of control.

Is this judgement fair?

When it comes to judging people on things they have or do not have control over, people mostly come across as well meaning, with a large number claiming not to judge others irrespective of the level of control over those characteristics. Having said that, while a large number claim not to be judging others even on things that they believe people can control, there still remain a few factors that cannot escape their judgement. 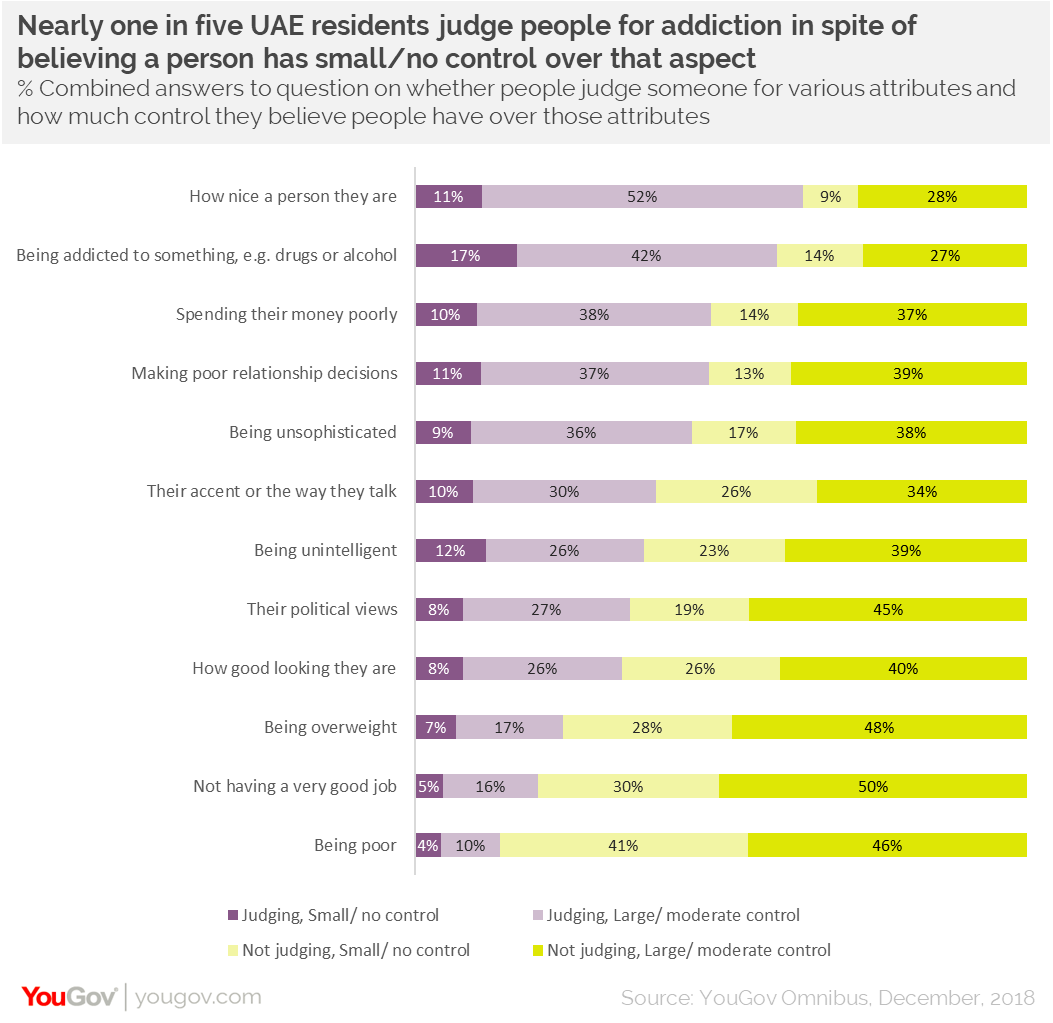 For instance, nearly 1 in 5 judge others for being addicted to something in spite of the fact they believe a person has little to no control over that aspect of themselves. Likewise, attributes such as being unintelligent, niceness of a person and making poor relationship decisions also show higher cases of similar undeserved judgement, where people judge others even though they don’t think people have much or any control over these attributes.

Data collected online by YouGov Omnibus among 1,008 respondents in the UAE between 24th and 31st December 2018 using YouGov’s panel of over 6 million people worldwide. Data is representative of the adult online population in the country.