One year after women were first allowed to get licenses, lack of driving knowledge is the biggest reason stopping Saudi women from getting behind the wheel, new YouGov research reveals.

According to media reports, around 70,000 licenses have been issued to women in Saudi Arabia, with several driving schools opening since the ban was lifted. On the first year anniversary of this milestone, YouGov asked Saudi women who have not applied for a license what the biggest barriers are to them in doing so.

Not knowing how to drive is the biggest. A higher proportion of women now state this as a factor (35%) compared to last year, when we first interviewed them (when it was 24%). Fear of car accidents is another common barrier (23% this year compared to 27% last year) as is low confidence among women in their driving skills (21% now compared to 20% in June 2018). 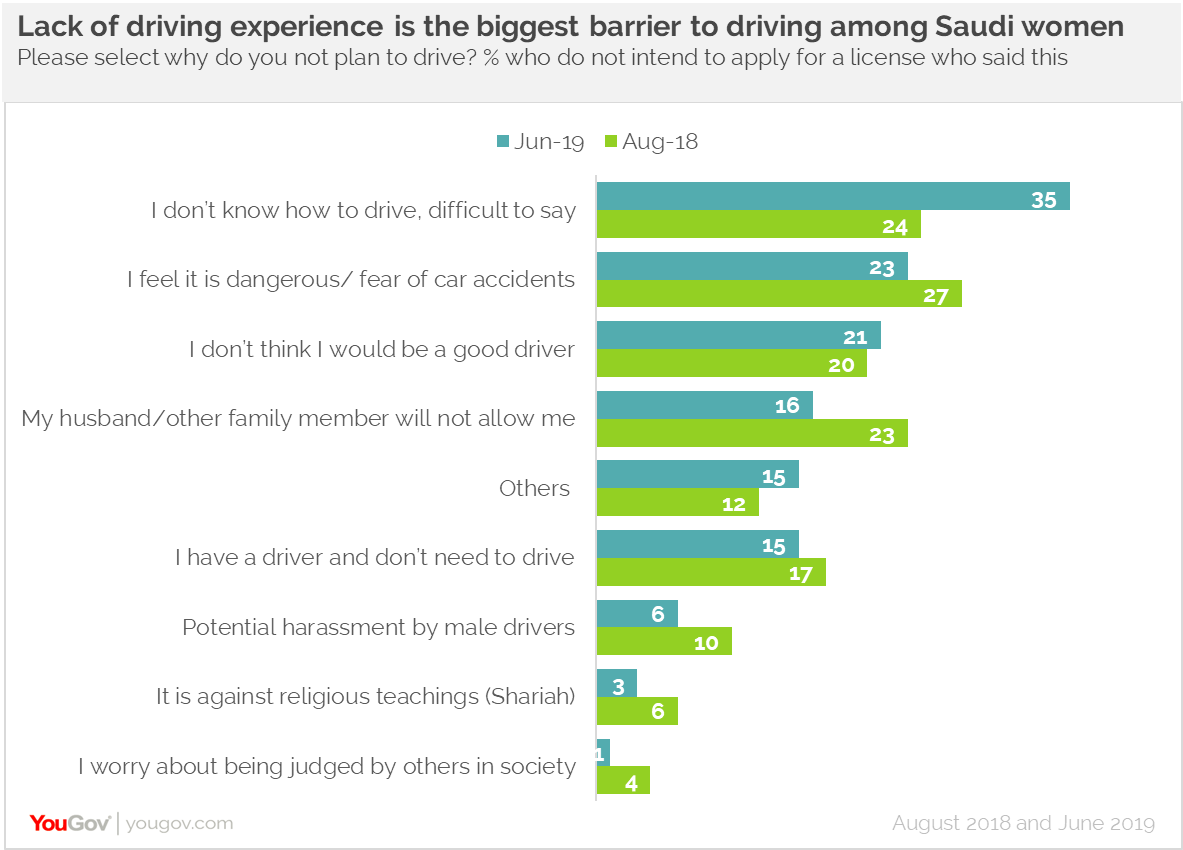 There has been a notable fall in the proportion of women saying that their husbands’ or family members’ objection is stopping them from driving (from 23% in 2018 to 16% now).

While the number of women saying they don’t need to drive because they have drivers is almost the same, those saying the same due to fear of harassment by male drivers (from 10% to 6%) and due to the fear of being judged by the society (4% to 1%) has declined over the past year.

It is interesting to note that the barriers differ across the age groups. While the major barriers for those under thirty (18- 29 years) are not knowing how to drive (42%) and objections from their family (22%), those aged over thirty have different reasons for not driving. Their main one is a fear of car accidents (35%) followed by low confidence in their driving (30%).

Data collected online by YouGov Omnibus among around 400 female respondents in Saudi Arabia in August 2018 and June 2019 using YouGov’s panel of over 6 million people worldwide. Data is representative of the adult online population in the country.