Although most people in the country choose to visit these parks, many prefer wildlife outings and adventurous getaways for short breaks

More than half of UAE residents (54%) said they prefer taking staycations visiting an amusement or water park in the country, new YouGov research reveals.

In recent times, there has been an affinity among travelers globally towards a staycation- a shorter holiday within the country or day trips exploring destinations in one’s own city. YouGov’s research shows that after amusement parks, a trip to nature or wildlife retreat is the second most preferred type of staycation by UAE residents (45%), followed by an adventure or sports-related outing (40%).

Furthermore, more than a third (35%) like taking luxury-related trips and just more than a quarter (28%) prefer going to special events or concerts in the county. Comparatively, staycations that are wellness-related (19%) and spiritual in nature (18%) are less popular among people.

YouGov’s research shows that the preference for a staycation seems to vary according to one’s place in the family life cycle. Although an amusement park is the top preference of all, singles and married couples without children are more likely than families (with children) to choose an adventurous outing (45% vs 36%), while families are more likely than those without children to pick nature (48% vs 42%) and luxury-related trips (38% vs 32%) for short getaways. 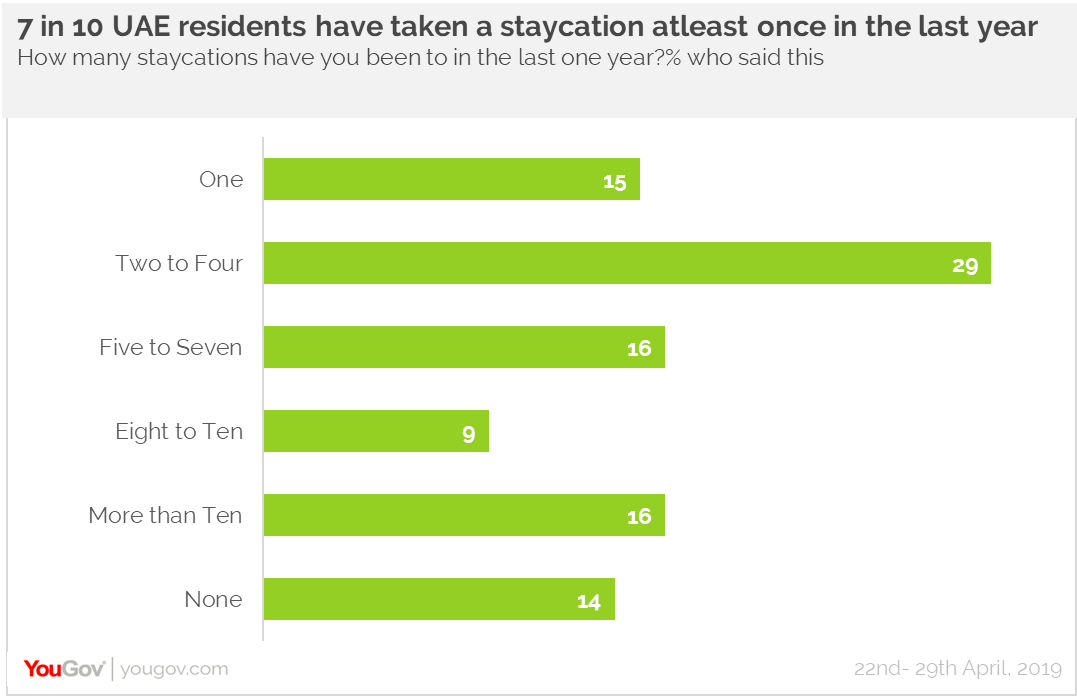 Spending time with family (said by 56%) and relaxing and unplugging (54%) are the biggest pulls for a staycation. Some people even plan to explore places and meet new people (31%) or to celebrate special occasions (24%). Moreover, the affordable nature of a staycation makes it the most ideal holiday option for the majority (60%), especially families, who are more likely than the singles or couples to choose a staycation for its pocket-friendliness (65% vs 56%).

With an array of tourist offerings, it is not surprising that most of the surveyed respondents (45%) are likely to consider Dubai for their next trip within the Emirates. Large numbers are also considering Ras Al Khaimah (39%), Abu Dhabi (37%) and Fujairah (34%). While more men than women said they are considering Dubai for their next staycation (49% vs 38%), a higher proportion of women are planning to visit Ras al Khaimah (47% vs 36%).

Focusing on perceptions of the UAE’s amusement parks over the past 12 months, YouGov BrandIndex, the daily brand tracking tool, reveals that Global Village is the top amusement park in the UAE with an Index score of 38.9, followed by Ferrari World Abu Dhabi (27.6) and Yas Waterworld Abu Dhabi (20.6).

Despite being a seasonal destination, Global Village is one of the most popular attractions in the UAE. The Ferrari-themed park and Yas Waterworld are some of the other hotspots with a range of family-friendly rides and attractions. 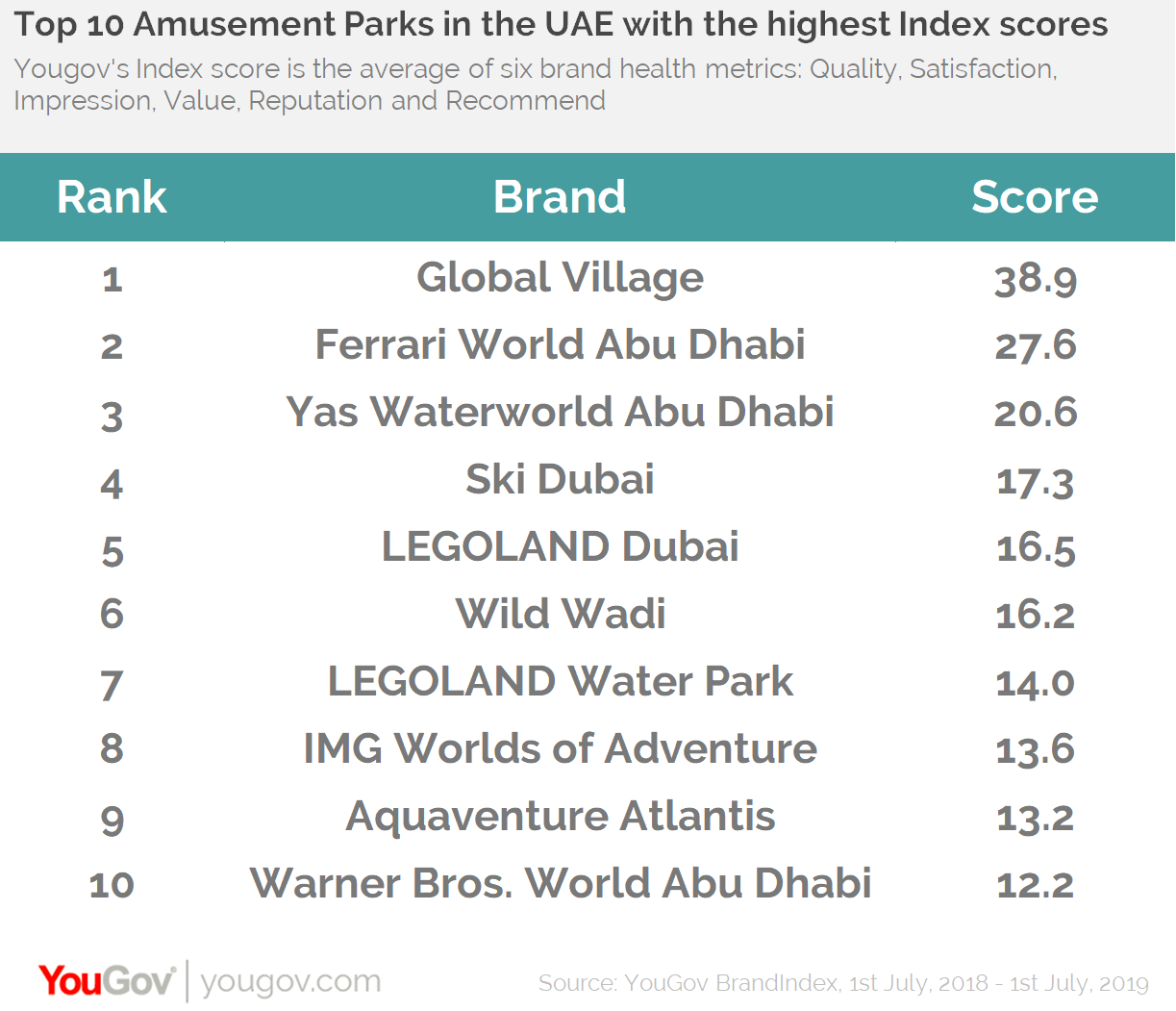 Data collected online by YouGov Omnibus among 1,007 respondents in the UAE between 22nd and 29th April using YouGov’s panel of over 6 million people worldwide. Data is representative of the adult online population in the country