Four in five (80%) parents in the UAE believe technology is a good medium for their child’s development, new YouGov research reveals. The research shows that parents who are more than 40 years in age are more likely to say this as compared to parents who are under 40 (88% vs 76%).

Most parents in the UAE believe educational videos help in their child’s development (81%). This trend is followed by educational games (71%) and E-books (50%). Around a third believe music (31%) helps in achieving the same goal. When looking into different ages of parents we noticed that parents over the age of 40 were more likely than those under 40 to consider E-books (60% vs 44%) and social media (22% vs 14%) as useful sources for children’s development. 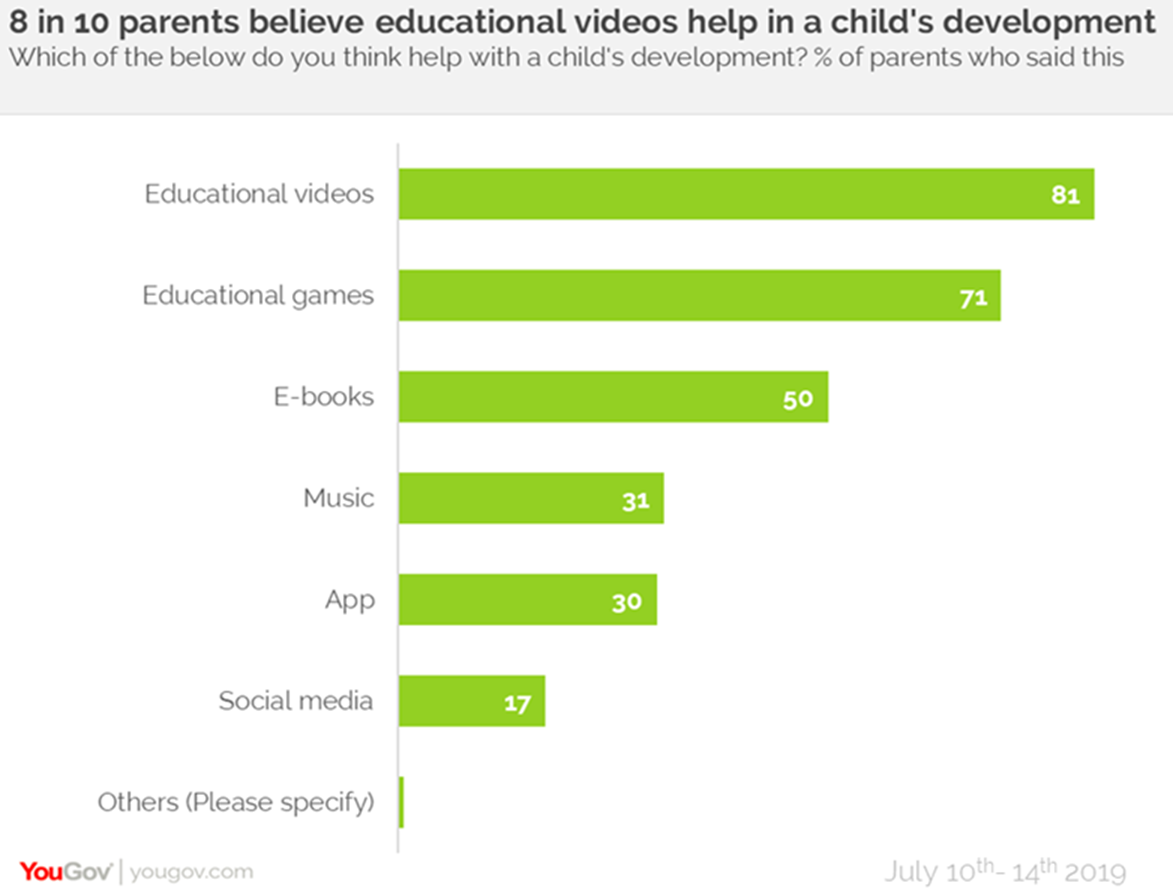 Looking into overall usage of technology we found more than 9 in 10 (92%) parents claim to allow their child to interact with technology, with mobile phones coming out as the device with the highest use (80%), followed by I-pad (62%) and laptop (57%).

The research shows that parents over the age of 40 are more liberal in their child’s interactions with technology as compared to those in a lower age bracket. Not only are they more likely than those under 40 to let their child indulge with mobile phones (85% vs 77%), they are also more likely to let them do so more frequently- on a daily basis (61% vs 50%). The same is true for laptops, where 71% of 40 years+ parents allow their children to use a laptop, with 48% permitting this on a daily basis, as opposed to those of younger years where the figures are 48% and 25%, respectively.

When it comes to time spent with technology, close to half (47%) of parents in the UAE allow their child to spend around 1-2 hours on an average sitting. This time allowance becomes much broader when we look at parents over the age of 40, with more than two in five (42%) of them saying their child spends around 3-6 hours with technology on average.

Data collected online by YouGov Omnibus among 514 respondents in the UAE between 10th and 14th July 2019 using YouGov’s panel of over 6 million people worldwide. Data is representative of the adult online population in the country