As Dubai hosts one of the biggest festivals in robotics and artificial intelligence- ‘2019 FIRST Global DXB Challenge’ from today, new YouGov research reveals UAE resident’s views on life with robots and shows that people in the UAE are much more uncomfortable having a robot as a boss than a colleague.

When asked how they would feel about working with a robot, a quarter (24%) said they would be uncomfortable about having one as a co-worker, a figure that rises to more than a third (34%) when it comes to having one as a manager. The data also reveals that people are also more comfortable with the idea of a robot co-worker (39%) than a robot boss (34). 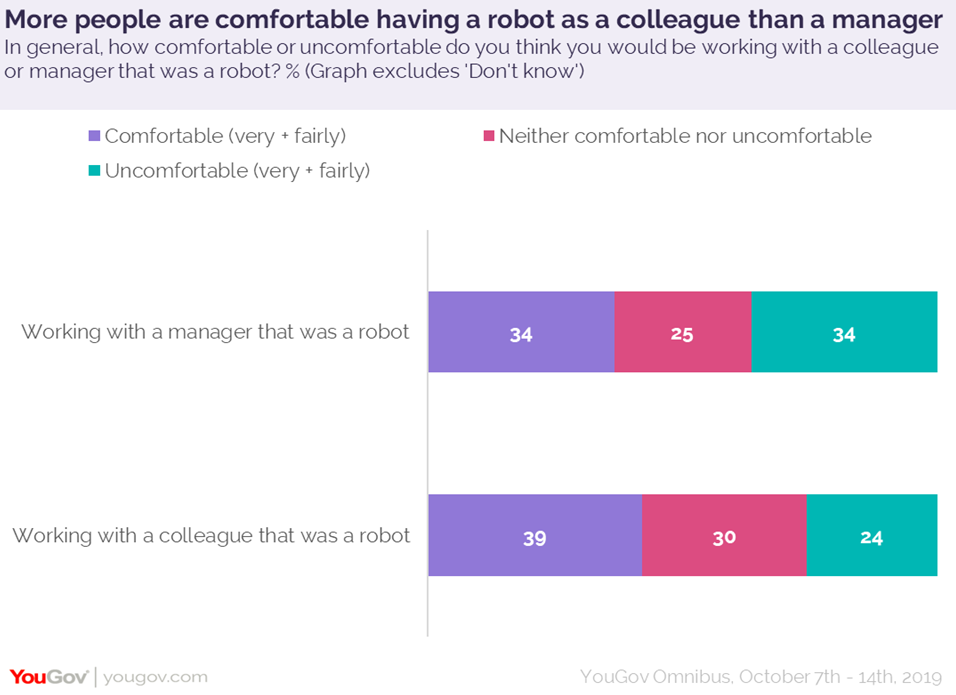 Men are more comfortable than women in sharing a professional life with robots – both as colleagues (44% men vs 31% women) and having them as their superior (38% vs 26%).

There is more optimism among UAE residents about sharing a personal life with robots, with three in five (60%) saying they can imagine befriending a robot in the future.

However, few UAE residents think robots have developed enough emotional capabilities to form relationships with humans. Just one in six (16%) think robots have already developed such capacities, compared to three in ten (31%) who believe they will do so in the future. Two in five (41%) reckon robots will never be able to develop emotional capabilities advanced enough to replace human relationships.

When it comes to intelligence, a third of UAE residents (34%) believe robots have already overtaken humans in terms of intelligence, while four in ten (39%) think they will do so in time. Only a fifth (19%) doubt that robots will ever be more intelligent than humans. Young adults between 18-29 years of age are the group most likely to think robots have already developed higher intelligence than humans (39%), compared to around three in ten of those in their thirties (31%) and aged 40 and above (29%). 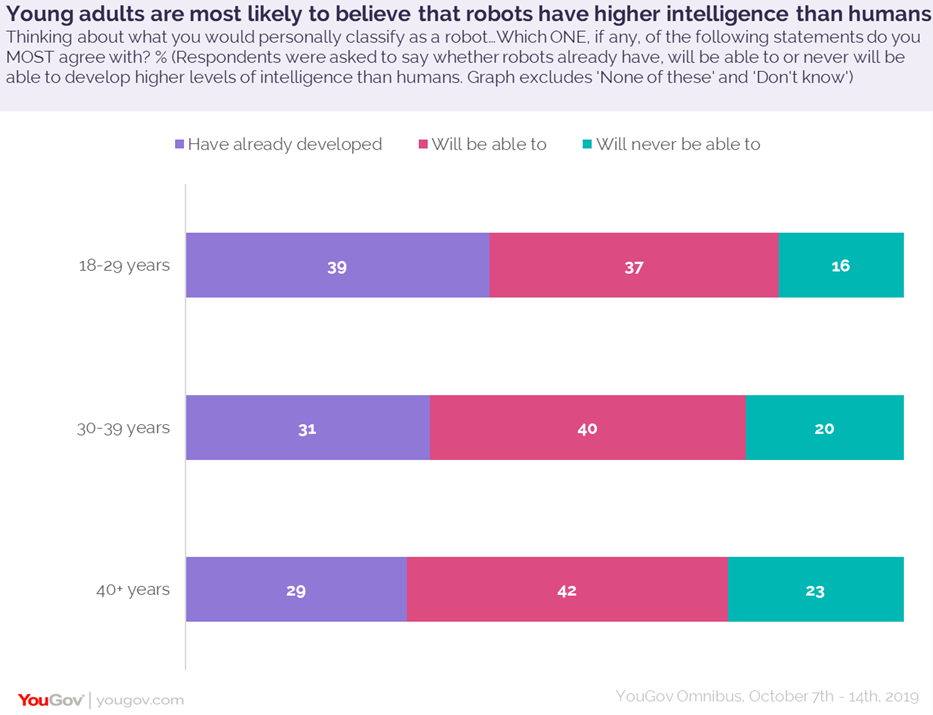 YouGov’s research reveals people in the UAE are divided on what constitutes a robot. More than half believe machines ‘capable of providing companionship’ – digital assistants such as Alexa, iPhone Siri, etc. (56%), alongside ‘machine automation- inventions like driverless cars, automatic vacuum cleaners (53%) are robots. However, nearing two in five (38%) would classify ‘machine-assisted technology’ – such as a self-checkout machine, or ATMs as robots, and almost as many (36%) would categorise ‘machines capable of taking non-verbal commands such as GPS’– as robots.

Data collected online by YouGov Omnibus among 1003 respondents in the UAE between 7th and 14th October 2019 using YouGov’s panel of over 6 million people worldwide. Data is representative of the adult online population in the country