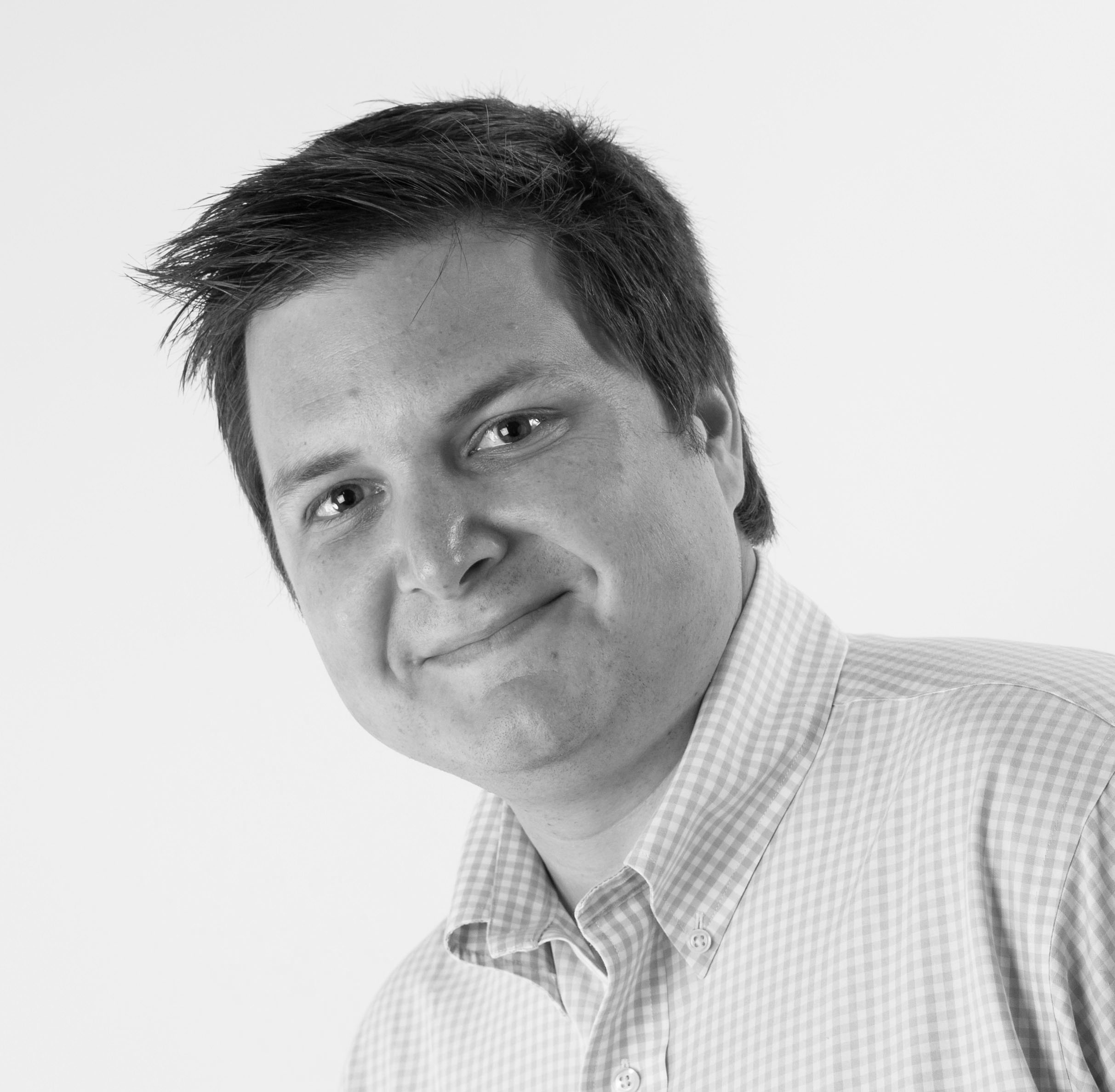 Scott has 15 years of experience in the research including 10 years in MENA, having joined YouGov in Dubai in 2010 as a Research Manager. His experience covers a wide array of research techniques, though he has a particular specialism in Travel, Tourism, and Entertainment. Scott’s major clients over the years include myriad top-tier companies such as Dubai Tourism, Abu Dhabi Tourism, Meraas, Miral, Emirates NBD, Jumeirah Hotels, Ford, Samsung, and IKEA etc.

A majority of UAE residents want a range of smartphone innovations but many don’t think they will see them in the near future, new YouGov research reveals.

When presented with a list of advances in communication technology, the data shows that UAE residents are most interested in seeing the launch of unbreakable screens (69%). This is closely followed by the development of better sand or water-resistant features (67%), motion charging phones (66%) and solar-powered devices (65%). 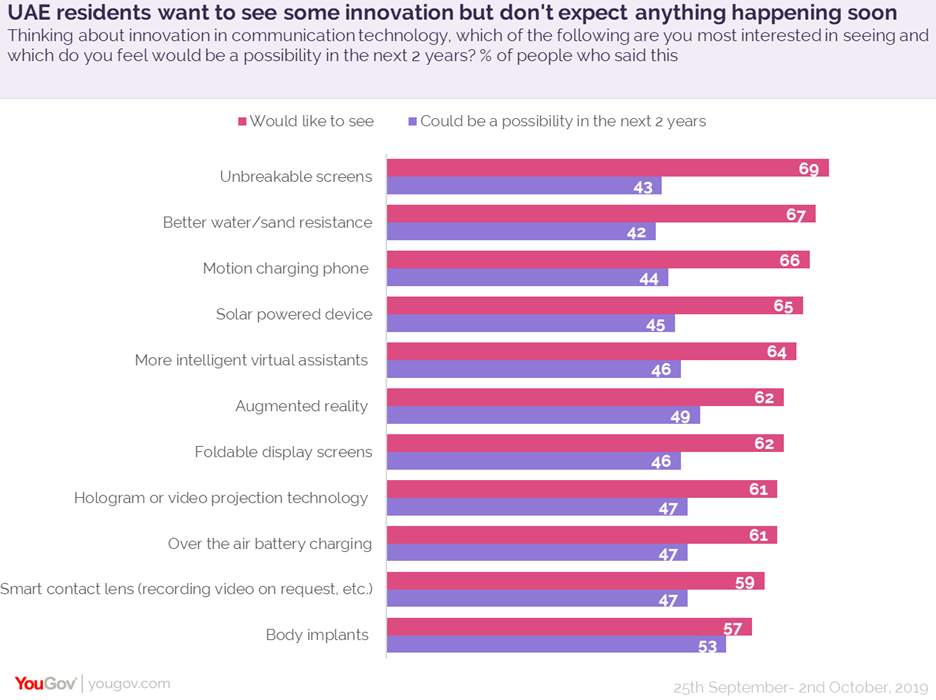 However, even though a majority want to see these innovations, fewer expect them to happen in the near future. Just over two in five (43%) feel unbreakable screens will be a possibility in the next two years, with similar proportions feeling the same about the introduction of water and sand resistant devices (42%), motion charging phones (44%) and solar-powered devices (45%).

Commenting on this Scott Booth, Head of Data Products & Services, MENA, said, “Not surprisingly when asked what innovations would be most meaningful to them, consumers focus on durability and battery life. Despite numerous iterative innovations in smartphone technology over the past few years, consumers are still hoping to have a device they do not have to worry so much about breaking or plugging in at any opportunity.”

Analysis of YouGov’s brand perception data around new handset launches from Samsung, Huawei, and Apple in 2019 suggests although the incremental innovations introduced by smartphone brands in each new device create some level of media interest, they don’t move the dial in other areas.

UAE’s leading smartphone manufacturer Samsung launched an upgraded version of its flagship phone, the Galaxy S10, in March, with advancements in its display and camera, and the world’s first in-display ultrasonic fingerprint scanner. Looking at the one-month period following the launch, we see the brand recorded an uplift of +5.0 in the Buzz – that measures whether one has heard something positive or negative about a brand, from 7th March and 7th April, 2019. However, Purchase Consideration – which measures whether someone would consider purchasing from the brand –  remained almost the same (+0.5) around this time period. 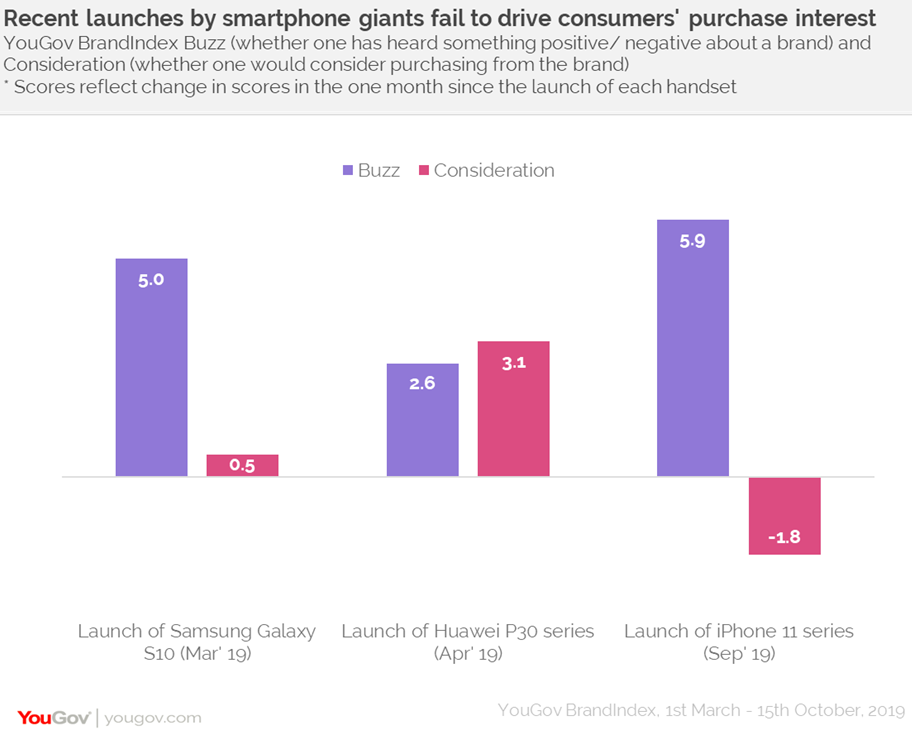 The picture is similar for emerging brands such as Huawei. Its flagship P30 series launched on 1st April with a calling card of super zoom lenses. Around the launch time, Huawei’s Buzz score increased by +2.6 between 1st April and 1St May 2019. Consideration saw an uplift of +3.1 within this time frame.

Huawei’s apparent strategy to undercut competition on price while offering a similar specification seems to be working with consumers. Priced around AED1700, Huawei P30 is more affordable than Samsung S10 - available for AED2400 and iPhone 11 for AED2800. Although Consideration has gone up to some extent, it is likely driven by competitive pricing rather than true breakthrough innovation.

The story is more worrying for Apple. It launched iPhone 11 Series with double and triple rear cameras on 11th September and the phones went on sale in the UAE from 20th September. The launch boosted iPhone’s Buzz score with a +5.9 increase between 11th September and 11th October 2019. However, its Purchase Consideration declined by 1.8 points over the same period.

“Although Apple is known as an innovator and consumers look to iPhone for innovation, the flagship innovation in the iPhone 11—its triple camera—came on the back of a number of android handsets already touting a triple rear camera. This appears to have played poorly in the market, as despite a spike in Buzz ahead of launch, the iPhone 11 has failed to push consideration for the brand”, added Scott.

As our data show, it is apparent that any time in the year these smartphone giants have launched new devices, residents in the UAE show notable interest. However, it appears this round of innovations is insufficient to drive new handset purchases. Given the apparent commoditization of smartphone handsets, whoever wins the race to the next major innovation may be poised to win big.

Scott has 15 years of experience in the research including 10 years in MENA, having joined YouGov in Dubai in 2010 as a Research Manager. His experience covers a wide array of research techniques, though he has a particular specialism in Travel, Tourism, and Entertainment. Scott’s major clients over the years include myriad top-tier companies such as Dubai Tourism, Abu Dhabi Tourism, Meraas, Miral, Emirates NBD, Jumeirah Hotels, Ford, Samsung, and IKEA etc.