As the UAE prepares for its new sugar tax to take effect soon, YouGov’s latest research reveals that the majority (55%) of UAE residents support its implementation, while just one in five (20%) oppose it.

The survey shows that 66% of high income earners (those earning AED 40,000+ per month) support the tax whereas support amongst those earning AED 5,000 or less per month is considerably lower at 48%.  Support for the new sin tax amongst young adults between 18 and 24 years was lower at 47% compared to 56% amongst older age groups. Amongst the genders, a higher number of men than women favour its implementation (57% vs 50%). 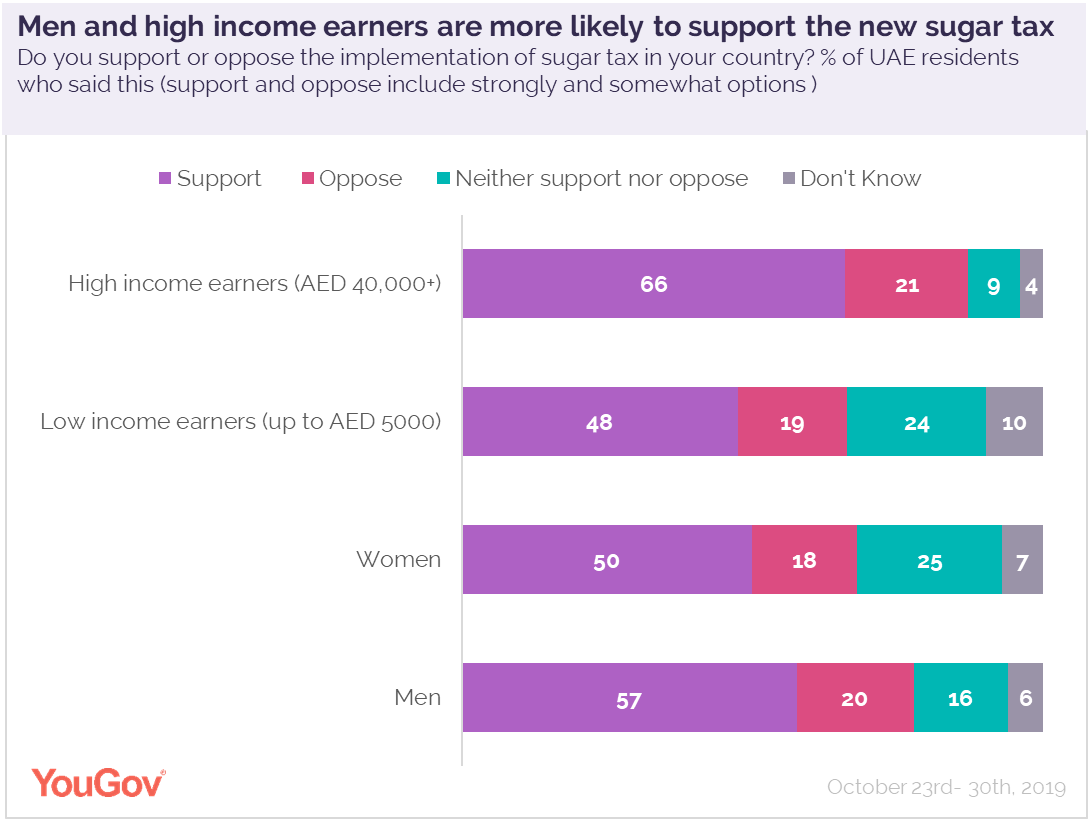 Although the majority of surveyed respondents (61%) were aware of this initiative by the government, two in five (39%) did not know about it.

Of those who support the tax, more than three-quarters (77%) also agree with the idea of a complete ban on the sale of high sugar drinks in the country. People aged 40 and above tend to favour a ban more than young adults between the ages of 18-24 years (84% vs 64%).

While a majority say the increased prices will change their behaviour by either reducing (41%) or stopping (13%) their consumption of sugary drinks, close to half (46%) say their intake will remain unaffected. 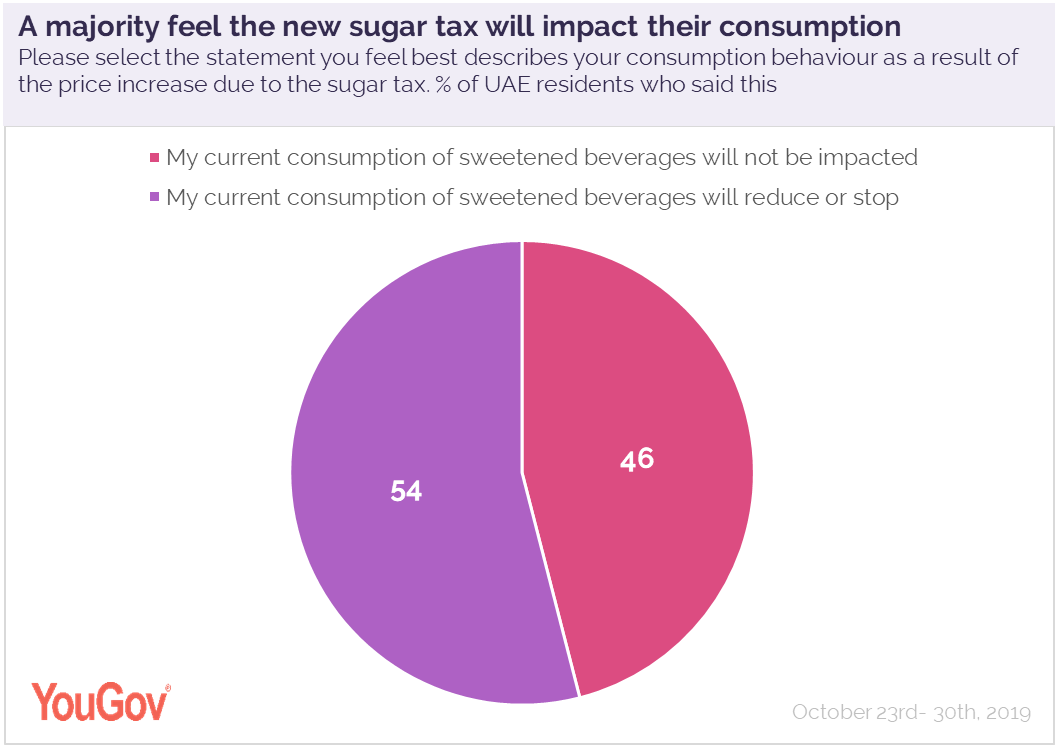 The new tax aims at reducing the consumption of specific goods typically harmful to either human health or the environment. Around two-thirds believe it will help to reduce the intake of unhealthy foods and beverages (67%), check sugar addiction (66%) and prevent chronic diseases linked to sugar (65%). To that end, more than seven in ten (73%) feel greater transparency about a product’s contents will further help consumers make healthy choices.

Apart from the sugar tax, more than half of UAE residents feel additional initiatives by the Government to encourage walking (59%) and systemizing nutrition standards for children’s food in schools (55%) will benefit public health. Many also think health initiatives such as marathons (49%) and community weight loss challenges (48%) are also likely to help people.

Data collected online by YouGov Omnibus among 1002 respondents in the UAE between 23rd and 30th October 2019 using YouGov’s panel of over 6 million people worldwide. Data is representative of the adult online population in the co
share
Please read our community rules before posting.