Following on from the Ad of the Month's success in October, Global Village is again the brand that has achieved the greatest uplift in its Ad Awareness in the UAE in November. The multicultural festival park opened for the 24th season on 29th October 2019 and created an enormous amount of excitement in the market which it has managed to sustain with no signs of slowing down.

Initially, the brand released a number of adverts to promote the new season, highlighting what’s new this year, with additions such as Ripley’s Believe It or Not. While this messaging has continued throughout November, the brand has also added communications around specific events, such as National Day celebrations at Global Village and upcoming performances by Martin Avari and Nawal El Zoghbi.

The ongoing campaign includes online, print and out of home advertising and the results of such efforts are clear to see, with YouGov BrandIndex data showing the brand’s Ad Awareness score (whether someone has seen an ad for the brand in the past two weeks) increased by an impressive 12.4 points, from +31.7 on the 1st November to +44.1 at the end of the month. 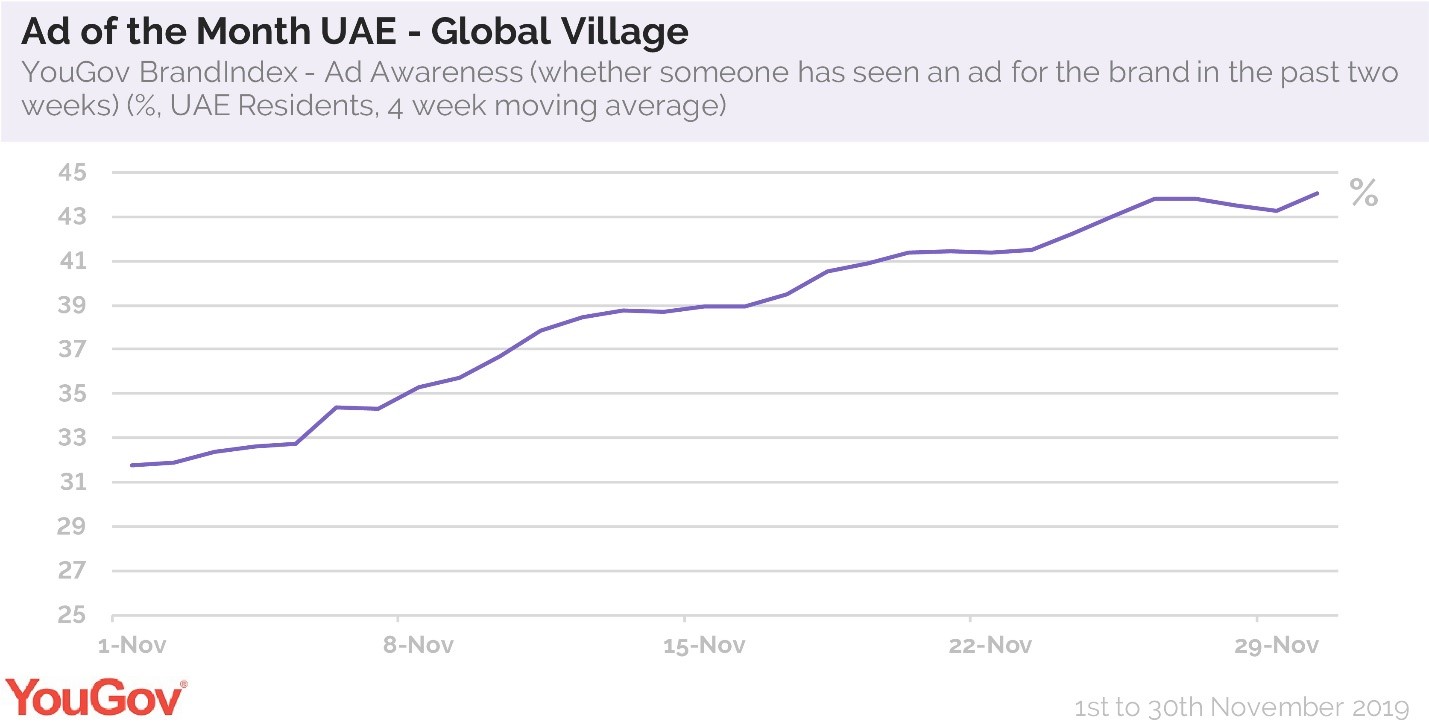 Every year Global Village manages to create re-opening campaigns that resonate with UAE residents. Historical BrandIndex data consistently shows an uplift in Ad Awareness scores for the brand from mid-September through to the New Year, which is then sustained until the end of the season (end of April). While this year is no different, it’s impressive to highlight Global Village’s Ad Awareness scores are currently tracking ahead of the same period last year, with an average uplift of 5.8 points year-on-year for the period August to November. A contributing factor to the increased Ad Awareness scores this year may be the appointment of Publicis Groupe as Global Village’s integrated communications partner. 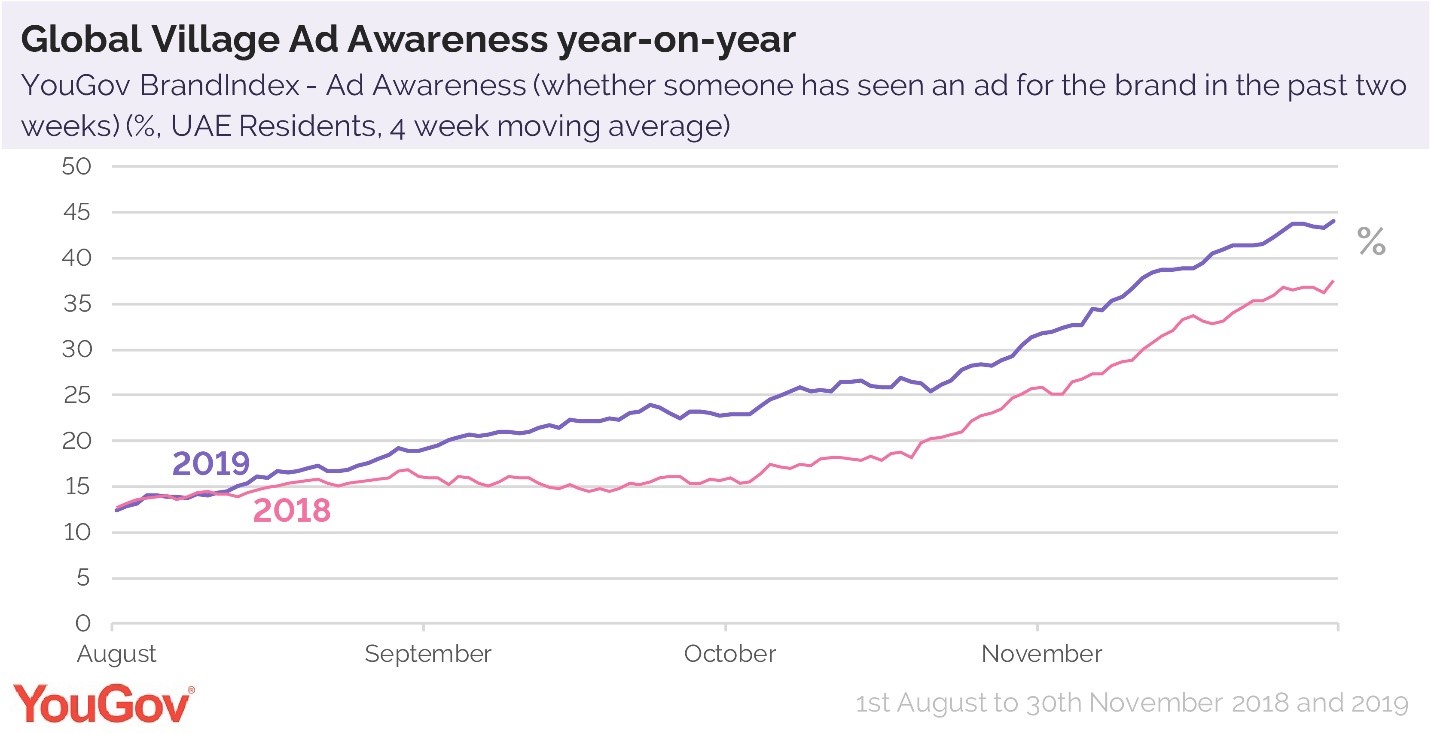 Global Village can be confident their adverts are being noticed by UAE residents and in the coming months our brand tracking data will also be able to show how successful the season has been for the park in terms of visitation and satisfaction.