The messaging service app continues to hold the top position, leading as the brand with the most positive Buzz amongst consumers in Egypt

WhatsApp leads the annual YouGov BrandIndex Buzz Rankings yet again in Egypt, and is, therefore, the brand with the positive Buzz among consumers in the country. 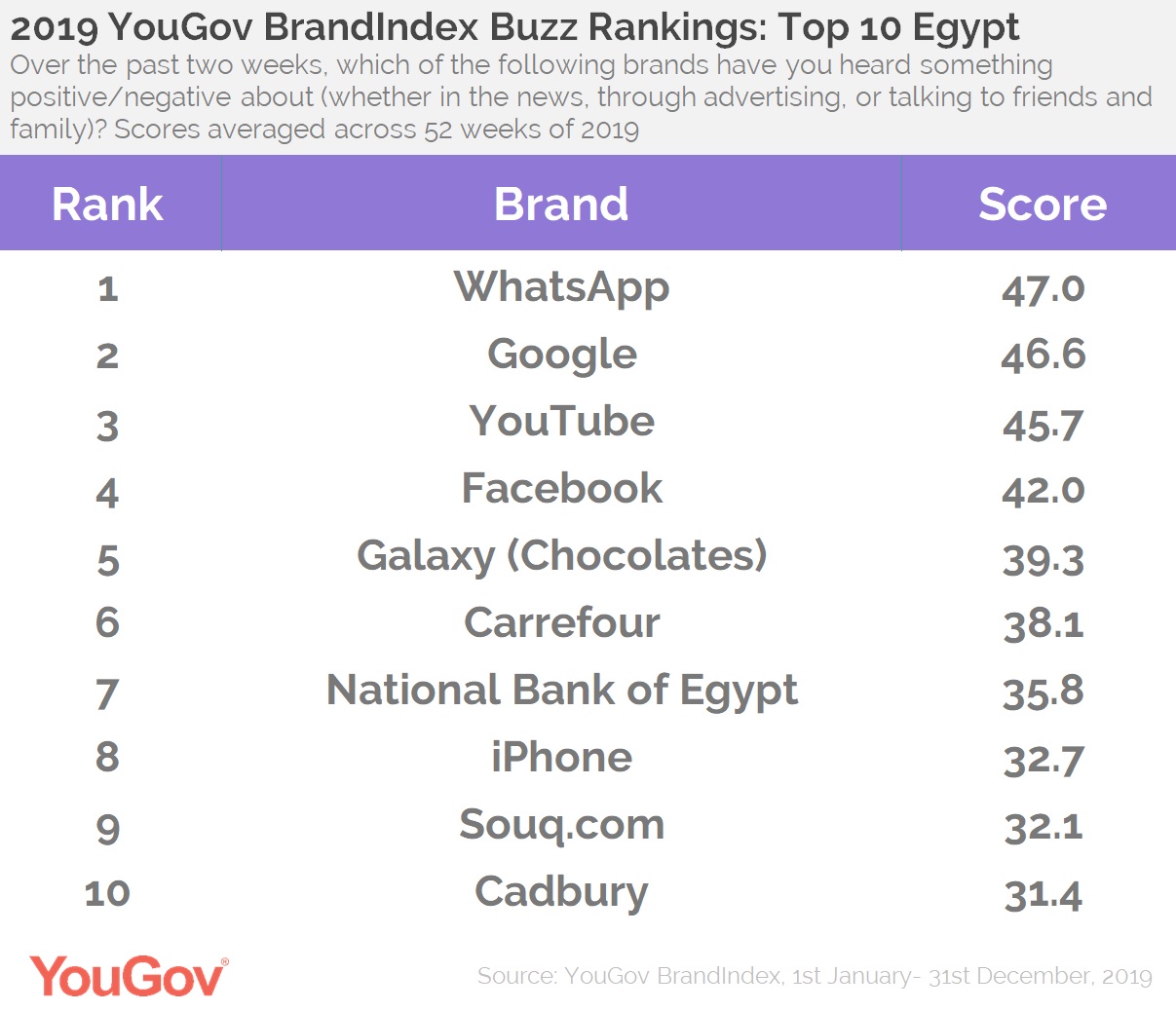 Technology brands saw impressive gains in terms of Buzz scores. Both Google and YouTube climbed up one spot to place second and third in the list of brands with the most positive Buzz in Egypt.

However, social media giant Facebook has been recording a year-on-year decline in its score and has fallen from the top place in 2017 to second in 2018, and now is placed at fourth. iPhone also moved down the list, from sixth in 2018 to eighth in the 2019 rankings.

Galaxy (Chocolates) and National Bank of Egypt remain in the same positions as last year; fifth and seventh, respectively. Carrefour, Souq.com and Cadbury have each made an impressive entry into this year’s list, placing in sixth, ninth and tenth, respectively.

YouGov BrandIndex has also released the ten “most improved” brands of the past year. Netflix tops the list with a rise of +6.0 points in its Buzz score, going from +8.8 last year to +14.8 this year. The brand’s expansion strategy of introducing locally-produced original content in the region seems to be working well with consumers and is likely contributing to uplifts in positive Buzz around the brand. 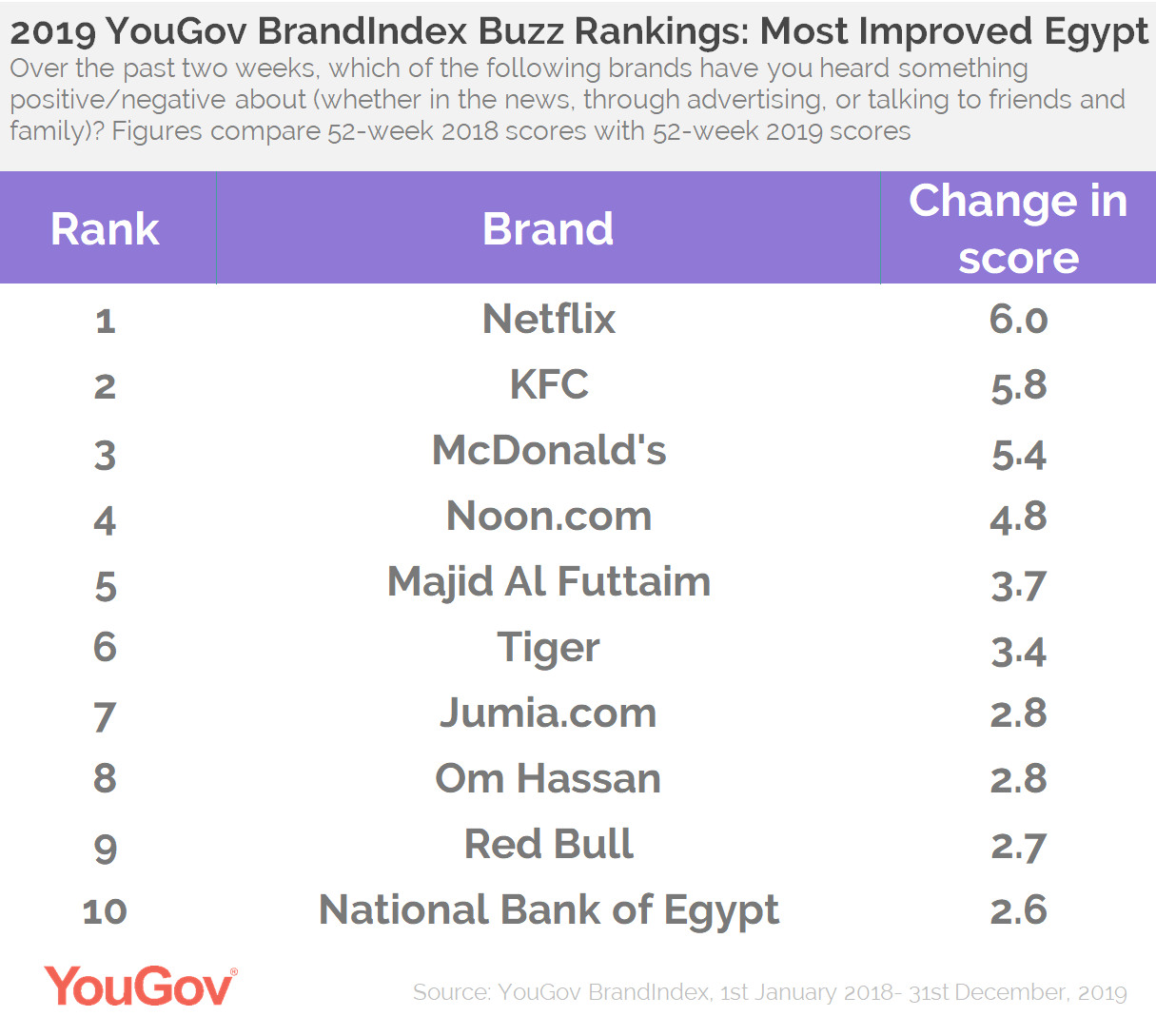 QSR brands KFC and McDonald’s are the second and third best improvers, with a change in score of +5.8 and +5.4, respectively.

The 348 brands in YouGov BrandIndex were ranked using the Buzz score which asks respondents, “If you've heard anything about the brand in the last two weeks, through advertising, news or word of mouth, was it positive or negative?” Scores are net scores, calculated by subtracting the percentage of negative responses from the percentage of positive responses for each brand.