WhatsApp tops Egypt’s Women’s Choice rankings for the second consecutive year, and has received the highest Impression score of +60.5 among women in the country. Google replaces Galaxy (Chocolates) in second and the latter has moved down one place to third in this year’s rankings.

The rankings were compiled using the Impression score from YouGov’s daily brand tracker, BrandIndex, by asking respondents, “Overall, of which of the following brands do you have a positive/negative impression?” over the past 12 months.

Almost all brands in the top 10 have seen their net Impression scores decline amongst women year–on-year. Even though WhatsApp tops the rankings, its Impression score has declined (scoring +60.5, compared to +62.6 previously).

Likewise, iPhone continues to show declining scores year-on-year in Egypt. After falling from sixth in 2018 to seventh in 2019, it experienced the greatest decline among the top ten brands this year and has fallen down to the tenth position in the 2020 rankings.

Facebook remains in the same position (fifth), but again its Impression score has decreased. Similarly, though Almarai has moved up one spot to ninth, its score has fallen over the past year, just not at the same rate as some of the other brands in the top 10. 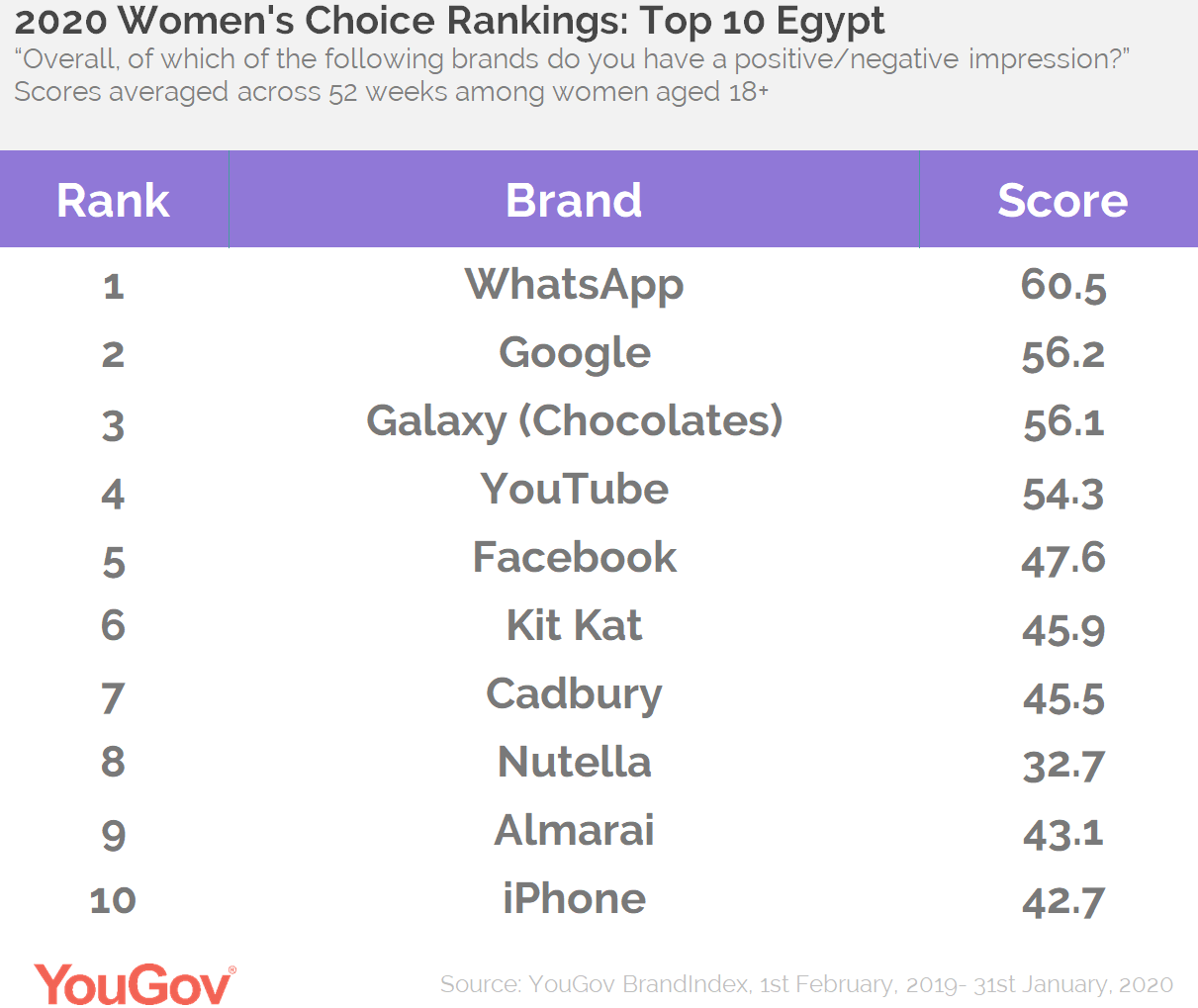 The story is similar for chocolate and confectionary brands. Along with Galaxy (Chocolates), Kit-Kat, Cadbury and Nutella also re-appear in this year’s list. Although Kit Kat remains in the sixth spot, Cadbury and Nutella have moved up one place each—to seventh and eighth, respectively. However, the scores of all these brands have declined in the last 12 months.

Notably, YouTube is the only brand from the top 10 that has recorded improvement to its Impression score over the past year and remains in the fourth spot, a notable achievement for the brand.

YouGov also revealed the 10 brands that made the largest improvement to their Impression scores over the past 12 months. Majid Al Futtaim is the most improved brand of the past year among women, with a change in score of +8.0, going from an Impression score of 17.6 in 2019 to 25.7 in the 2020 YouGov Women’s Choice Rankings. 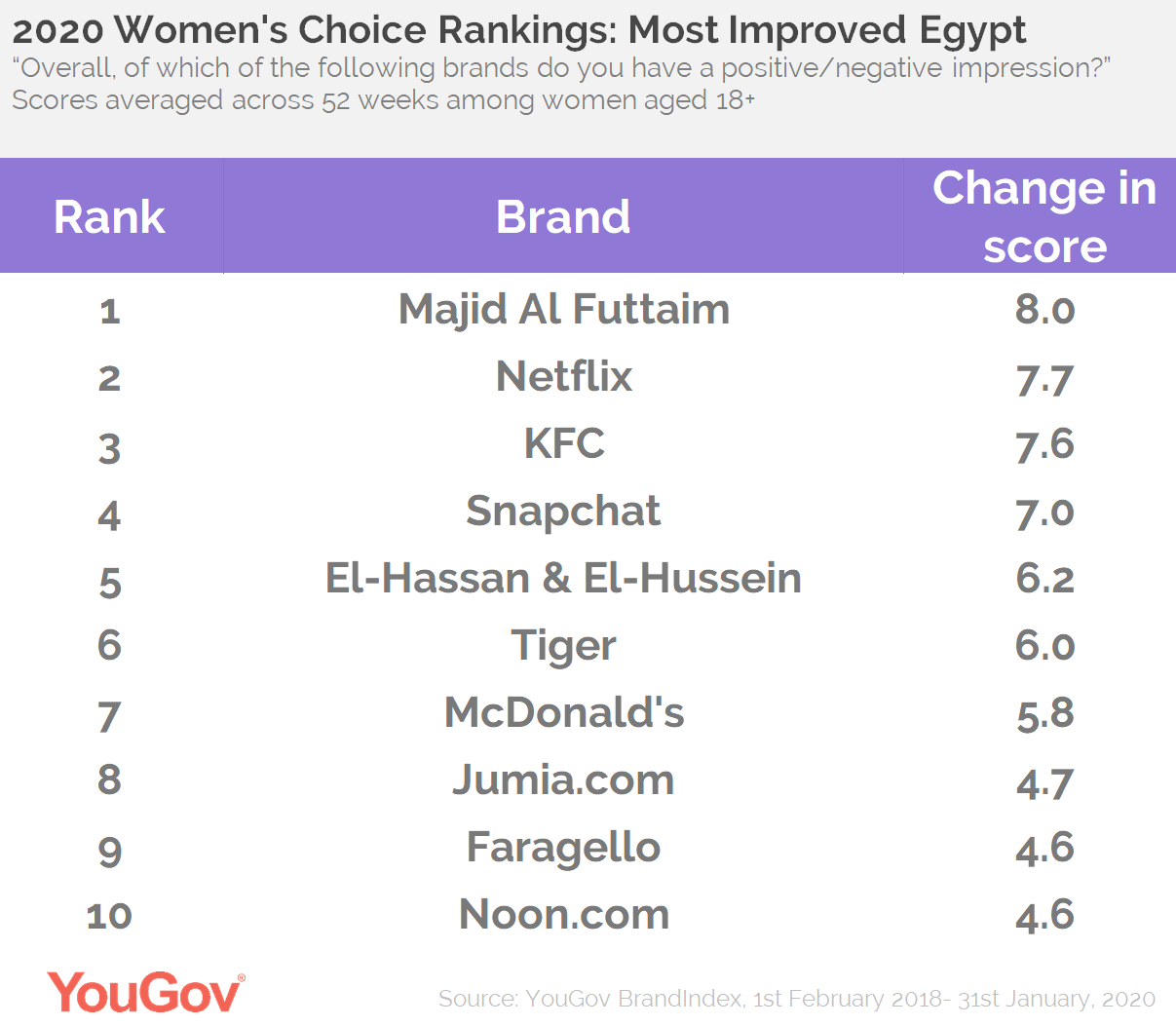 Netflix’s diverse original and local content may have helped the brand become the second-best improver with a change in score of +7.7.

The surge in the popularity of food and beverage brands has been impressive. The improvers list sees the presence of leading food and beverage brands: Tiger (+6.0) and McDonald’s (+5.8). KFC (+7.6), El-Hassan & El-Hussein (+6.2) and Faragello (+4.6) also appear in the list although it should be noted that all these brands still hold a negative net Impression score despite improvement over the past year.