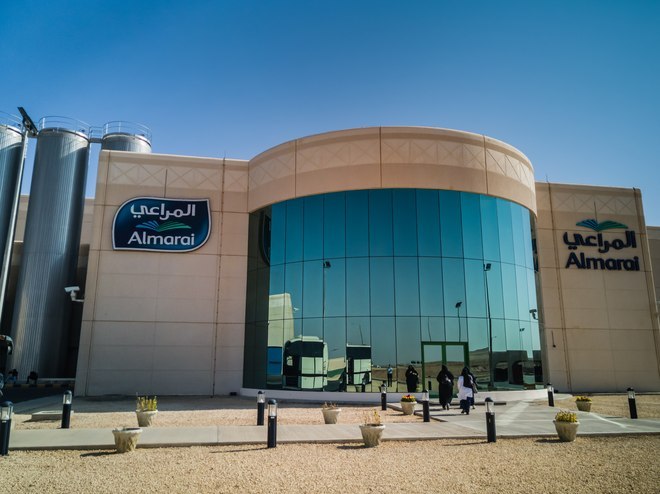 YouGov Customer Loyalty Rankings 2020 reveals that Almarai, yet again, is the brand with the most loyal customers in Saudi, as measured by reconsideration scores amongst customers of the brand, with a Loyalty score of 81.1. Almarai is closely followed by Saudia and Al Baik (with a difference of less than a tenth of a point), highlighting the strength of local brands within the kingdom despite the challenging times. 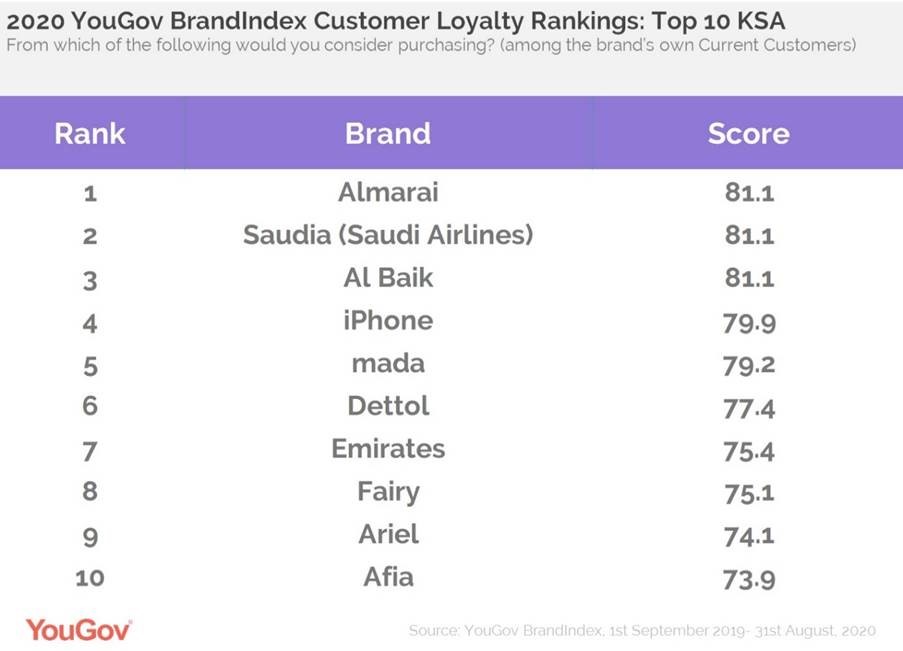 Despite having a travel ban on international flights since March, due to the pandemic, Saudia and Emirates have strengthened their positions in the Customer Loyalty rankings over the past year. Saudia’s strong loyalty among its customers has landed it the second place in this year’s rankings, up from third last year. On the other hand, Emirates has emerged as the biggest mover within the top 10 brands, making a new entry into the list in seventh, up from fifteenth last year.

Although restaurants remained closed for an extended period amidst the pandemic, loyalty towards Al Baik remains steady, and it ranks third in this year’s Customer Loyalty rankings. iPhone and mada also held steady, in terms of loyalty with customers, with no change in their rankings from the previous year.

Consumer brand Dettol enjoys strong loyalty amongst customers and remains in sixth position this year as well. Other brands such as Fairy, Ariel and Afia have also secured their positions, placed in the eighth, ninth and tenth, respectively, in the 2020 rankings.

YouGov BrandIndex has also released the ten “most improved” brands - brands that have registered the largest improvement to their loyalty score, as measured by reconsideration rates, in the past year. Al Raya and STC Saudi Telecom are the “most improved” brands of the past year, with a rise of +7.7 points each to their loyalty scores. H&M is the third best improver, with a change in score of +7.4 points. 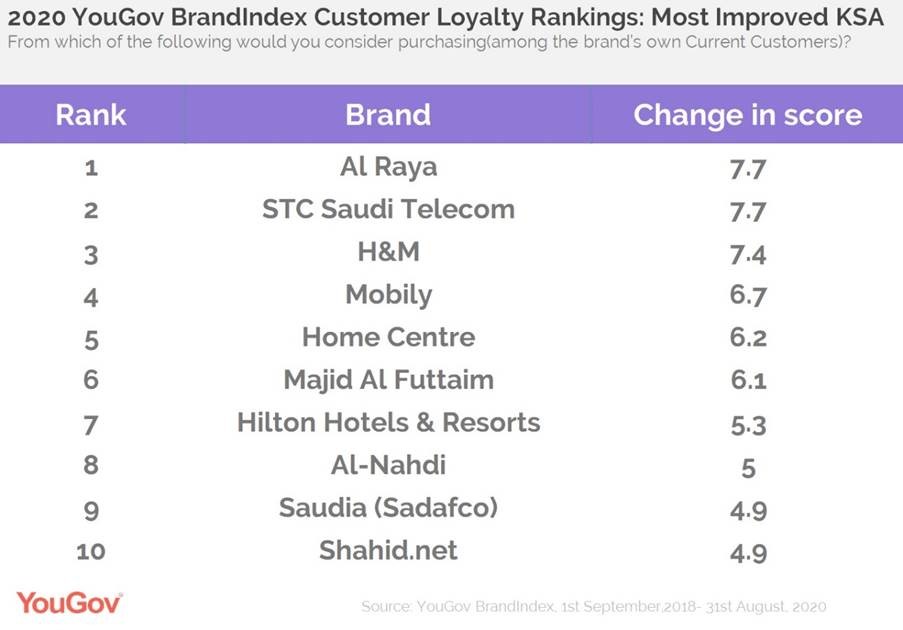 Despite being affected by the Coronavirus outbreak, hospitality chain Hilton Hotels & Resorts has made marked improvements to its loyalty score and makes an appearance in the list of top 10 improvers of 2020, with an increase of +5.3..

The 598 brands in YouGov BrandIndex were ranked using the Consideration score amongst the brands’ own Current Customers. By looking at what proportion of a brand’s own customers would consider their own brand the next time they are in the market, we can understand how loyal a brand’s customers are.

All Loyalty scores listed have been rounded to a single decimal place, however, we have used additional precision to assign ranks.