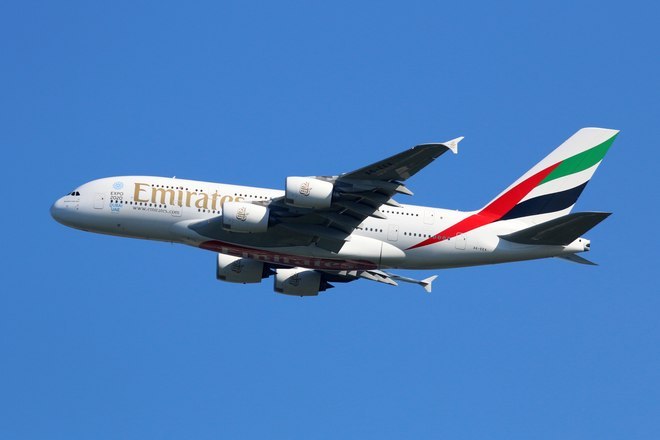 YouGov Customer Loyalty Rankings 2020 reveals that Emirates is the brand with the most loyal customers in the UAE, as measured by reconsideration scores amongst customers of the brand, with a Loyalty score of 88.6. 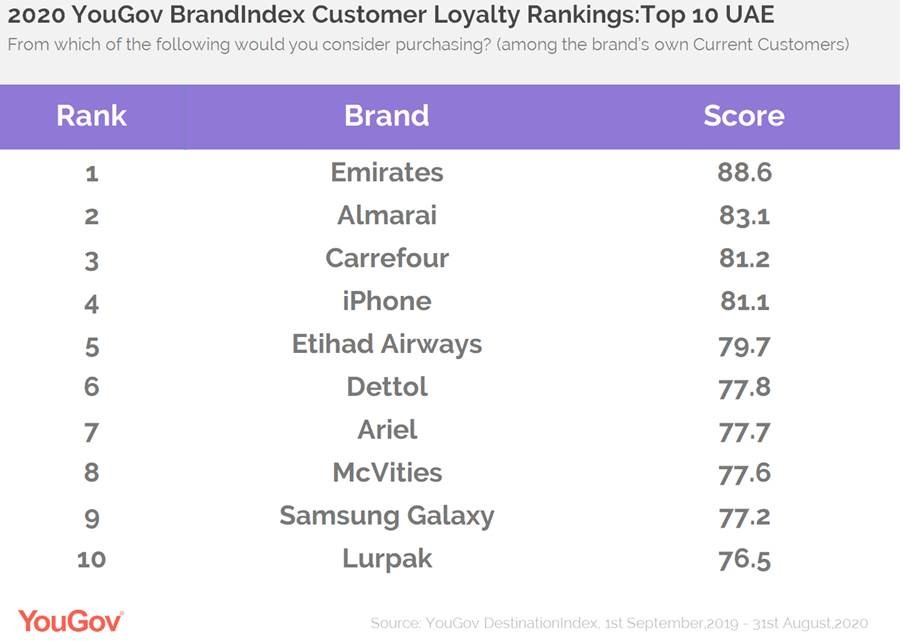 After Emirates, Etihad also features in the top 10 at fifth spot with no change in ranking from the previous year. Despite the extended period of not being able to fly with these brands, loyalty towards the brand has remained strong for both carriers.

Within the top 10, the biggest movers were Lurpak, a new entry at tenth up from fifteenth last year, and Dettol, up to sixth this year from tenth last year. With the Global pandemic hitting, we have also seen staple products like Almarai and McVities consolidate their positions in the loyalty rankings.

Popular handset brands, iPhone and Samsung Galaxy remain high in terms of loyalty with customers not showing a change in reconsideration rates despite their status as luxury items in the midst of a tough economic climate. This will be reassuring as both handset brand’s flagship products have announced/released their latest iterations relatively recently. 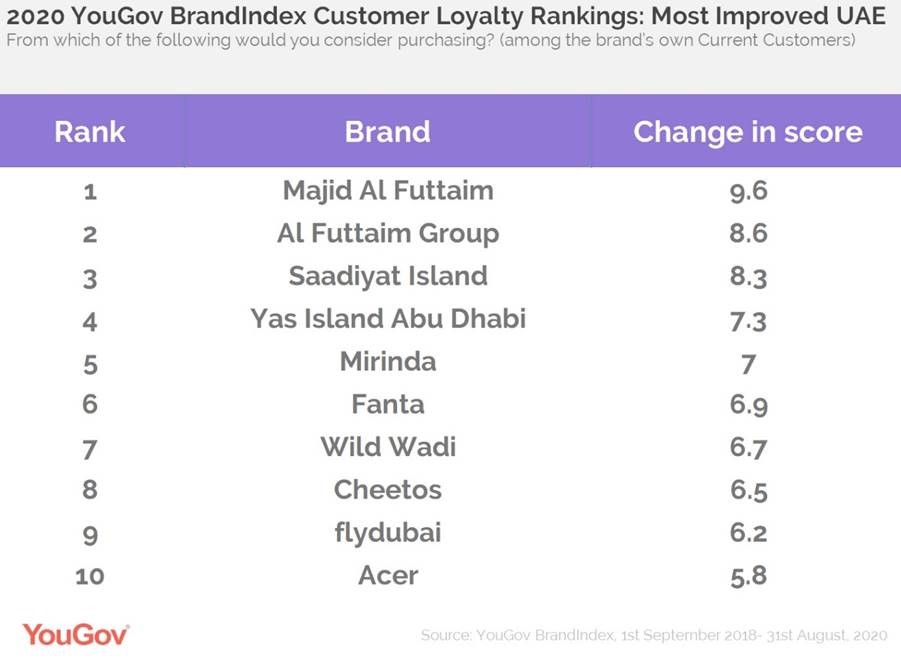 Leisure destinations such as Saadiyat Island and Yas Island Abu Dhabi have also seen a notable uplift in their loyalty score, more notably around the time when Yas Island was announced as the host destination of UFC as Fight Island. Consumer brands like Mirinda, Fanta and Cheetos also make an appearance in the list of improvers highlighting the role of familiar FMCG power brands in maintaining comfort through periods of prolonged lockdown and social distancing.

flyDubai and Acer are other brands that complete the list of the most improved brands of 2020 in terms of loyalty as measured by Reconsideration rates.

The 736 brands in YouGov BrandIndex were ranked using the Consideration score amongst the brands’ own Current Customers. By looking at what proportion of a brand’s own customers would consider their own brand the next time they are in the market, we can understand how loyal a brand’s customers are.

All Loyalty scores listed have been rounded to a single decimal place; however, we have used additional precision to assign ranks.