YouGov looked at lucky draw competitions run in the UAE to understand a little more about who takes part and what they may want from such draws in the future.

We polled a representative sample of 1,000 UAE residents in October 2020 and discovered that 83% are either very or somewhat interested in participating in lucky draws, specifically the Big Ticket Abu Dhabi Duty Free or the Dubai Duty Free Millennium Millionaire draws. 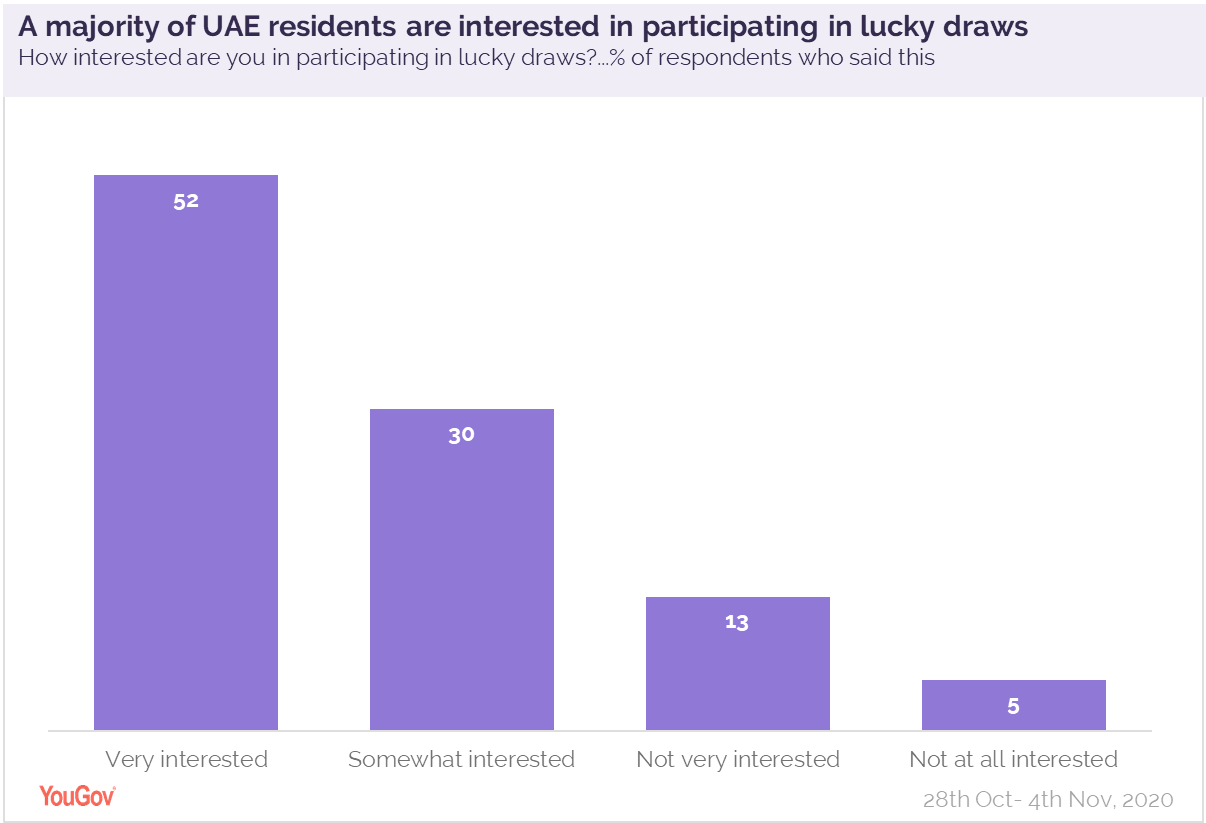 However, only 29% say they actually buy a ticket in at least one of the draws every month while a further 39% say they play less often, and 32% say they never play in either draw.

Even among those that say they have never bought a ticket, 60% are somewhat or very interested in doing so, showing a great deal of latent demand. 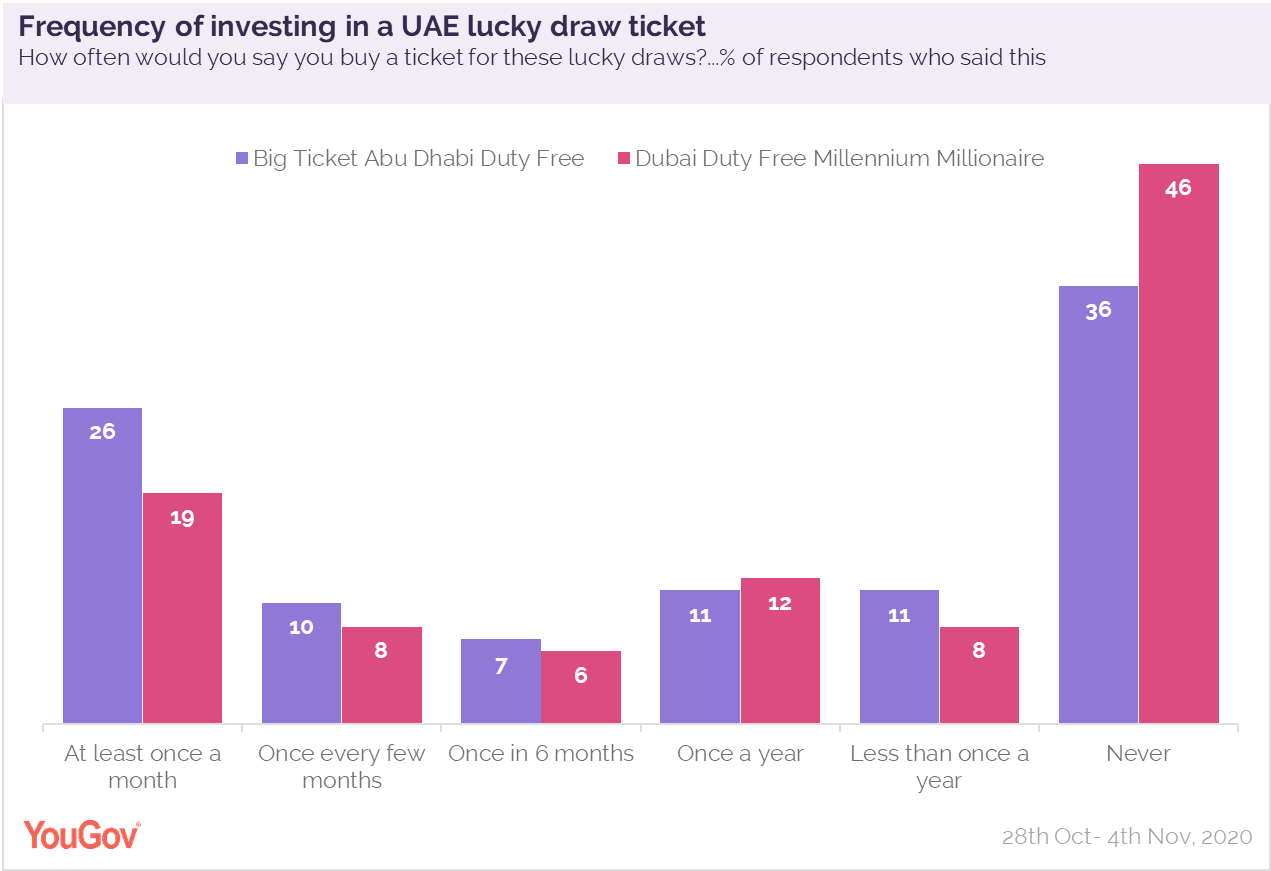 Those that say they buy a ticket at least once a month are more likely to be higher earners – of those earning over AED 25,000 we find 34% play ‘Big Ticket’ at least monthly and 27% play ‘Millennium Millionaire’. Younger people are more likely to play every month (33% of 18-24s play monthly) but the largest group of players are those aged 25-34 who make up 37% of all monthly players. Women play less frequently and are more likely to say they have never played. Of all nationalities, it is Emiratis who are more likely to have played either game in the past month (35%) though they make up only 14% of all players, and more of those from any nationality living in Abu Dhabi than in Dubai play each month (32% vs 28%).

The games appeal to an interesting group: among those more likely to play each month are new car buyers (37%), regular donators to charity (36%) and fast food eaters (44%). Ticket buyers are also more likely to say they ‘don’t mind taking risks with my money’, with 48% agreeing compare with only 36% of those that don’t buy tickets.

Overall, 65% of the population say they actually would prefer to buy cheaper tickets for smaller prizes rather than more expensive tickets for larger prizes. For those who buy tickets monthly this drops to 60% but for those who never play it rises to 72% (and up further to 80% for women who never play) suggesting a cheaper ticket may be a way of engaging more people to play.

With the launch this year of the Mahzooz lottery it will be interesting to monitor the impact, if any, on the popularity of these two prize draw games.

YouGov surveyed a nationally representative sample of 1,000 members of the public across the UAE, drawn from its own panel of research respondents. Individuals were interviewed anonymously online during October 2020.