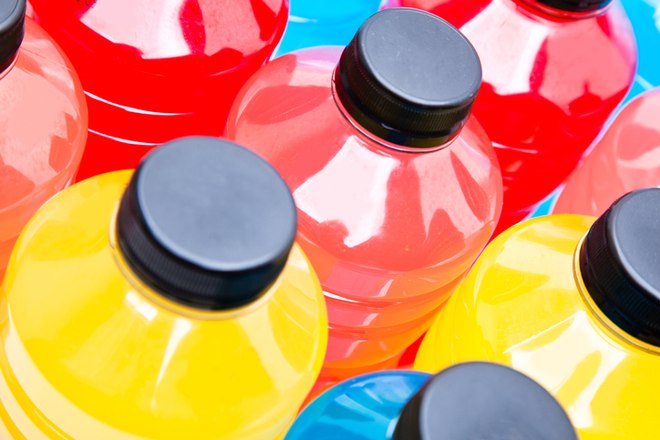 Much like how the characters in Sting’s ad get an energy boost, the brand’s Ad Awareness score also soared in the month of June.

According to data tracked by YouGov’s BrandIndex, carbonated energy drink Sting, owned by PepsiCo International and produced by Rockstar Inc, saw the highest rise in Ad Awareness between May 25 to June 24 of all the brands we track in Egypt. The score, which evaluates how many people have seen a brand’s advertisement over the previous two weeks, rose by 5 points from 4% to 9% of the adult population of EGY, over the month.

Sting released an ad teaser featuring popular singers Hassan Shakosh, Hamo Bika and Omar Kamal in the first week of June. A series of ads followed the teaser, featuring each artist separately with the hashtag #MakeTodayTwoDays and highlighting that the drink would be available for only 5 EGP.

The Ad Awareness score of the brand hovered between 3% and 4% from the end of May till the first week of June. The score crossed the 4% threshold on June 6 and gradually climbed up to 9% by June 24. Sting’s score of 9% is the highest the brand has achieved since its last major activation in July 2020.  Overall Awareness of the brand has seen a 4% uplift as well but no noticeable uplift in Consideration or Customer numbers can be seen from the data so far. Will be interesting to monitor how this changes in the weeks ahead.

Methodology: YouGov BrandIndex collects data on thousands of brands every day. Sting’s Ad Awareness score is based on the question: Which of the following beverage brands have you seen an advertisement for in the past two weeks? Scores are based on an average daily sample size of 1,293 adults in Egypt between May 25 to June 24, 2021. Figures are based on a 4-week moving average. Learn more about BrandIndex.