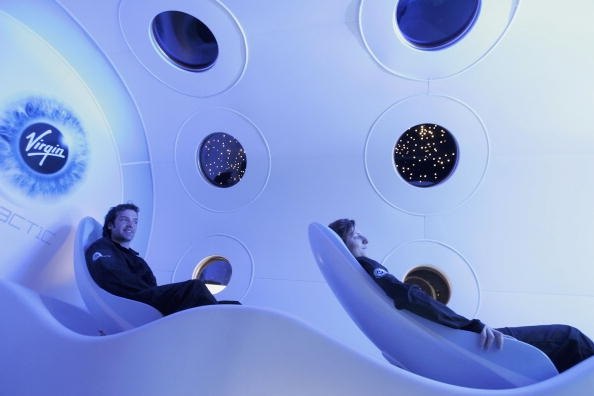 Billionaires like Richard Branson and Jeff Bezos have marked a major milestone in space tourism, with their recent space tours and plans of flying passengers to space in suborbital flights by early next year. But it’s not an excursion that appeals to everyone.

YouGov’s latest study among 1028 respondents in the UAE reveals half (51%) of the respondents are likely to hop on a suborbital flight if the price wasn’t a constraint, the rest remain indecisive (25%) or are unlikely to buy a ticket even if they could afford it (24%).

Once regarded as a topic reserved for science fiction, space tourism may very well soon be offered by private companies such as SpaceX, Blue Origin, and Virgin Galactic. Interest in being a space tourist is higher (54%) among younger adults (18-44 years), whereas older adults (45 years & above) are comparatively less likely to be interested (41%).

Similarly, men when compared to women are more likely to get themselves a ticket for a suborbital flight, provided money wasn’t a concern (55% vs 43%).

The survey also shows that residents from high-income groups (earning AED 25,000+) are more inclined towards space travel compared to the other income groups.

Among those interested in traveling into space, the most common reason given to do so was to experience something unique (53%). Many claimed their reason to go to space would be to see the view of earth from space, view other planets, or experience weightlessness in zero gravity conditions (43% each). For some, it seems to be a lifetime dream or goal (34%).

Out of those who were undecided or unlikely to board a space flight even if money wasn’t a constraint, their main reason to say so was that they think they could utilize the money in something else (33%) or because they believe the flight would not be an easy one (32%).

Some fear the experience will be unsafe (28%) while others are not interested in going to space at all (19%).

With the current advancements in space travel, there is every reason to believe that commercial space tourism will have a significant impact on the economy, ultimately benefitting society at large. When asked about the advantages of the evolvement of space tourism, about half of the respondents in UAE feel it would lead to overall technological development & innovation and serve as a source of inspiration or education for the younger generation (50% and 47% respectively). Many (37%) think it will yield economic benefits like the creation of new spaceports, greater job opportunities for people.

In addition to this, a little over a third (36%) see it as an opportunity for transformational changes for mankind- like the creation of hypersonic flights which would make travel between two ends of the world a matter of just a few hours (London to Sydney in less than 4 hours).

While space tourism remains largely an accessible domain for the super-rich, a majority (60%) of surveyed respondents think that in the next ten years or so, people will routinely travel in space as tourists. Only a small number thinks it won’t happen (12%), while almost three in ten (28%) remain undecided.

Data was collected online among 1028 respondents in the UAE by YouGov’s Omnibus between August 11th- 18th 2021 using YouGov’s panel of over 15 million people worldwide.