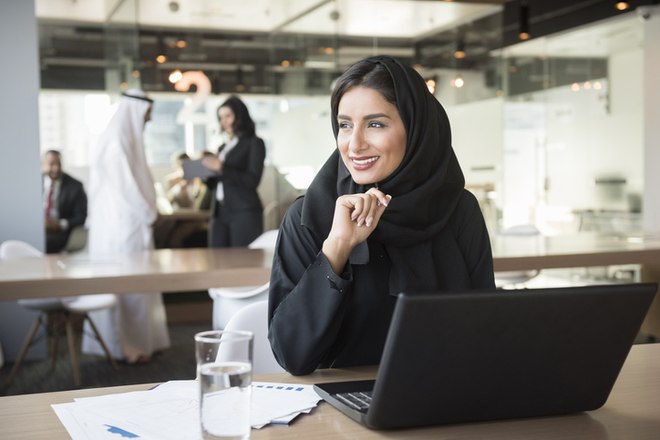 Currently, a majority (79%) in the UAE claim their organization has made a switch to the new workday policy. Of these, the proportions claiming to follow a four-and-a-half-day workweek (Mon- Fri noon) and a new five-day work week (Monday-Friday) are similar (47% and 53%, respectively). However, the former transition is more prevalent in the public sector, while the latter is dominant among private-sector employees.

Difficulty in adjusting to new work week (29%), trouble in planning holidays (26%), and less family time (24%) due to differing work weeks are stated as some other issues that people in UAE are currently facing or are likely to face in future.

Data shows young adults between 18-24 years seem to be experiencing all the above-mentioned challenges much more than the other age groups.

Despite the challenges, a majority (61%) of UAE residents said they are happy with the new work week policy, with respondents aged 35-44 years appearing happier than others with this development (at 67%).

When asked about the benefits of the new work policy, almost half (48%) of the respondents stated that shorter work weeks lead to better work-life balance or higher productivity. Despite claiming to be most impacted by the transition, more than half of 18–24-year-olds (54%) recognised this as an advantage.

Nearly half of all respondents (47%) think that the new policy will boost the economy as it eliminates the weekend gap, making UAE look more attractive to foreign talents and investments.

At a personal level, two in five (42%) see it as an opportunity to better align their schedules with international colleagues, while almost the same number (43%) say that it will be now easier for them to visit or plan holidays with friends and family staying abroad.

Data was collected online among 1026 respondents in the UAE by YouGov’s Omnibus between January 26th – 31st, 2022 using YouGov’s panel of over 15 million people worldwide.